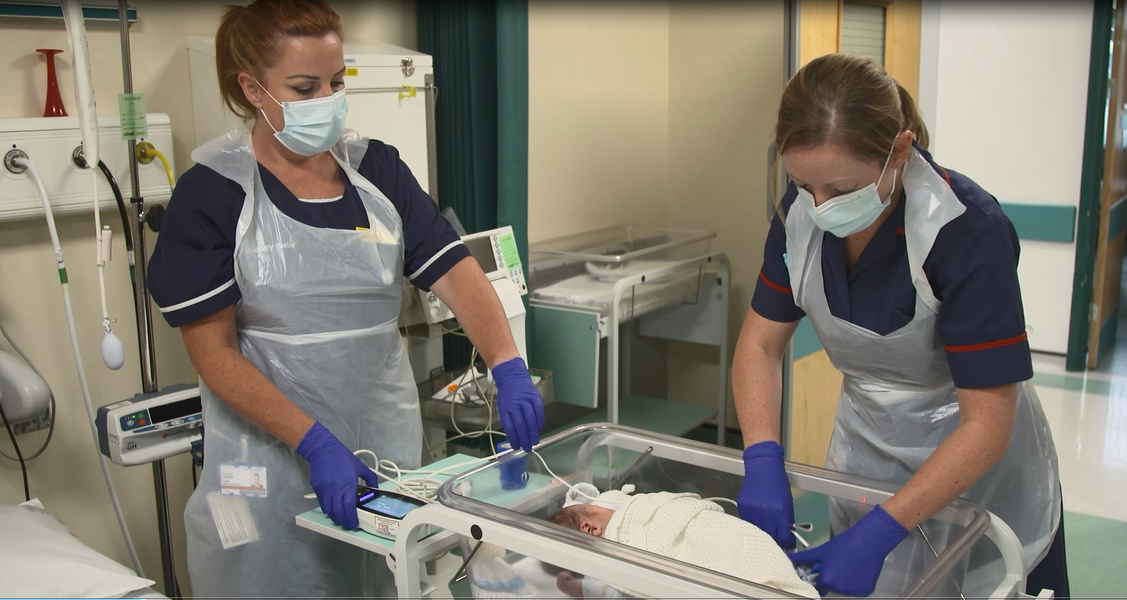 A team working to reduce carbon emissions across Hull Hospitals has turned its attention to the anaesthetic gases given during labour – with staggering results.

Until recently, almost one fifth of all the carbon emissions generated by Hull University Teaching Hospitals NHS Trust, around 17% or 5,000 tonnes, have come from anaesthetic gases. Of these, around 4,000 tonnes have been generated through the use of Entonox as a pain relieving gas for women giving birth in Hull Women and Children’s Hospital.

Anaesthetic gases have significantly higher environmental impacts than other sources of emissions and are hundreds to thousands of times more harmful than carbon emissions. 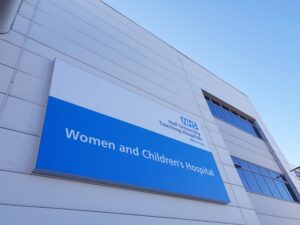 With a self-set target to halve gas emissions by 2025 as part of its Zero30 ambitions, a hospital team including midwives, pharmacy and estates staff, and colleagues from PFI company Apleona, began to investigate Entonox use and found that a few small changes could make a huge difference.

“We began by looking at our data and noted that the amount of Entonox used in the Women and Children’s Hospital was much higher than the national average when you consider how many births we have each year.

“This suggested there may be an issue with leakage, so working alongside our midwives, the estates and PFI teams set about investigating possible leaks throughout the system, from the actual gas cylinders to the point of use by women in labour.”

“Entonox is an anaesthetic gas that we use in maternity for labouring women. As a unit, we are the highest users of Entonox in the Trust and so massively contributing to overall carbon emissions, but it’s not something that I or probably my colleagues had ever really thought about before.

“Tests were carried out on labour ward and we found small leaks at both the bedhead panels and at the demand valves which ladies use to inhale gas. The bedhead seals were changed, and now we only plug the valves into the Entonox supply when they’re in use, rather than having them connected all the time.” 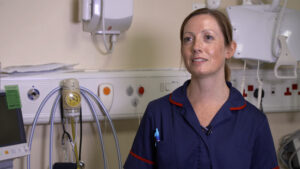 And the results have been phenomenal. Since September 2021, the replacement of seals combined with a simple change in practice by the maternity team has led to a significant reduction in the consumption of Entonox, and seen associated carbon emissions drop by 87% – from 347 tonnes per month to just 45.

Over an average year, emissions associated with Entonox use amounted to over 4,000 tonnes, equivalent to an average car driving round the earth 592 times, but this has now fallen by over 3,500 tonnes per year, or 514 round-the-world trips, to just 540 tonnes.

Reduced carbon emissions aren’t the only benefit either; saving gas has also helped the Trust save money, some £3,300 per month to be precise or £40,000 per year. Plus, with the number of gas cylinders being delivered to site falling from 250 to just 33 each month, this has freed up more time for porters and estates teams to work on other jobs and further reduced carbon emissions by cutting the number of journeys required to collect and deliver cylinders.

“There has been no change to the high quality of care we are able to offer women in labour, but just by looking at our practice and checking our gas supplies, we’ve been able to reduce the emissions created in maternity by a staggering 87 per cent. This has actually been quite simple to do, and knowing we’re making a difference for those children we’re helping to bring into the world, it’s something we’re all really proud of too.”