Our Senior Team sets the strategic direction (the "direction of travel") for the Trust over the coming years and ensures that we have high standards in clinical care and financial stewardship, as well as responding to the health needs of the population we serve.

The team comprises 12 Trust Board members with voting rights and 4 additional Directors. Every Trust Board is required to have a Chairman and a mix of Non-Executive and Executive Directors.

The Non-Executive Directors, who make up the majority of the Trust Board, provide an independent voice and a high level of scrutiny to all aspects of the Trust. They bring a wide range of professional and business experience. 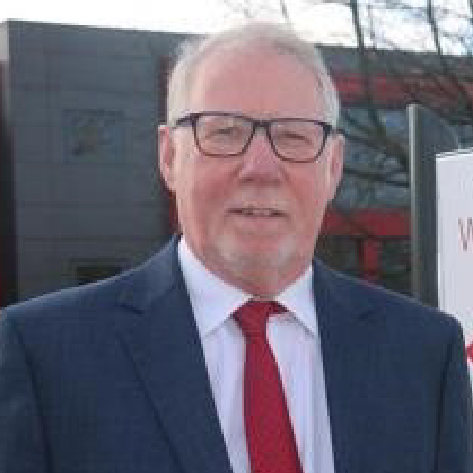 Sean joined us from Lincolnshire CCG, where he was Chairman until 2021. Prior to this he was Chairman at Sherwood Forest Hospitals NHS Foundation Trust steering the organisation out of special measures and helping to oversee improvements to its CQC rating.

Sean left school before A-levels and went straight into an apprenticeship in the steel industry which he says was hugely enjoyable and gave him a real appreciation for the shop floor .He went on to complete a degree in Mechanical Engineering and an MBA and then made a move to British Steel Stainless in Sheffield. This company merged with a Swedish company and Sean worked his way up to Senior Vice President before a return to Scunthorpe where he took up a Director post running the plates and sections businesses, ultimately becoming Director of the Scunthorpe Steelworks in 2007. He retired from the steel industry in 2011 and then in 2013 made the move to the NHS. Sean is also Chairman of the West Nottinghamshire college in Mansfield, a role he will continue with. 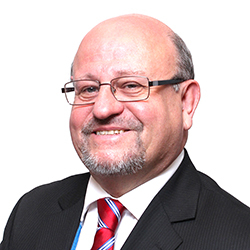 He has spent a large part of his career working with FTSE 100 company, Santander. A fellow of the Chartered Institute of Bankers, Stuart is experienced in a range of areas from governance and HR to strategy development, and a Director of a Community Interest Company. He has experience as a Director of Community Interest Companies specialising in vocational training and end of life care. 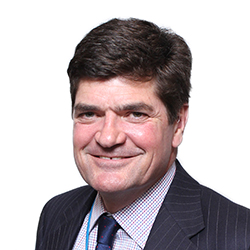 Chris served for 12 years in the Army as an infantry officer before coming into NHS management in 1991. He worked in a variety of roles before being appointed Chief Executive of one of the first primary care trusts (PCTs) in 2002. He moved to Hull PCT as Chief Executive in 2004, where he stayed until PCTs were abolished in 2013. Following a brief spell in NHS England he was appointed as Chief Executive of our Trust in October 2014. 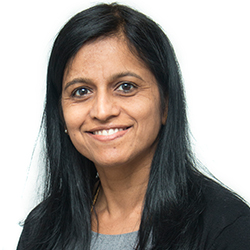 Prof Makani Purva is Chief Medical Officer and Consultant Anaesthetist at Hull University Teaching Hospitals NHS Trust. She is a Honorary Professor at the Hull York Medical School and Founder of the Hull Institute of Learning and Simulation. She has held various management and senior educational roles including that of Director of Medical Education and Anti-Bullying Ambassador, helping to effect a cultural transformation of the organisation. She is the Immediate Past President of the Association of Simulated Practice in Healthcare. She is passionate about patient safety and is trained in quality improvement and human factors approaches. 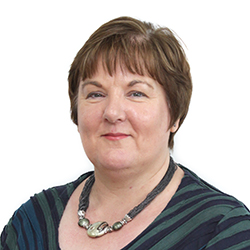 Ellen was appointed in December 2020 and has worked at Board level in various NHS organisations on both a permanent and interim basis for the last 15 years.

Ellen has worked in the NHS for over 30 years, starting her career as a Finance Trainee in the Scottish Health Service, following which she moved from finance into acute operational management where she has remained throughout her career. 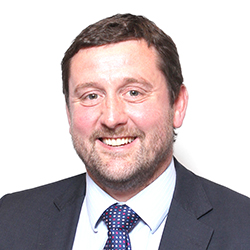 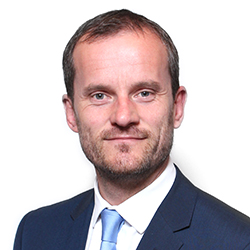 Simon joined the Trust in September 2012 from his previous post as Director of Human Resources at Leicestershire County Council. 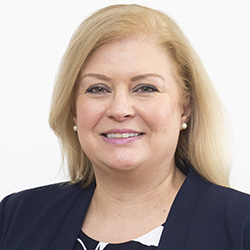 Michelle started her career in Queen Alexandra’s Royal Army Nursing corps before joining the NHS and working in a number of hospitals throughout the UK in clinical and leadership roles. Since joining the Trust in 2016, Michelle has worked as an Operations Director and Deputy Chief Operating Officer before being seconded to the role of Director of Strategy and Planning in January 2021. 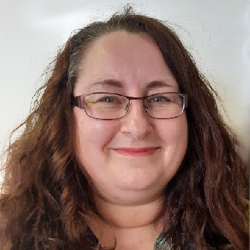 Suzanne returned to the Trust in March 2021, having left the Deputy Director role in 2012. When Suzanne initially left she set up her own business and undertook work for the CQC as a specialist adviser for Well Led, gaining a wide range of experience from other organisations. More recently Suzanne has specialised in working with challenged organisations to successfully drive improvement. This included the position of Executive Director of Quality Governance at the Isle of Wight NHS Trust and as an Improvement Director with NHSEI. 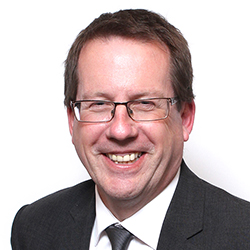 Duncan was appointed in July 2013. Before that he was Director of Estates Development covering the Infrastructure and Development Directorate.

He has worked for Hull University Teaching Hospitals NHS Trust since 1985, and has been closely involved in the majority of the capital projects across the Trust from small upgrades up to the major projects at Castle Hill Hospital.

He is the Project Director for the Tower Block Encapsulation and Emergency Department Upgrade. He has a passion for the redesign of health care facilities and the use of innovative products and design techniques to improve the facilities and experience for patients, visitors and staff. 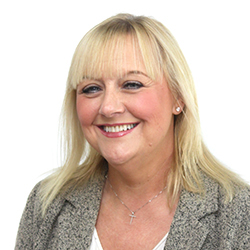 Tracey was appointed in July 2015. Tracey has extensive knowledge of both the public and private sectors, predominantly in finance and corporate services roles. Tracey is a Finance Business Partner for the Ministry of Justice / National Offender Management Service working within the Yorkshire Region at HMP Full Sutton and HMP Hatfield. She is also a past president of the ACCA Women's Society and International Assembly UK Representative, and is currently an elected representative for Yorkshire and the North East on the ACCA's Strategy Implementation Committee. Tracey has previously served as a Non Executive Director of Eastern Hull NHS Primary Care Trust. 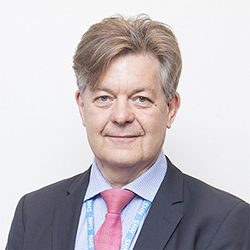 Tony was appointed in April 2019 and has held senior appointments in higher education, financial services and manufacturing and also as a director with PricewaterhouseCoopers. He has over 40 years' information technology experience working in the UK and internationally. Over the past decade he has had a particular focus on strategy and transformation programmes which exploit the advances in mobile and self-service technologies.

Dr David Hughes was employed by the Trust in February 2022 as a Non-Executive Director and Quality Committee Chair. Prior to this Dr David Hughes was the Medical Director at Sheffield Teaching Hospitals NHS Trust. Dr Hughes, who is a nationally renowned Consultant Histopathologist, was the Deputy Medical Director at Sheffield from 2013 and prior to that he was Associate Medical Director for Cancer for many years. David began his Consultant career in 1998 before moving to STH in 2005. Dr Hughes is a specialist sarcoma pathologist who trained in Sheffield, Edinburgh and San Antonio, Texas and has worked as a consultant in the sarcoma teams at the Royal Orthopaedic Hospital, Birmingham, the Robert Jones and Agnes Hunt Orthopaedic Hospital as well as Sheffield Teaching Hospitals. 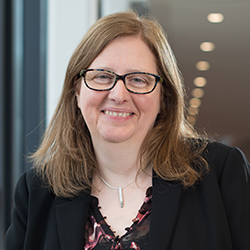 Una was appointed in 2020.  She is Dean of the Hull York Medical School, and during 2020 is Interim Dean of the Faculty of Health Sciences at the University of Hull.   She trained in Medicine in Glasgow and then worked as Senior Lecturer in General Practice and Primary Care and as a GP Principal in the city before joining Hull York Medical School in 2010 as Professor of Primary Care Medicine. She became Dean of Hull York Medical School in 2017 and does GP sessions at James Alexander Family Practice, Bransholme Health Centre in Hull.  She is a national leader in the area of cancer and early diagnosis research. Her interests in cancer research and primary care and her passion for reducing health inequalities has led her to receive grants from Cancer Research UK, Yorkshire Cancer Research and the Department of Health Policy Research Unit programme, as well as contributing to policy development. 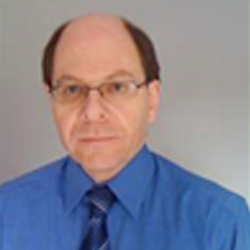 An experienced Finance Director with over 15 years in the NHS at director level including several periods as Acting Chief Executive, Mike is now working as a self-employed Management Consultant specialising in change management and providing expertise and flexible support to organisations particularly in the health, social care and public sectors. Mike is also a Trustee/Non-Executive Director for the Hull Truck Theatre and provides freelance coaching to a small number of individuals. He previously worked in various financial roles in the private sector including 5 years at director level. 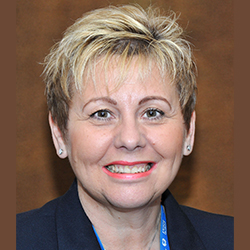 Linda Jackson is from Cleethorpes and studied hotel, catering and institutional management at Grimsby College before graduating with a Diploma in Management from the University of Reading. Her career in facilities management began in London where she secured a position of trainee manager for ISS Facility Services who provide facilities services across the NHS.

Linda quickly worked her way up the ranks to hold positions including regional director providing facilities services across NHS organisations in the capital and became board director at the age of 38. In her last 10 years in the private sector she undertook a transformational change role responsible for implementing the company’s new business and initiatives nationally within the NHS.

Linda is also the Vice-Chair at North Lincolnshire and Goole Hospitals Foundation Trust. 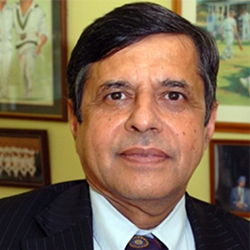 Dr Pathak is an Orthopaedic Surgeon who retired from the National Health Service after 34 years’ service, having worked primarily for the Hull and East Yorkshire Hospitals Trust. Previously he was the Chairman of the Negotiating Committee for the British Medical Association. Dr Pathak was involved with the International Doctors Forum and was a Trustee of BMA Charities. In addition he was an overseas doctor’s mentor for many years, involved in the recruitment and retention of overseas doctors with the Trust.

Currently, Dr Pathak is a member of Her Majesty’s Court Service in the capacity of Medically Qualified Tribunal Member.

He is a former first-class cricketer who played at County level in India (Ranji Trophy) and was an expert cricket analyst for the World Cup in 1996. Currently, he is a Trustee of Cricket Beyond Boundaries, a charity which supports the development of underprivileged cricketers from India.

Dr Pathak was awarded an MBE in 2010 for his lifetime contribution to medicine in Yorkshire and India.