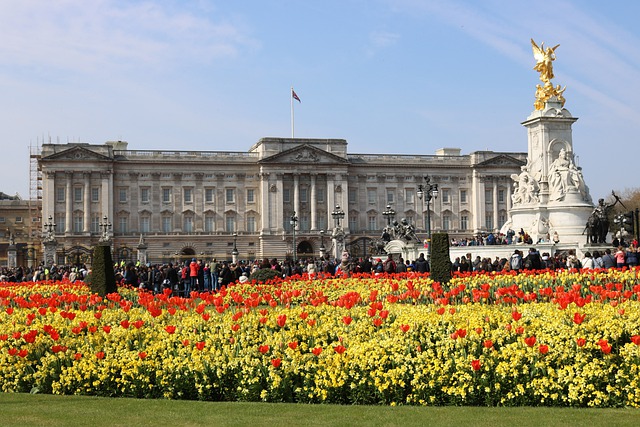 A Children’s Respiratory  Specialist Nurse has received the MBE in the Queen’s Birthday Honours published this weekend.

Daryl Perkins received the honour for her services to St John Ambulance which stretch back half a century to when she joined at the age of nine and for services to young people.

Daryl, who is only now able to share her secret with friends, family and colleagues, said: “It’s a huge honour.

“I know I do a lot but so do a lot of other people who are part of St John Ambulance.

“I’m really proud to have been recognised for the contribution I’ve made over a period of time.” 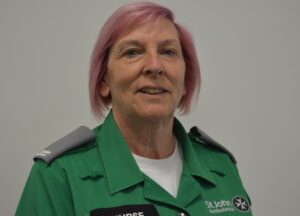 Daryl qualified as a staff nurse in adult care in 1984 in Sussex and spent time in special care nursing for babies and looking after adults requiring intensive care. She then switched to GP practice nursing, developing a special interest in asthma.

A mum-of-two, her family moved to Hull in 1992 and she worked as a bank nurse first before spending three years working as a staff nurse in cardiology, then on the eighth floor of Hull Royal Infirmary.

She landed her role as a specialist nurse in children’s respiratory conditions in 1998 and has worked alongside Dr Mary Barraclough and the respiratory team, working with the education system and schools across Hull and East Riding to transform the care of young people with asthma.

Although she has an office in Alderson House, Daryl’s role is mainly community based and she holds clinics for children from 0 to 18, conducting lung function tests and helping with the day-to-day management of their conditions.

Alongside her career, Daryl has dedicated her spare time to St John Ambulance. She was Chief Officer Youth for England between 2009 and 2015, travelling all over the world including New Zealand and Hong Kong as part of her role to support young people.

Currently, she is District Manager for the Humber and East Riding District, working with children and adults and she played an integral role in the service’s contribution to the country’s response to the pandemic.

In the first few months, she supported St John Ambulance’s efforts by supporting and helping to train volunteers for additional roles in hospitals and community services. Since Christmas, she has been involved in the training of 26,000 volunteer vaccinators countrywide to support the vaccination project and has been delivering the vaccine to people locally and regionally.

The Queen’s Birthday Honours lists recognise the achievements and service of people across the UK, from all walks of life and Daryl received a call from the Cabinet Office a few weeks ago to tell her of the honour.

She said: “I didn’t believe it so I called them back to make sure it was genuine.”

Since then, she’s sworn her immediate family to secrecy and celebrated with family and friends at a pre-arranged birthday party for one of her two grandchildren this weekend.

Daryl said: “It was perfect timing because it’s our wedding anniversary and our grand-daughter’s birthday. We’ve just invited more people along to help us celebrate.”