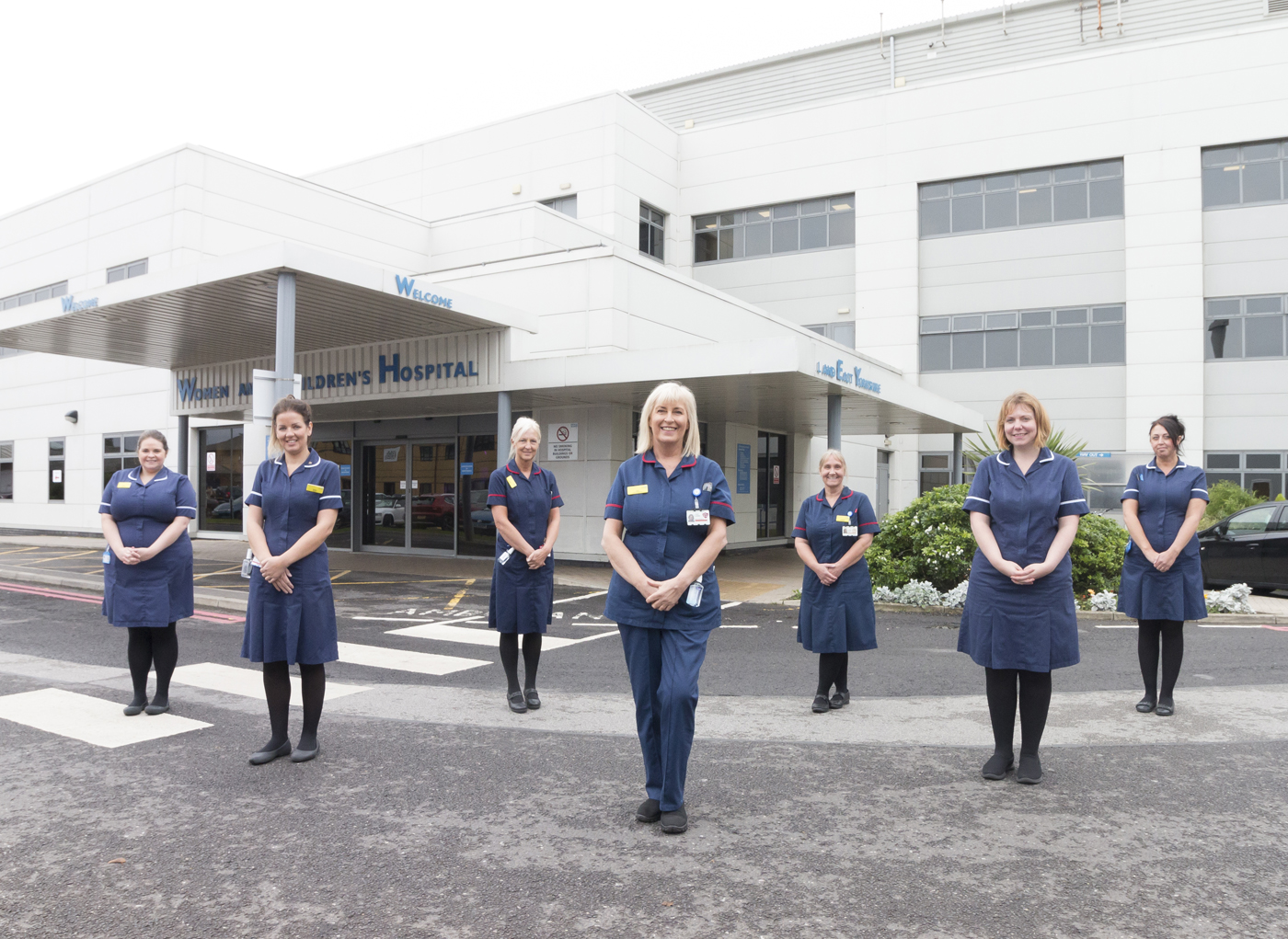 She remembers being fascinated by the Head of Midwifery, a tiny woman puffing on a cigarette who reminded her of Margaret Rutherford, as she spent her school holidays helping her hospital secretary mum put letters in envelopes.

Her interest in the NHS sparked at such a young age, Janet Cairns became a nursing auxiliary at 18 and qualified as a nurse in the early 1980s.

But she stumbled on a career which would see her lead a team transforming maternity services in Hull after taking a short cut through hospital grounds and spotting a recruitment advert for midwives. 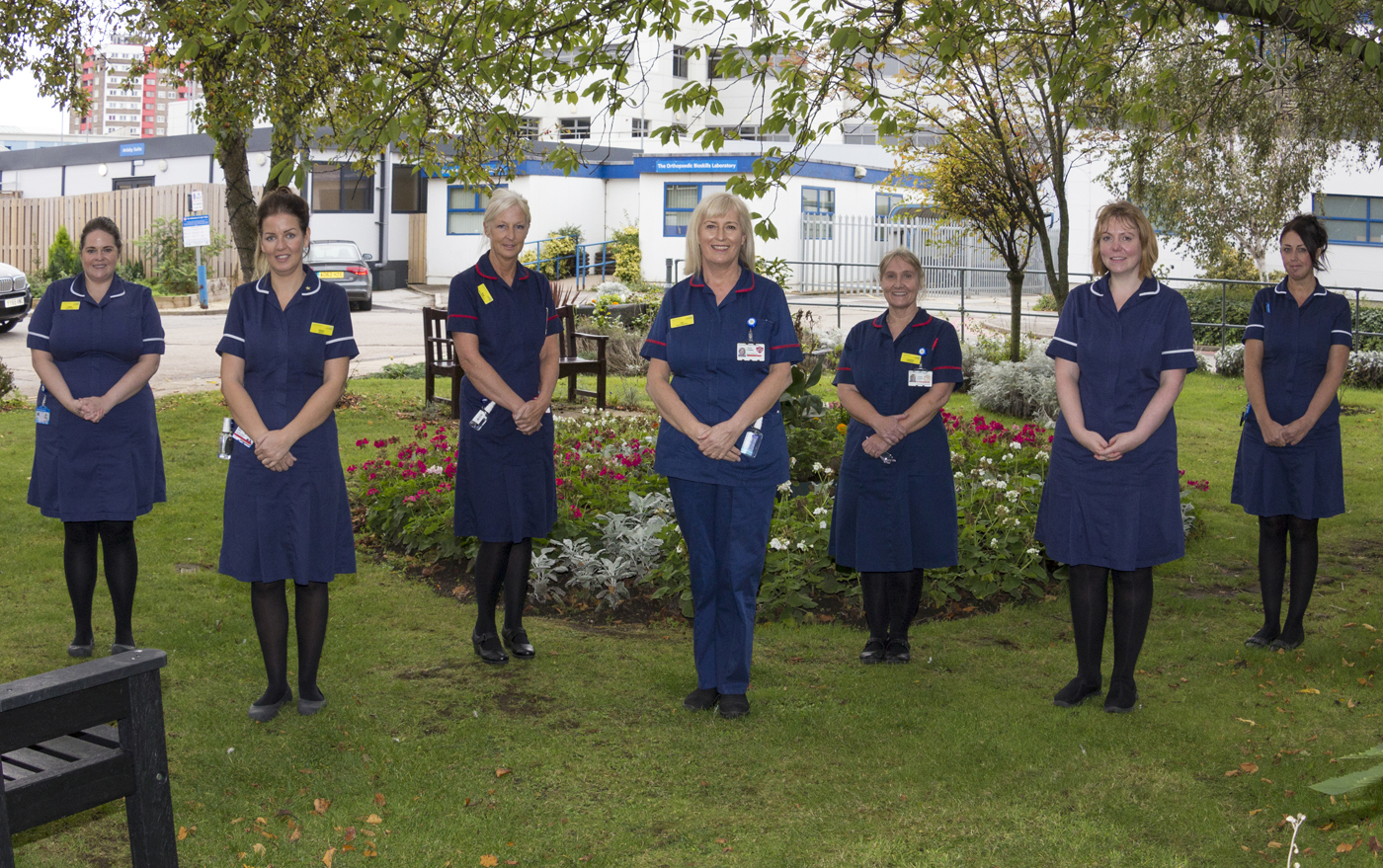 Now, after dedicating 42 years to the NHS, Janet – known as Jan to her friends and colleagues – is retiring as Head of Midwifery at Hull University Teaching Hospitals NHS Trust.

Jan said: “I just feel the time is right to step back and let someone else take over the next stage.

“I was on holiday in June, thinking how I’d be 60 in November and realizing there’s a lot of things I would like to do with my life outside of work.”

Jan never envisioned that her connection with that first Head of Midwifery at a hospital in Bury near Lancashire as a schoolgirl would have such a profound impact on her life.

Back then, she cleaned the nurses’ home for nothing, just to be part of it. She remembers the Head of Midwifery asking if she’d like a job and Jan saying she’d like to work with the babies.

“Everyone wants to work with the babies,” the Head of Midwifery said. “But if you want to be a credible nurse, start by caring for older people. If you can care for old people, you can care for anyone.”

So, that’s exactly what Jan did. At 18, she got a job as a nursing auxiliary and went to work in geriatrics, caring for the elderly.

Again, an older woman had an impact on her life that resonates to this day – Minnie, a long-term patient on a ward with what we’d now call dementia but was probably put down to senility back then.

Jan said: “Back then, around 1977/78, elderly wards were almost like care homes and people were there for a very long time. Minnie was so lovely but she was completely in her own world. I never forgot her because she was so challenging to look after.”

It gave Jan a fantastic grounding in patient care and she went on to study nursing at St James Hospital in Leeds – Jimmy’s – from 1980. Always drawn to acute medicine, she worked in plastic surgery and then theatres.

A year after qualifying, she took the shortcut one day on her way from one block to another, past the School of Nursing, and saw the advert for midwives, applied and landed a place.

“I was in the right place at the right time, I suppose,” she says.

She qualified in 1986 and became pregnant with her son Iain that November. She remembers going for a promotion and being told she wouldn’t be interviewed because she was “having a baby.” The advancement of working mothers in the service has been just one of the changes she’s seen.

After her first baby, she returned to work part-time and had Fiona, her second, in 1990. She moved to Hull in 1997, landing a job at Hedon Road Maternity Hospital.

“That first day, I couldn’t believe what I was walking into,” she says, reminiscing about the prefab building which served the population for decades before it was replaced by the purpose-built Hull Women and Children’s Hospital. “It was like something out of Call the Midwife.

“But the warmth of the staff you were working with made it such a lovely place. The canteen there cooked their own food and it was a bit like being at home.”

She moved to the new hospital in the grounds of Hull Royal in 2003 and worked in practice development, sharing a job with Julie Jomeen, now Professor of Midwifery at the University of Southern Cross in Queensland, Australia.

“Taught her everything she knows,” Jan laughs, the sunlight catching a twinkle in her eye.

After a spell as Clinical Governance Midwife and managing a small team, Jan became Head of Midwifery in 2011. And that’s where she had stayed, overseeing and driving through major change such as the opening of the Fatima Allam Birth Centre and the Continuity of Carers teams.

But she’s repaid that faith in her talents by establishing Hull firmly at the heart of the national transformation of maternity services. The implementation of key recommendations in the Better Births programme for reform has attracted national attention, with visits from the report’s author Baroness Cumberledge to Professor Jacquline Dunkley-Bent OBE, England’s first Chief Midwifery Officer.

She puts those achievements down to the dedication of her team. “The best part of my job, without a shadow of a doubt, is the people I work with.

“Even on very difficult days, we pull together. We might not always see eye to eye or agree on steps we are taking but I have complete faith in their professionalism and everyone is doing what they believe is best for the development of trust services.”

She’s a no-nonsense type, is Jan, and is all the better for it. She knows what she wants and will go all-out to get it. And what she wanted was to put women at the heart of maternity care, to listen to them and adapt and change services to meet their needs.

“I have seen a sea change in maternity care,” she says. “Women’s voices have become stronger. We listen to what they have to say, more than ever before, and try to give them those services.

“We provide a service but we are listening to women about what they want.”

She’s toyed with retirement for a while. This time, it’s happening and she will leave the trust, and a job and team she clearly loves, on November 27.

“I used to say I’d go when the Birth Centre got sorted, then it was when the Continuity of Carer teams were set up. But there was always something else to do.

“One of the midwives has been waiting for a new laptop and I used to joke I’d retire when she got her laptop. She got it the other week and offered to give it back so I’d stay.

“But it’s time for me to do something else now.”

Quite what that something else will be, she’s not sure. “I’ve no idea what I’m going to do,” she laughs, that twinkle back again. “My son’s just got married, my daughter lives in Tunbridge Wells so it’ll be great to go and see them without having to get back to work or thinking about work. It’ll just be time for myself.”

Chief Nurse Beverley Geary said: “Women across Hull and the East Riding have a lot to thank Jan Cairns for because her commitment and dedication has driven through real and lasting changes in maternity services.

“There is no doubt we will miss her but we thank her for her decades of public service and her passion to provide the best possible maternity services for the women in our care.”