Hull’s Accident and Emergency Department will feature in a Channel 5 documentary set to air next week.

Recorded over the course of seven weeks, prior to the COVID-19 outbreak, A&E: After Dark follows the doctors and nurses working the night shift at Hull Royal Infirmary. From drug and alcohol-related admissions to everyday accidents, the series shows viewers what frontline staff have to deal with on a night shift; issues which are not unique to Hull but common across all emergency departments throughout the country.

The first episode will be shown on Channel 5 at 9pm on Monday 1st June, with the remaining five episodes to be shown weekly thereafter.

“We know our emergency care staff do an amazing job, so taking part in A&E: After Dark has given us the opportunity to show just what a caring and resilient team we have here in Hull and how they are trained and skilled to respond to anything and everything that comes through the door. 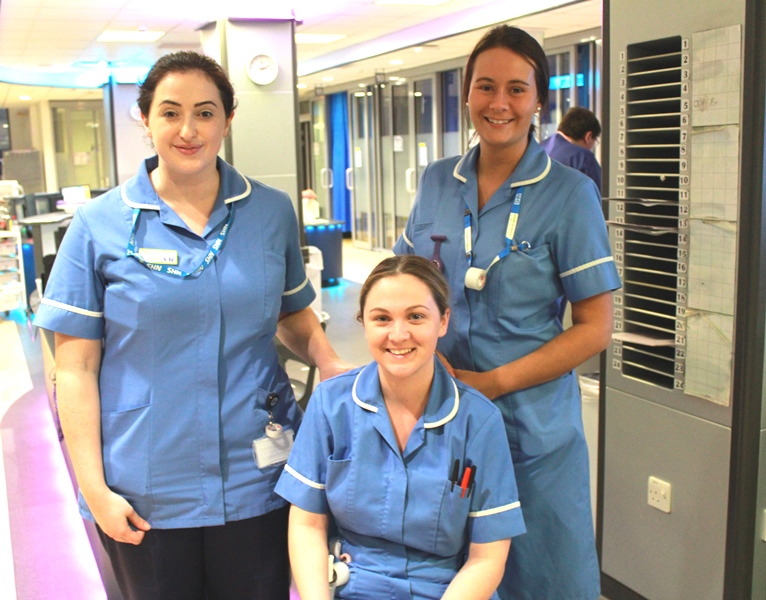 “In filming the documentary, we were also looking to give people a better understanding of what goes on behind closed doors, and why sometimes A&E waits can extend for several hours. Major trauma cases, medical emergencies and patients who are behaving aggressively can take up a large amount of resources; we felt it was important for people to see and understand this, and hopefully help us reduce the toll this takes on our staff and other patients.

“A&E: After Dark provides an insight into the personal and emotional impact the work can have on staff, gives a flavour of the difficult decisions they have to make, and shows how our staff work with partners such as the police, ambulance crews, mental health teams and our security staff to keep people safe.

“Watching the team at work makes me immensely proud of our emergency care staff, and shows just how fortunate we are here in Hull to have such a skilled and specialist team. Hopefully seeing the team in action will encourage people to support them by choosing health services more appropriately and, in a small number of cases, to behave towards our staff in a more courteous and appropriate way.”

Working the A&E night shift presents a set of challenges not generally encountered during the daytime. Alcohol and drug related admissions increase, as do admissions of vulnerable people such as the elderly and those with mental health issues, while falls and road traffic accidents also become more common. 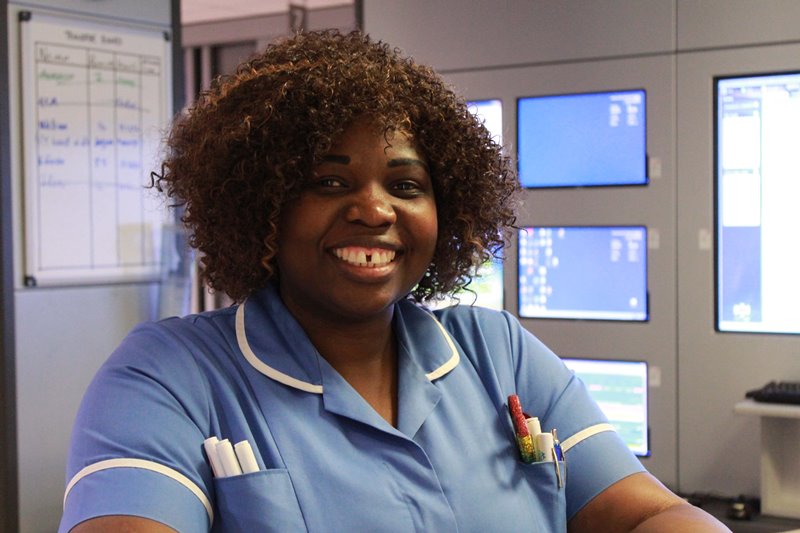 A&E: After Dark follows previous hospital-based commissions from Crackit Productions including three series of Casualty 24/7; a series for Channel 5 following the day-to-day running of an A&E unit in Barnsley Hospital; and two series of BBC One’s Secret Life of the Hospital Bed, an access series to eight NHS hospitals.

“Filmed before the Covid-19 crisis, this series looks at the many incidents NHS night staff, not just in Hull, but throughout the country, have to deal with on a daily basis. From traffic accidents to drunken disasters, fights and drug-related admissions, this is a gritty, moving documentary that will show viewers the pressures NHS staff are constantly under.

“The prism of a night shift within A&E delivers a completely different working dynamic. We worked closely with the dedicated staff and Hull residents, and we also witnessed the night shift in full swing, where, as happens in far too many UK hospitals, incidents triggered by drugs, drink and criminal behaviour regularly caused disruption to an already overstretched A&E department. We hope our filming will bring the challenges facing the NHS to light and create conversation and debate about the incredible work of the NHS and its staff.” 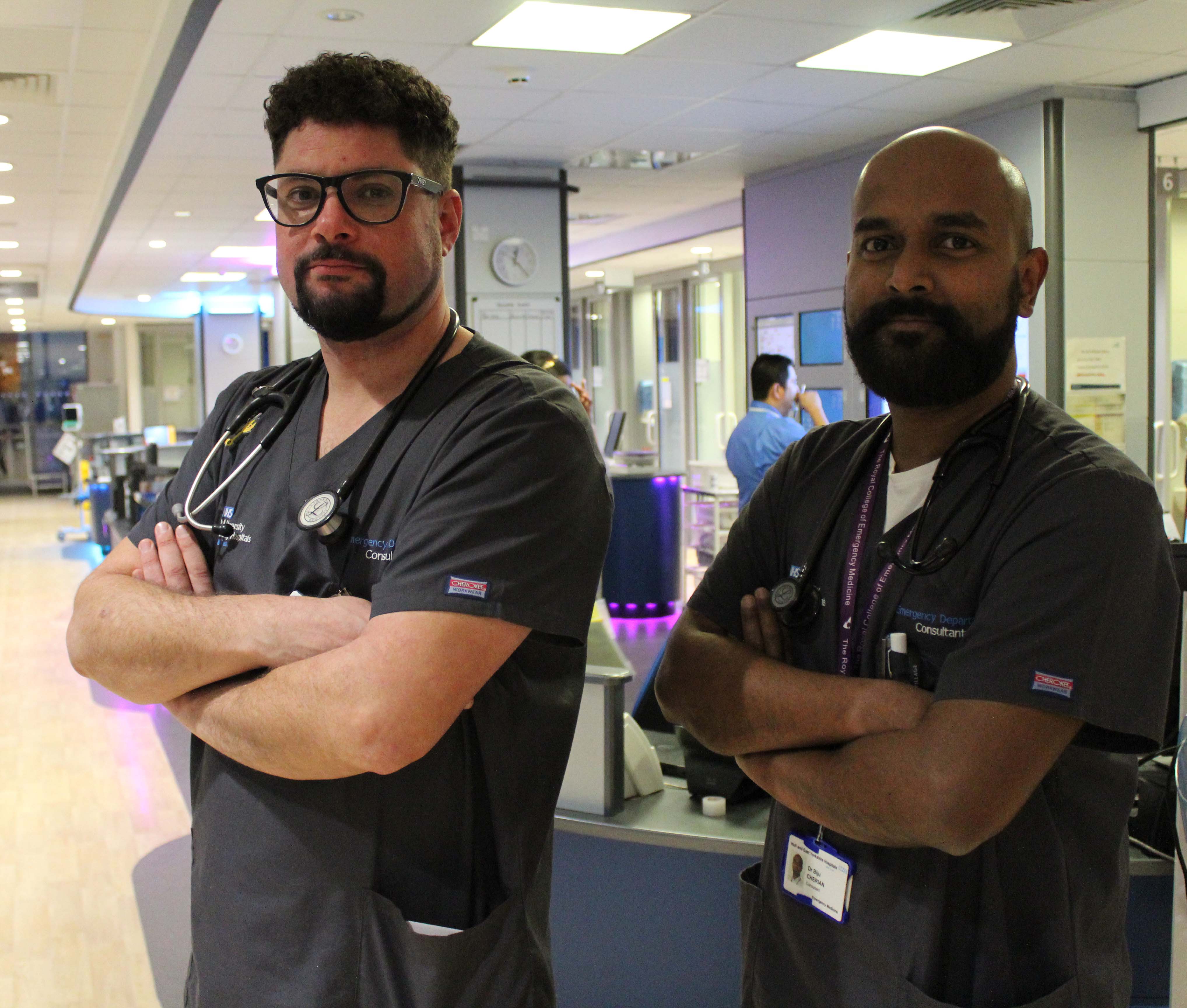 Dr Biju Cherian, consultant in emergency medicine (pictured far right), is one of the many ED staff members to feature within the documentary series. He said:

“It’s true that our team has to deal with some difficult circumstances at times, but we know that our city and our patients are no different to anywhere else, and our staff generally have similar experiences to staff working in A&E departments in other parts of the country.

“Being filmed at work did feel a little strange at first, but staff quickly got used to the team being in the department and, in fact, many colleagues were keen for Crackit to show what life is really like for us on a typical night shift.

“Your shift in an emergency department can be unpredictable, but this is often what makes it so interesting, and every patient has their own story to tell. They might be new parents, recently bereaved, had too much to drink, be experiencing mental health distress, or been involved in a major road traffic collision – but to our team, everyone deserves and receives the highest level of care.”