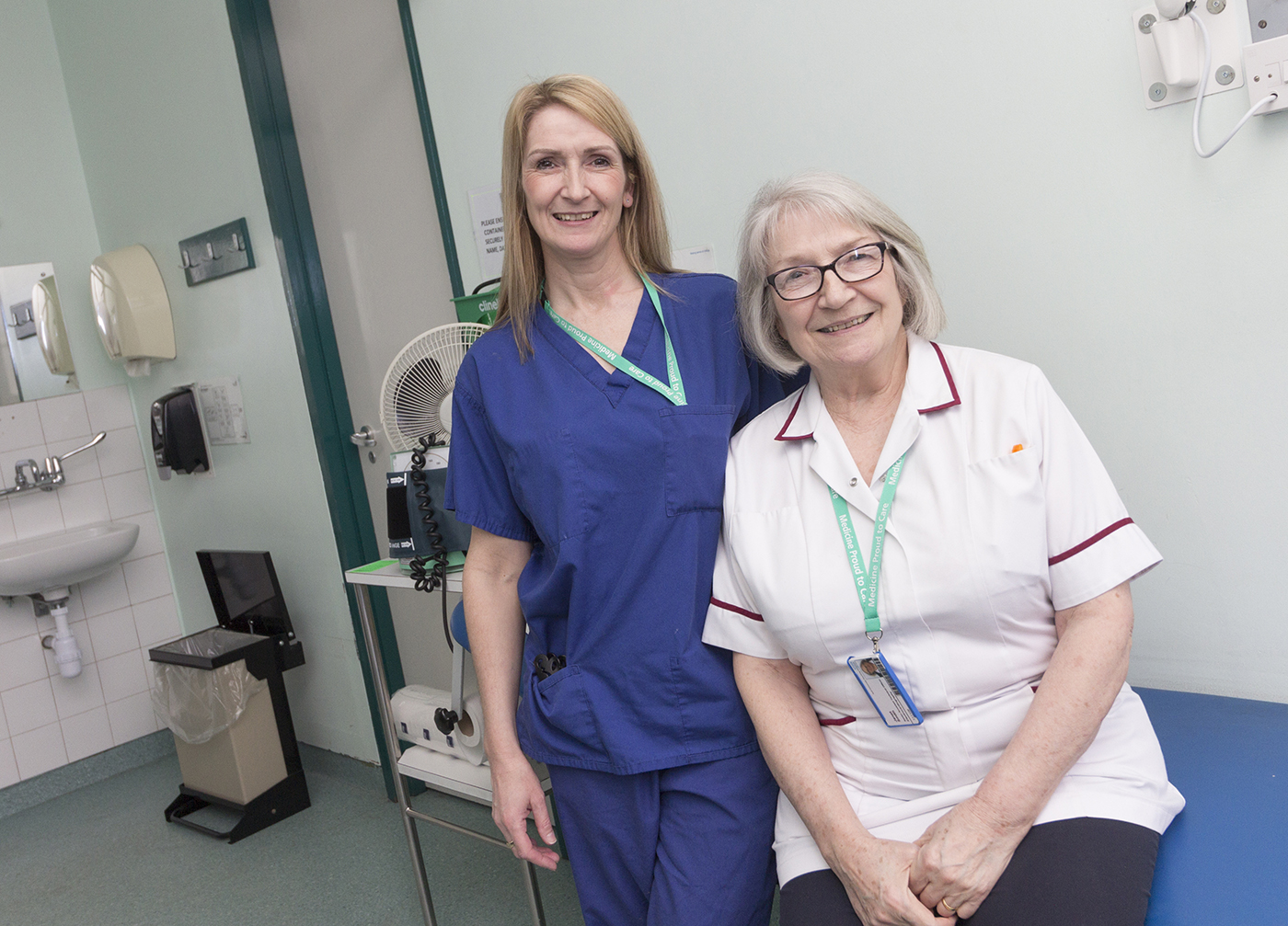 When Lindsay Smith followed her mum Janet’s footsteps into the health service, she was just 16.

Now, as mums across Hull and East Yorkshire celebrate Mother’s Day today, our special mother and daughter are marking 62 years of service to patients in Hull.

Lindsay, who will celebrate 30 years with the NHS in September, said: “I’m so proud of my mum and everything she’s achieved. I never imagined that, between us, we’d have all these years of service to the NHS but it’s something we’re really proud of.”

Janet, who is 74 and is retiring after 32 years, said: “It’s been lovely to work with Lindsay and she’s got on great in the NHS.

“It’s working with patients that make the job for me. That and working in a friendly environment where everyone says hello.”

Janet worked as a hairdresser but decided to apply for the job as a cardiographer, helping to diagnose people with heart problems, at Hull Royal Infirmary after spotting a newspaper advert in 1988.

She said: “I couldn’t believe it when I got the call to say I had the job.”

Janet is now a senior cardiographer, still based at Hull Royal Infirmary. Although she had cut her hours down to two days a week, she is looking forward to spending time with husband Dale and their six grandchildren when social isolation is over.

“I suppose I could have gone on forever but it was the traffic that got to me in the end,” she said. “I was driving home, stuck in horrendous traffic at tea-time, and I just thought I didn’t need it anymore.”

Lindsay decided to follow her mum into the NHS after leaving school at 16. She joined the trust as a student medical technical officer in neurophysiology, working for the service which investigates the function of the nervous system to diagnose and monitor neurological disorders.

She is now Principle Clinical Physiologist in neurophysiology, part of the team based at Gladstone Street.

Now with her own two children Cameron, 14, and Georgia, 11, Lindsay says her mother’s friendship and experience has been crucial in developing her own career.

“Obviously, I’m not living at home now but it’s still funny when I see my mum in the lift at work or when we’re on the same ward seeing a patient,” she said.

“I’ve asked her about patients and she’s sent referrals to me. We’ve got very similar personalities and we’ve always been really good at communicating with each other.”

When Janet, who lives in Hedon, and Lindsay, who lives in Burton Pidsea, see each other outside work, they try not to “talk shop”.

“We do try but it doesn’t always work,” said Lindsay. “It’s good to talk to someone else who understands and we can help each other.”