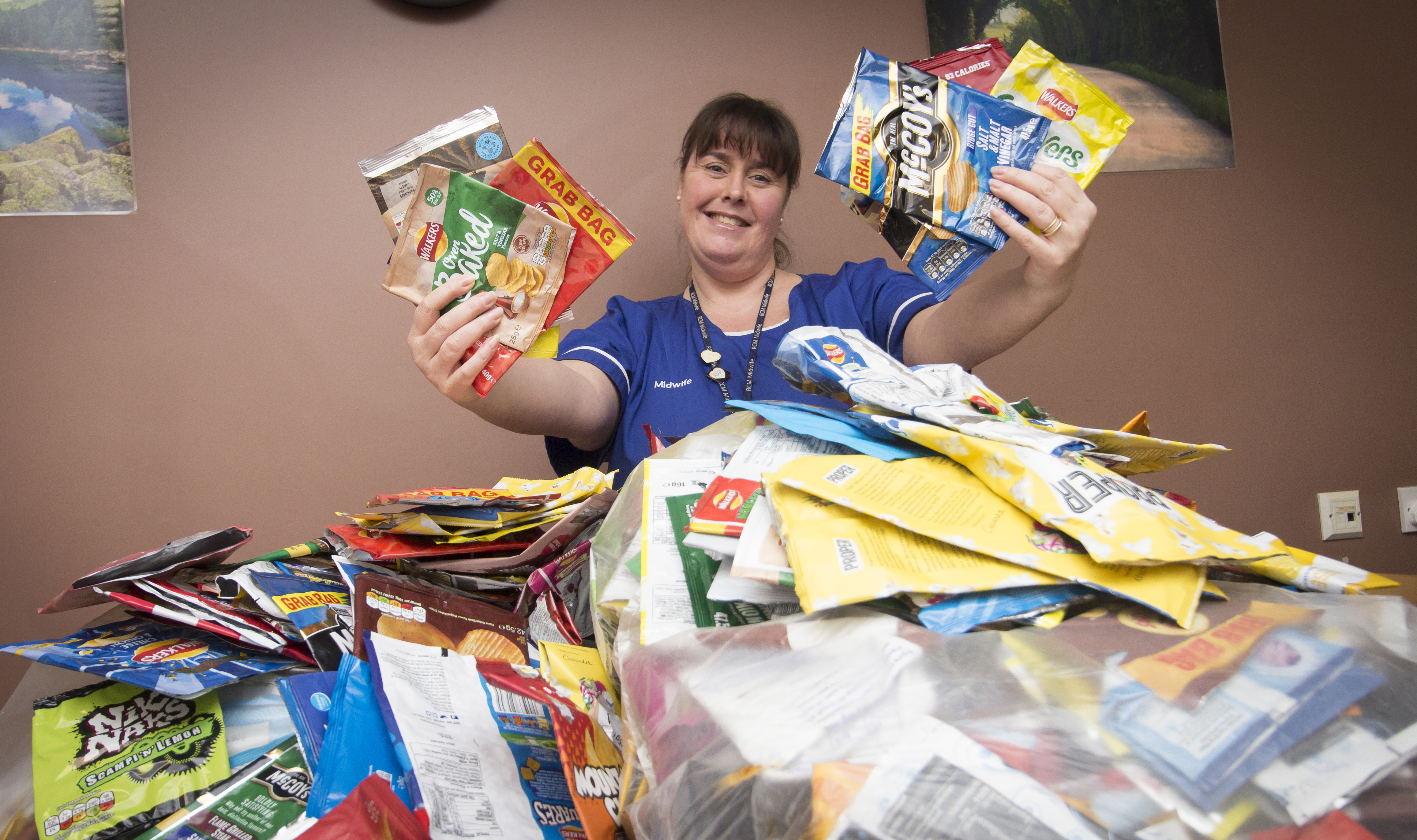 A midwife at Hull Women and Children’s Hospital has collected thousands of empty crisp packets from staff and patients to help children who have lost a parent.

Now, Kim, a midwife on Maple Ward, has collected thousands to be sent to a well-known crisp manufacturer for recycling, saving them from landfill, while raising money for the charity.

She said: “My neighbour had asked if we would help to support the children for children who have lost one of their parents. She has lost her husband and although there was plenty of support for her, she found there wasn’t very much for her two young children.

“She got in touch with other parents and they set up the charity. The manufacturer said they would do what they could to support them and we came up with the idea of collecting crisp packets for recycling.”

The money raised by the charity is used to pay for counselling or arts and crafts at monthly meetings to help the children express themselves.

In December, the charity raised £237, which funded 15 hours of counselling or an entire year of arts and crafts materials.

Kim, who has been a midwife for 17 years after originally training as a nurse, said: “I told the staff on Maple and Rowan Wards that I was collecting crisp packets and why and they all agreed to help me.

“I’ve collected thousands and I would just like to thank everyone who has supported me and the charity.”