A couple have purchased special equipment to help patients with brain tumours as part of their £165,000 fundraising drive in memory of their daughter.

Ruth and Tony Knowles embarked on the mission to support the neurosurgical department at Hull Royal Infirmary following the death of their daughter Emma-Jayne in 1998.

The couple, of Sutton-on-Sea in Lincolnshire who were awarded the British Empire Medal in the New Year’s Honours List in 2014 for their fundraising, presented their latest cheque for £6,690.91 to staff on Ward 40 today. 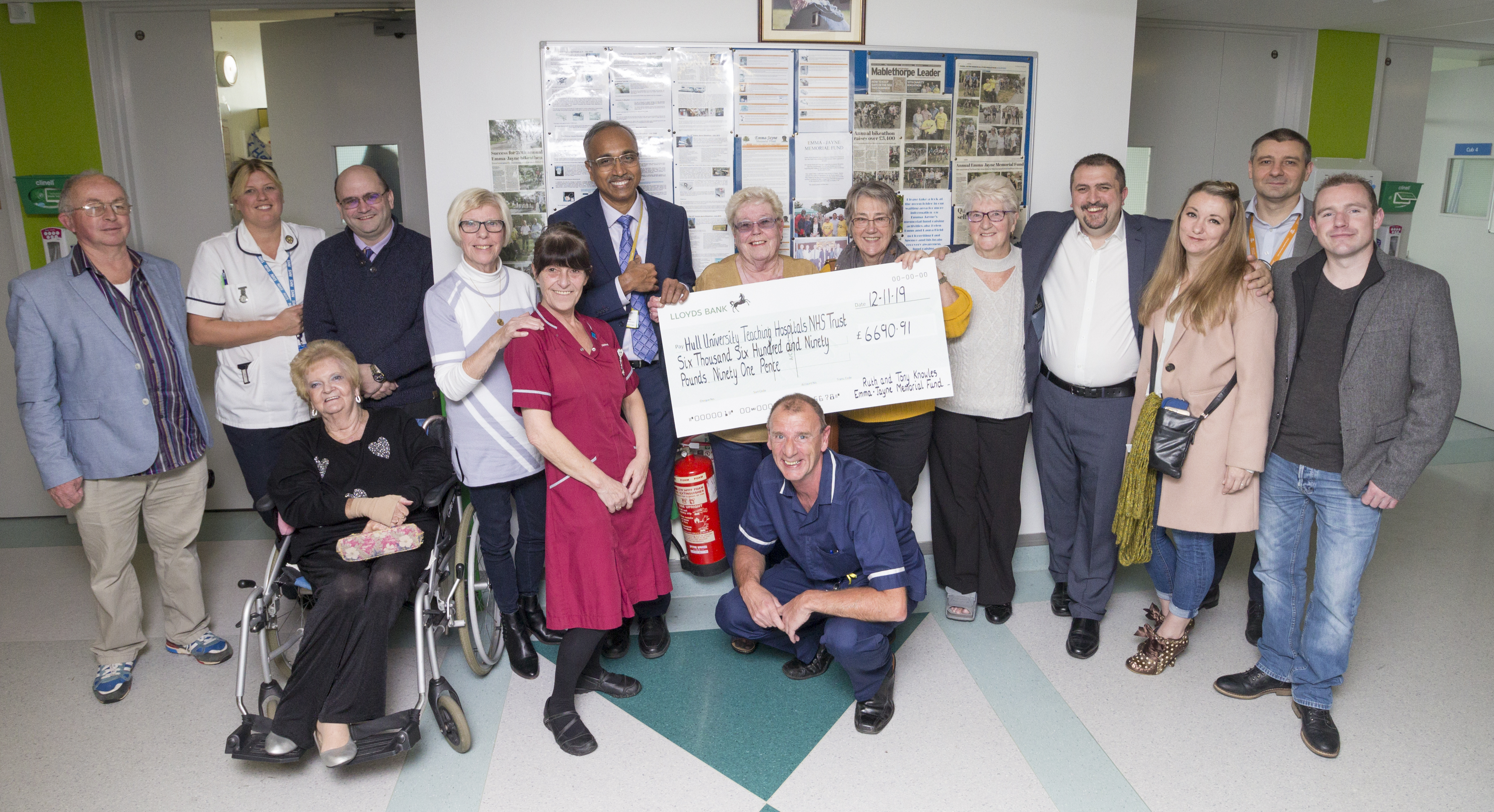 Terry Moran, Chairman of Hull University Teaching Hospitals NHS Trust, said: “We are extremely grateful to Mr and Mrs Knowles for their continuing efforts to raise money for our neurosurgical department.

“Thanks to them, we can offer our patients some of the latest technology to save their lives and assist their recovery after surgery.

“They have raised a phenomenal amount of money which makes a difference to so many lives and ensures Emma-Jayne’s memory lives on. Their continued efforts are very humbling.”

Emma-Jayne was admitted to Hull Royal Infirmary in April 1998 after an MRI scan confirmed she had a rare brain tumour affecting just one in 1.5m people.

She underwent 35 radiotherapy sessions because the tumour was too deep in her brain for surgeons to operate but died in December 1998, six days before Christmas and two weeks before her 23rd birthday.

Her parents started fundraising at her funeral, raising £1,100 after they asked mourners for donations instead of flowers. Half of the money went to Hull Royal and half went to the GP’s surgery which had originally helped Emma-Jayne when she first started experiencing double vision and cold hands.

The couple discovered the team on the neurosurgery ward were attempting to raise £12,000 for a spinal turning bed so they organised a series of charitable events including a bikeathon, which has now become an annual event.

The bikeathon, a 10k run and a four-and-a-half mile walk were held during the summer to raise money for the latest donation to the hospital.

The money raised this year will be used to purchase specialist equipment used by neurosurgeons to remove brain tumours, a reclining chair to assist patients during the initial stages of their rehabilitation and an iPad and applications for speech and language therapy.

Mrs Knowles said they would now continue their fundraising appeal to buy more equipment for the department including an ophthalmoscope and otoscope, used to look in a patient’s eyes and ears following brain injury, a wheelchair and physiotherapy for patients to assist their recovery.

She said: “When Emma-Jayne was brought here, everyone was fantastic and we wanted to say thank you.  This is our way of thanking the people working at the hospital.”