The first helicopter to land on a new £500,000 helipad in Hull touched down on Friday.

A five person crew from Lincs & Notts Air Ambulance was the first to fly in and step foot on the newly completed helipad to the rear of Hull Royal Infirmary.

Hull University Teaching Hospitals NHS Trust has undertaken a major construction project so patients seriously hurt in accidents across East and North Yorkshire and parts of Lincolnshire can be flown into the hospital grounds, the Major Trauma Centre (MTC) for the area. 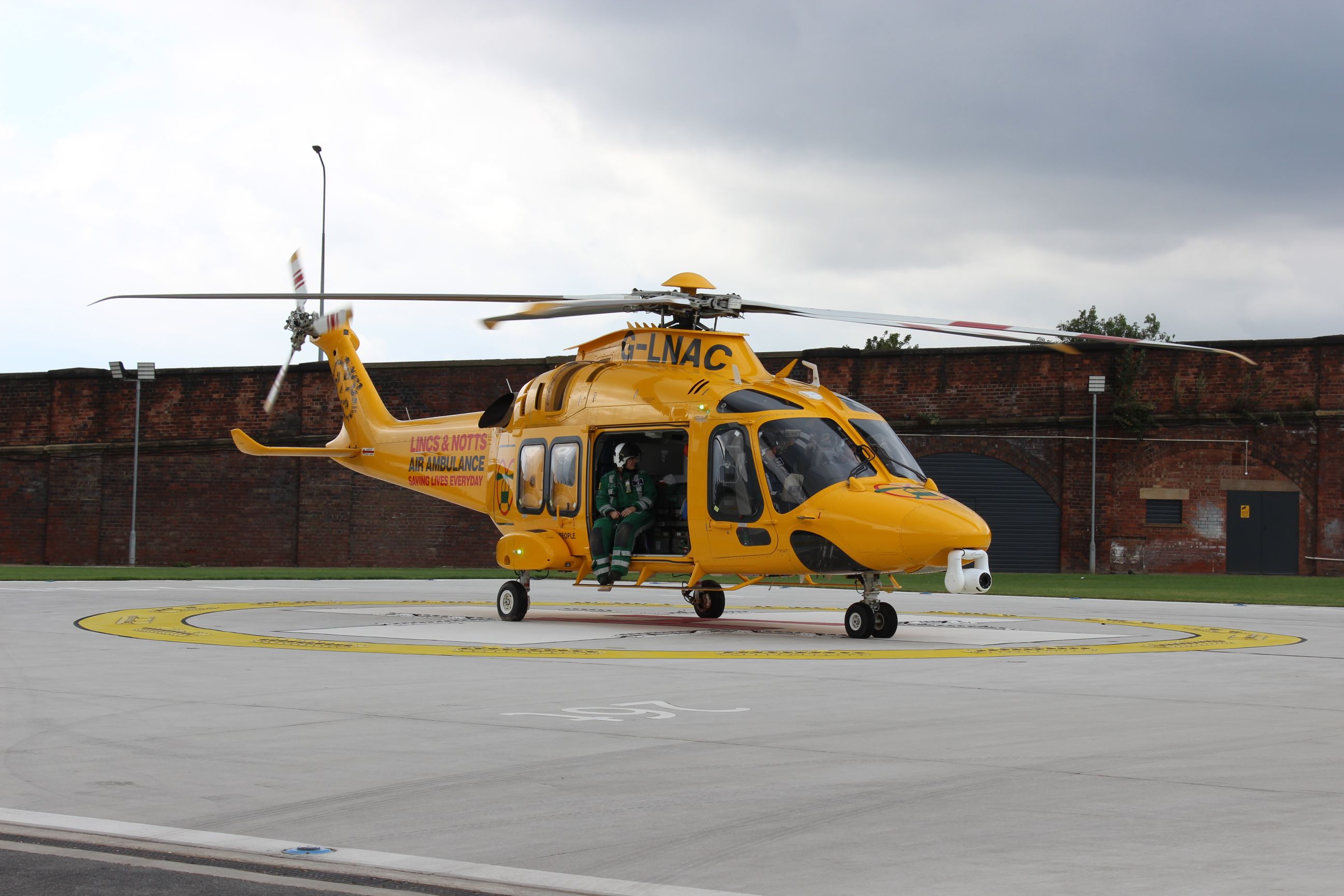 Following demolition of the old Haughton Building to the rear of the hospital and many months of planning, clearing work and development, the helipad construction work was finally signed off week.

And within minutes of getting the ‘thumbs up’, the opportunity for the first test landing arose as Lincs & Notts Air Ambulance had just flown a patient in to the existing helipad, on the opposite side of Argyle Street, and were awaiting a call to their next job.

“The new helipad looks very impressive. The fact that we were able to complete the first test landing so quickly after construction was completed was down to pure chance, but now that we’ve seen the first helicopter land, we’re looking forward to being able to complete all of the tests with our partners and bring the helipad into permanent use.”

The helipad, situated behind Hull Royal Infirmary’s £12m Emergency Department, has been funded entirely by the HELP Appeal.

“Everyone is aware of the vital roles that hospitals and air ambulances play in treating a critically ill patient, but having a helipad beside the Emergency Department (ED) can play a significant part in saving vital minutes when transporting a patient to the expert care they need to save their lives.

“As the only charity in the country funding life-saving helipads we are pleased to be able to cover the entire cost of the helipad. We know the difference having a ground level helipad right outside ED would make.

“With the support of the air ambulances and the excellent emergency care team at Hull Royal Infirmary– this incredible mix of helicopters, helipad and hospital medical staff – will make a huge difference to those people who may urgently need life-saving treatment.”

Test flights will continue over the next few weeks until all 15 agencies who regularly fly patients in to Hull Royal Infirmary, including Yorkshire Air Ambulance, the Search & Rescue helicopter, and the Embrace children’s air ambulance have all completed at least one landing. 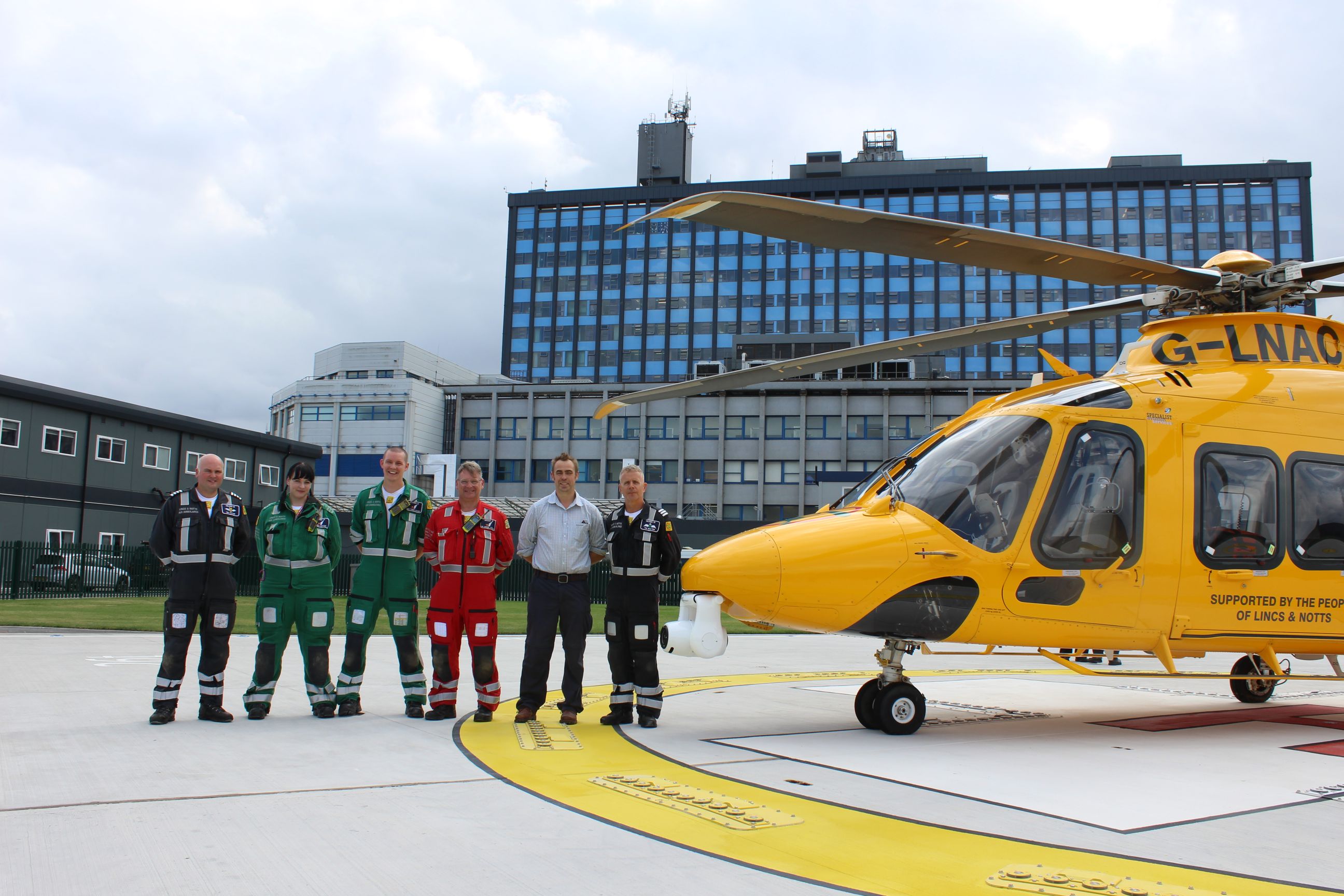 Patients are currently flown to the helipad on the other side of the hospital car park at Anlaby Road and have to be transferred to Hull Royal in an ambulance. Once all agencies have been able to test land successfully, the new helipad will be opened up for regular use and the current one decommissioned.

“The new helipad will shorten the journey by a quarter of an hour and remove the need for the patient to be transferred in a second ambulance to the Emergency Department.

“It will make the transfer quicker and more seamless for the trauma patient.

“When you have a really poorly person, this might be the difference between life and death because this could be the time when they are having surgery or a massive blood transfusion to save them.”

Trust Chief Executive Chris Long said: “We are deeply grateful to the HELP Appeal for its £500,000 donation, which has allowed us to construct the helipad directly behind our Emergency Department.

“There is no doubt that having a helipad so close to our highly skilled major trauma team means we will be able to save more lives in situations where every second counts.”

Duncan Taylor, Director of Estates, Facilities and Development, said the trust funded the demolition of the Haughton building among others and clearance of the site before main contractor Unico Construction could begin work on the helipad.

Measuring 30 metres by 30 metres, 900 tonnes of concrete were brought onto the hospital site, over the course of one day in September.

An access road for fire engines and service vehicles has been built alongside a second pedestrian route where patients will be carried out of the air ambulance and rushed into the emergency department.

Special double fences have been erected around the helipad as “baffles” to reduce noise pollution and the majority of the site will be turfed with pinned grass covered with mesh overlay to act as a “soakaway” to remove water from the helipad.

Lights have been imported from Holland to be set into the concrete, now covered in specialist paint.

Hull is one of the country’s 27 Major Trauma Centres (MTCs), credited with saving an additional 1,600 people’s lives since they were established in 2012.

The Search and Rescue helicopter, based at Humberside Airport, also lands in Hull with people winched off mountains or those injured on oil rigs or out at sea.

The helipad will also be used by the Children’s Air Ambulance, which can fly specialist medical teams into Hull to treat seriously ill children as well as fly children from here to hospital with specialist paediatric services. 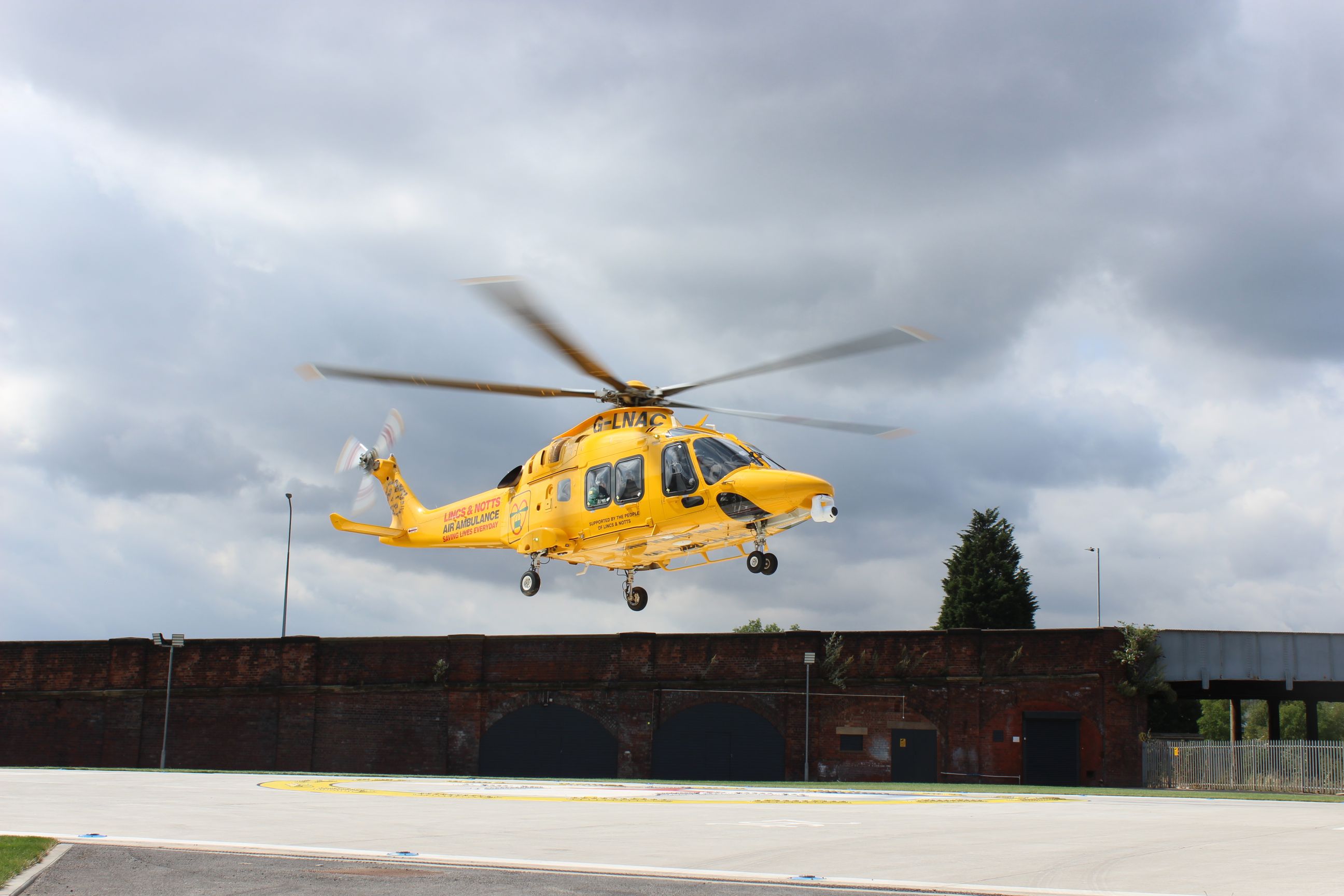