New mothers are risking a serious infection by ripping off their dressings to post images of their caesarean section scars on Facebook, hospital midwives are warning.

The Hey Baby team at Hull University Teaching Hospitals NHS Trust is urging women to keep dressings over their wounds to prevent infection which could lead to sepsis. 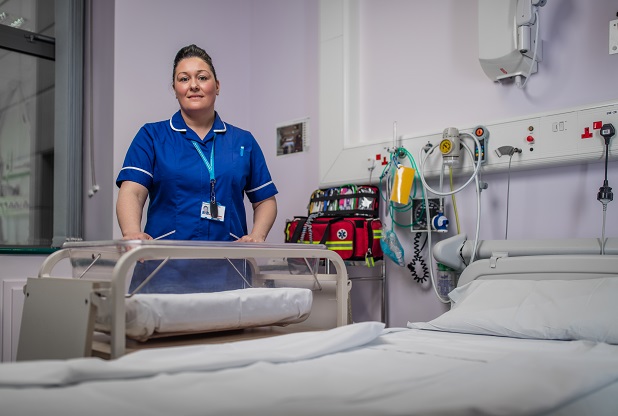 Hey Baby co-ordinator Melanie Lee said: “We are becoming increasingly concerned about the number of women who are removing their dressings so they can take photographs and post them on Facebook.

“Women who have just given birth and those who have just had surgery are at increased risk of developing infection already so it is essential their wounds remain covered until a health professional says dressings are safe to be removed.

“We’re sharing more and more on social media and sometimes, people post these images on their pages because they want to know if their wound is ‘normal’.

“But they need to realise that they increase the risk of the wound becoming infected if they remove the dressing and these infections could lead to sepsis.”

There are around 250,000 cases of sepsis in the UK every year and it claims the lives of almost one in five of those who contract the severe infection.

Women who have just given birth or had a caesarean section are at greater risk of developing sepsis along with pregnant women, the very young and the very old, people with compromised immune systems, people with cancer or liver disease and those who have undergone surgery.

According to the Sepsis Trust, it normally begins with a bacterial infection and the most common types of infection leading to sepsis are pneumonia, urinary tract infections, meningitis, cellulitis and wound infection after surgery.

Symptoms include confusion, feeling cold and shivery, feeling hot and sweaty, feeling very tired and short of breath, vomiting, nausea or diarrhoea, not passing urine, cold, blue or mottled skin and developing an increasing sense of doom and feeling like you are going to die.

Melanie Lee said anyone who is concerned about their wound following a caesarean section should speak to their midwife or another health professional  such as a GP.