When she broke her arm at the age of six and had to spend the night in hospital, Denise Rose knew she wanted to be a nurse.

Now, 38 years after beginning her training, Denise is retiring from her role as Emergency Nurse Practitioner in Ophthalmology at Hull Eye Hospital.

Despite dedicating almost four decades of her life to caring for other people, Denise is modest about her contribution to health care.

“I’ve just been part of an excellent team.” 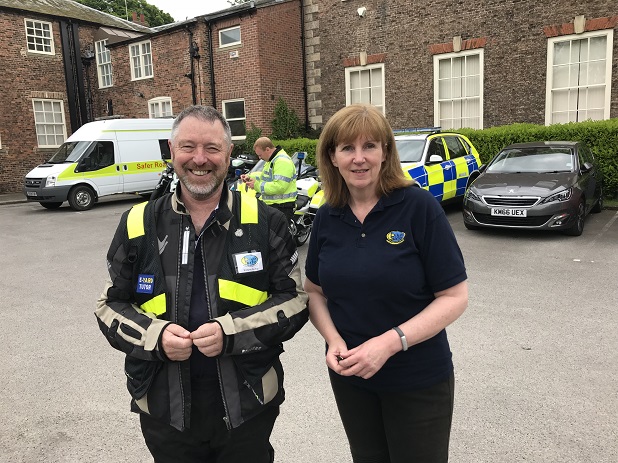 Denise, who grew up in Glasgow, started her nurse training with Ayrshire and Arran College of Nursing and Midwifery in 1981. After one week of training, she was sent to her base hospital, Ayr County Hospital, to learn nursing basics.

During her training, Denise found her passion when she went to work on the ophthalmic surgical unit at Heathfield Hospital in Ayr.

“I loved it so much,” she said. “I realised that was what I wanted to do. I understood it. It was where everything fell into place for me.

“I understood the anatomy, the physiology. And the patients were so diverse, from babies right through to the elderly.”

She set herself the task of building up her knowledge of general medicine. After qualifying as a State Registered Nurse in 1984, she worked at Biggart Hospital in Prestwick, which cared for the medical elderly and the young chronically sick, such as those with head injuries or neurological conditions such as motor neurone disease.

She then moved to Moorfields Hospital, the world famous eye hospital in London, to undertake her post registration diploma in Ophthalmology and spent a year working there  before moving to Peterborough District General Hospital where she spent one year as a full-time night duty staff nurse, first in ENT and then moving to acute medicine.

She arrived at Hull Royal Infirmary in 1987, starting in the Eye Clinic, the only full-time staff nurse supporting the full time sister.

After two years she then moved and became sister in Occupational Health in 1989 at Kingston General Hospital and then Princess Royal Hospital.  Just before she went on maternity leave to have her second child, she spotted a job as an Emergency Nurse Practitioner within the Eye Clinic. She applied and got the job.

Twenty –four years later, she’s still there, witnessing the creation of a separate Eye Hospital in Fountain Street and massive advances in treatment for people with sight problems.

“The first thing has been the success rate of cataract surgery and the fact that we can get patients in and out within hours,” Denise said. “Before, years ago, you’d be in for days. Now, we can do sight-preserving surgery in hours.

“Fifteen years ago, there was nothing we could do for people except signpost them to the Blind Institute on Beverley Road. Now, we can often preserve their sight and keep them driving rather than patients having to be registered blind.”

In her role, Denise helps patients who have suffered minor trauma to their eyes, such as bits of metal from welding or foreign bodies which end up in their eyes.

She said: “It can be extremely painful for people so making sure they are pain-free and reassuring them that they are not going to go blind is one of the best parts of my job.

“I always say that, as a nurse, I’m here to deal with the more minor cases so the doctors are free for the more major stuff.

“But sometimes, all those minor cases , the people who have been poked in the eye or have metal from welding or grinding, matters to that person. Removing that and making sure they don’t develop an infection and can get back to work in a few days is rewarding.”

Denise has been sharing her skills and knowledge with the Emergency Nurse Practitioners in the Emergency Department and is hoping to spend 22 hours of her week teaching health care staff in the community. 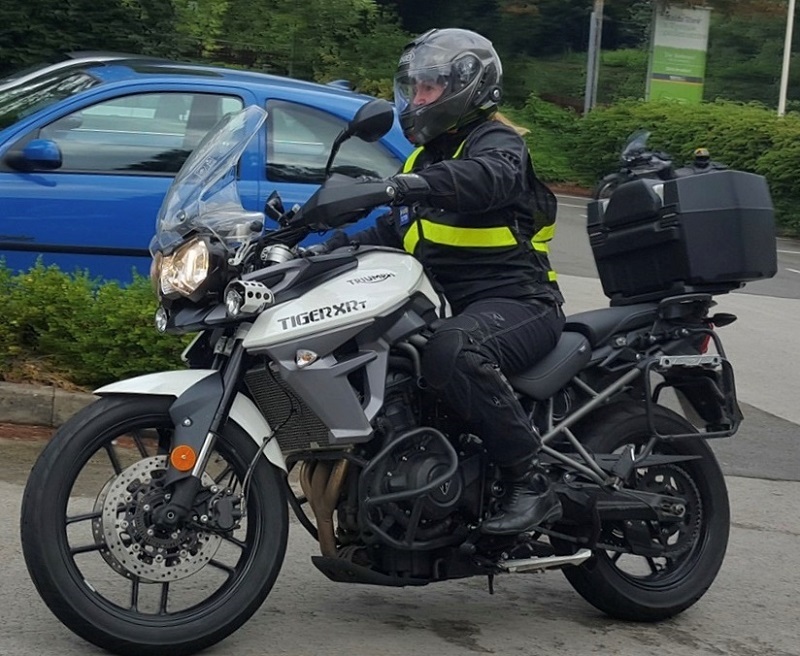 Denise Rose on her bike

She’ll also be making the most of her free time, riding around on her beloved Triumph Tiger 800, often seen parked outside her window at the Eye Hospital, with another tour of Germany and Austria planned for September and continuing her voluntary work as an advanced tutor with RoSPA Advanced Drivers and Riders East Yorkshire.

Ask her what she’ll miss most about her job and she falls silent, drawing herself together.

“I’m going to miss my colleagues,” she said. “This has been my life and I have made some lovely friends here.”

Senior Matron Terri Wainman said: “We are all going to miss Denise so much. She has been a fantastic member of our team and we would like to thank her for all she has done to help patients over so many years.

“We know they will miss her as much as we will.”