War veterans laid their standards at a bench funded by hospital staff to honour Hull’s fallen heroes today as part of the commemorations to mark the 75th anniversary of D-Day.

Chief Executive Chris Long, a former Army Major, said: “We are very proud of our work with veterans and feel very honoured to welcome the Royal British Legion as we remember the hundreds of thousands who took part in D-Day. 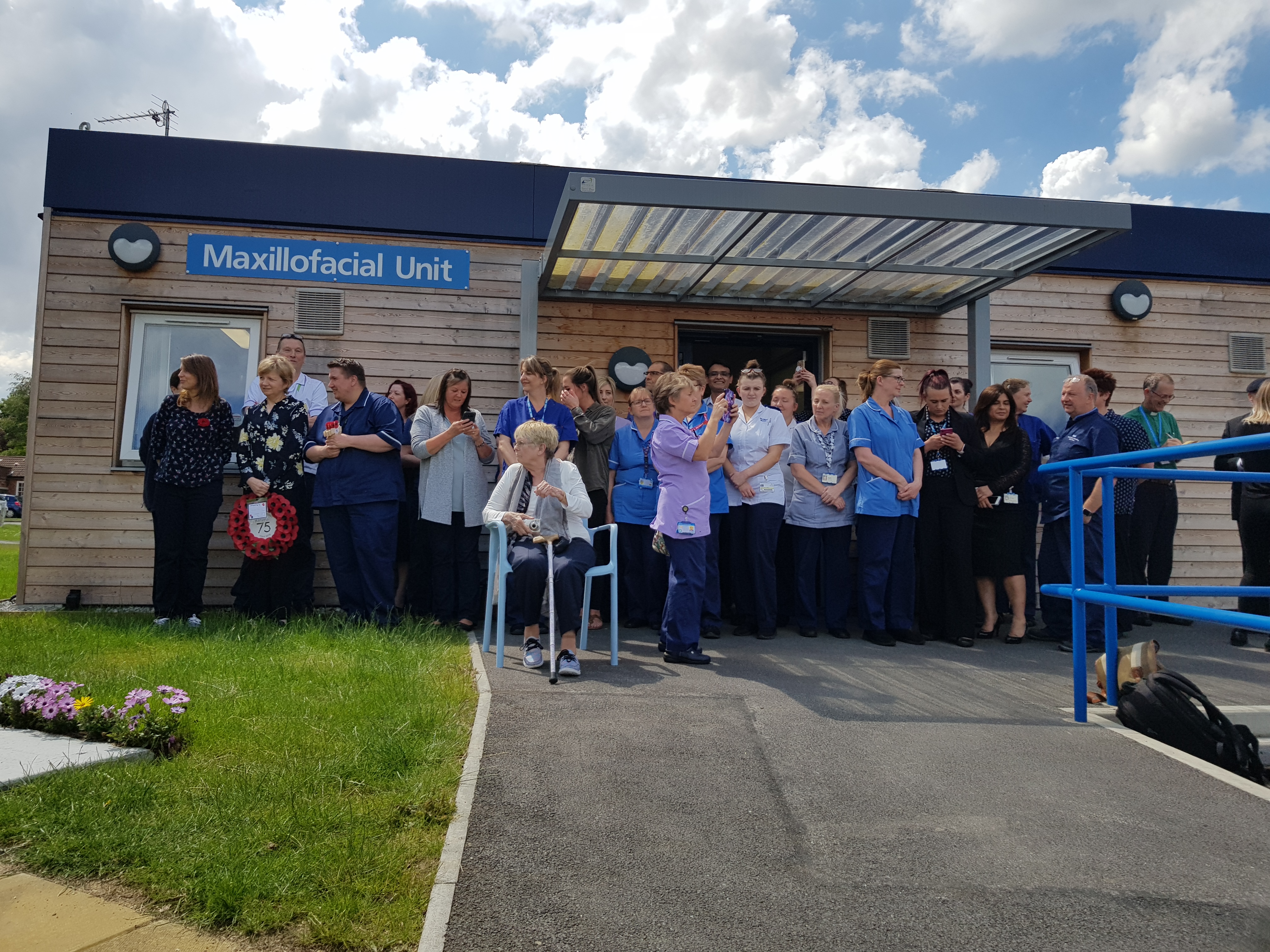 “Our staff raised money for the bench to create a special place of contemplation and we hope today’s ceremony will show veterans and their families their sacrifice will never be forgotten.”

The trust became one of the first NHS trusts to be awarded Veteran Aware accreditation last year and is leading the way in improving NHS care for veterans and members of the Armed Forces communities.

Staff receive special training to be aware of veterans’ specific needs and can help signpost past and present servicemen and women to services and charities which can help them, such as mental health services or support with financial or benefit claims.

Jeff Dixon, a standard bearer with the Royal British Legion, said: “Today is a very special occasion when the whole country remembers those who lost their lives on a day which changed the course of the war and saw the Allies begin the journey to victory against the Nazis.

“Hospital staff have made sure their sacrifice – and the sacrifice of others in different conflicts – will be remembered by the generations who enjoy freedom.” 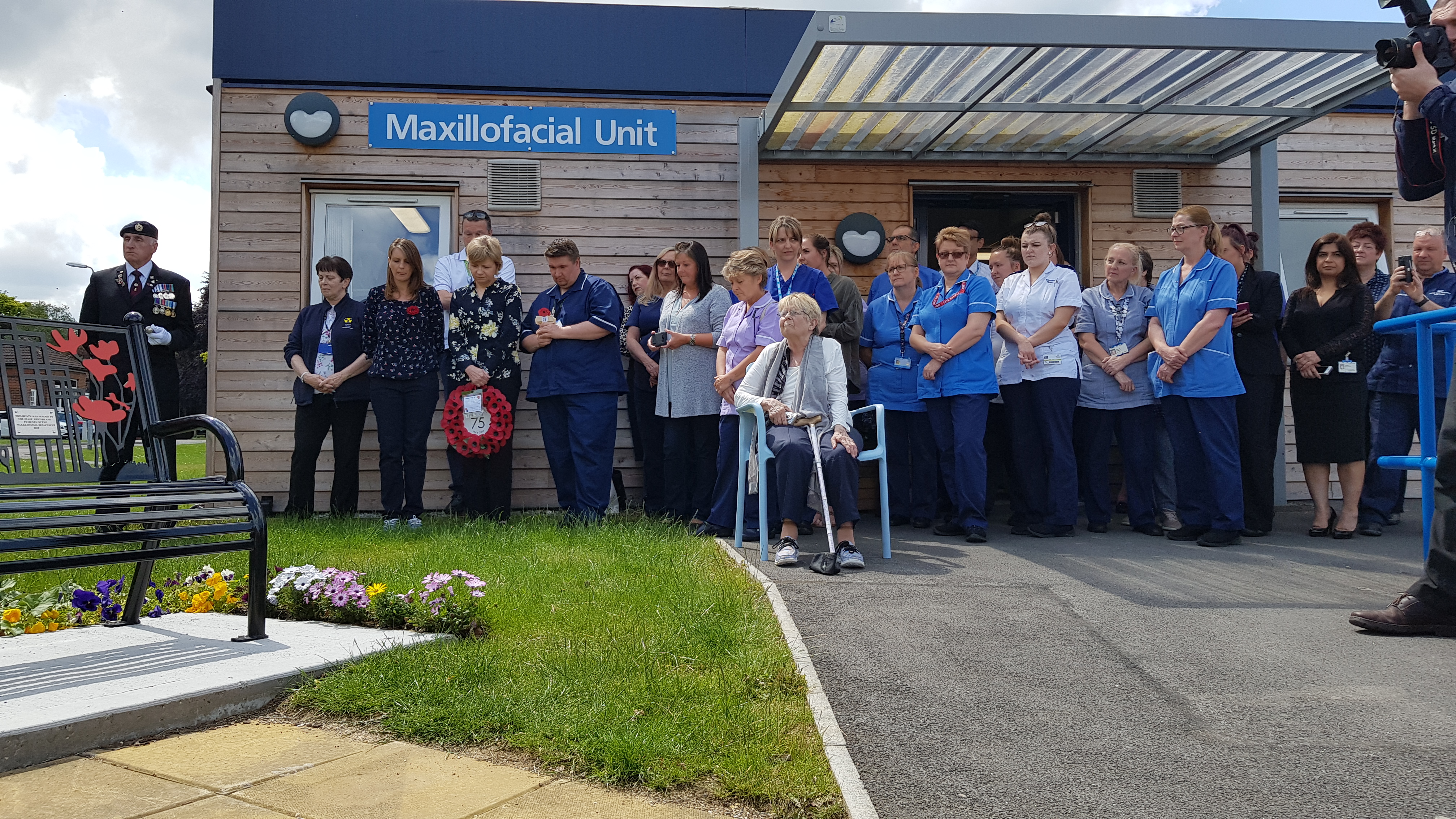 Staff and patients from the Maxillofacial Unit gather for the ceremony

The Maxillofacial team at Castle Hill Hospital raised £1,000 in just one month after coming up with the idea of honouring veterans to buy a bench with metalwork cut in the shape of soldiers and poppies after being inspired by the poppy display at Hull Minster.

The bench has now been put in place outside the unit at Castle Hill and the estates team have planted flowerbeds around it to create a quiet haven of reflection. Olive trees have also been planted outside the front entrance to the unit with the small amount of money left over.

Charge Nurse Michael Hookem said: “We are so touched to have members of the British Legion here with us on such a special anniversary.

“Patients and visitors to the unit were so generous to help our fundraising appeal and it was so moving today to watch the men lay their standards at our bench.”