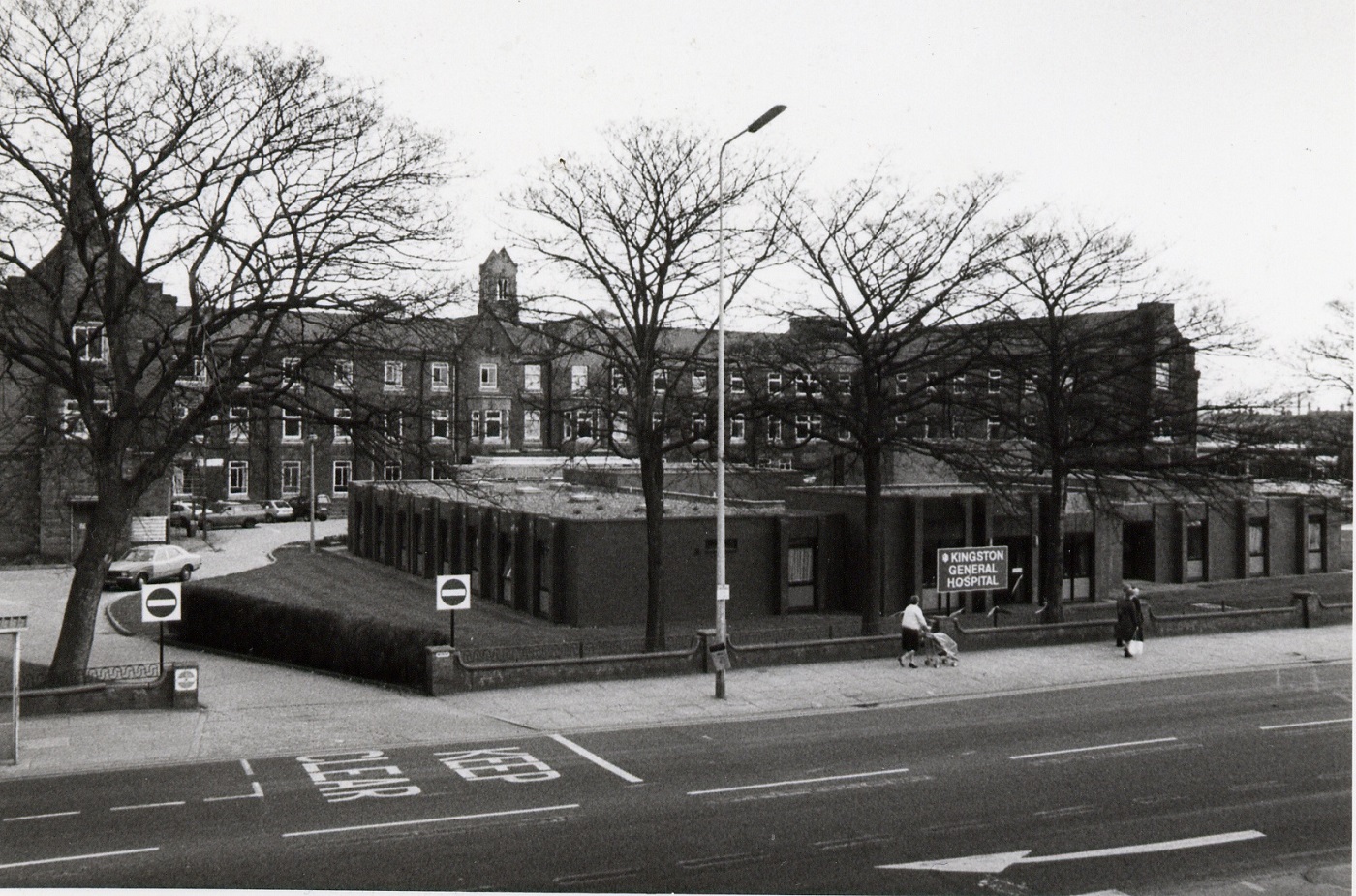 A man who became the first nursing student to work with long-term patients in the former Kingston General Hospital has spoken of his 40-year service to the NHS to mark International Nurses Day.

Mike Hebblewhite became known as Mr Kingston General  and was credited with playing a major role in transforming care for older people in the city.

Now 85, Mr Hebblewhite, who was awarded the MBE for his services to nursing by the Queen at Buckingham Palace in 1987, said:  “It was hard work but I loved every minute of my career.

“It was a pleasure to come to work.” 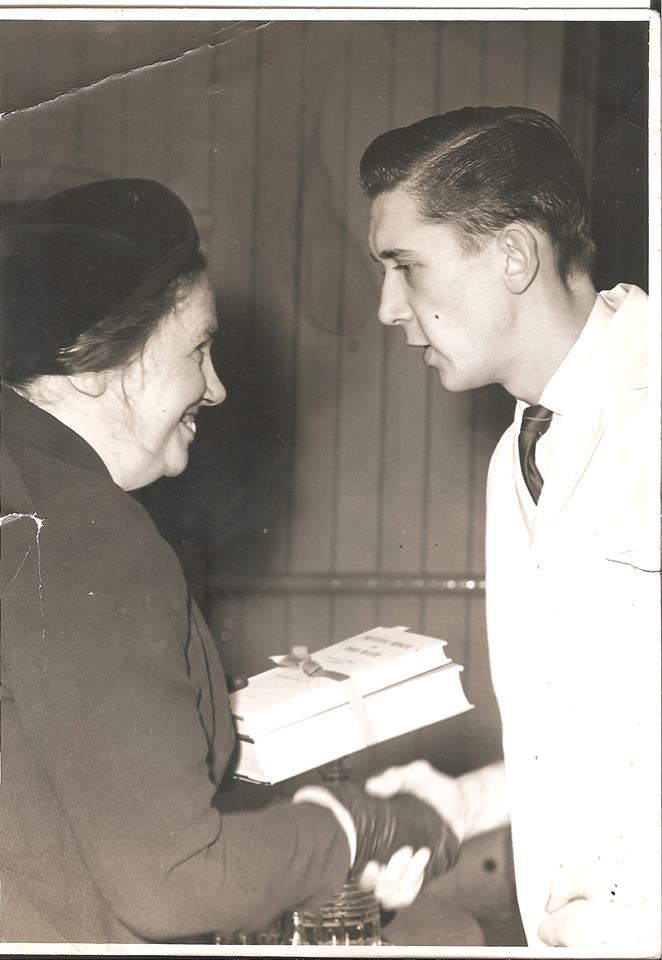 Mike Hebblewhite at an awards presentation with Miss Amy Squibbs, an assessor from the General Nursing Council, in 1958

International Nurses Day is held every year on May 12, the anniversary of Florence Nightingale’s birth, to celebrate the contribution nurses make to society. This year’s celebrations also mark 100 years since the Nurses Registration Act was passed.

Mr Hebblewhite trained as a nurse after serving in the Royal Air Force as a medic for three years.

”When I went to the recruitment centre, I wanted to be a gunner but they said there weren’t rear gunners on planes anymore and I’d five minutes to think what else I could do,” he said.

“They said I could work in equipment or in the office but I didn’t fancy that. Then they asked what about running about in a field ambulance so I thought I’d give that a try.”

Initially posted at RAF Driffield, he spent two years in Iraq before he was demobbed. He couldn’t get his job back at Sanderson’s Paint Factory so, with the NHS in its infancy, decided to use his medical training and went to see the matron at Kingston General.

“She looked at my service record and said I’d need to start right at the bottom and that was fine with me,” he said.

Mr Hebblewhite was sent to work in the former Sculcoates Workhouse, which had been transformed into Kingston General Hospital, to work in the geriatric unit looking after people with long-term chronic conditions.

Back then, patients were institutionalised with conditions such as epilepsy, terminal syphilis or disabilities and often spent decades in hospital until they died on a 44-bed ward with open fires and huge cot beds with no day room.

Working first as a staff nurse and then a charge nurse, he helped to transform elderly care, introducing bingo sessions to occupy patients and trips to the pantomime. 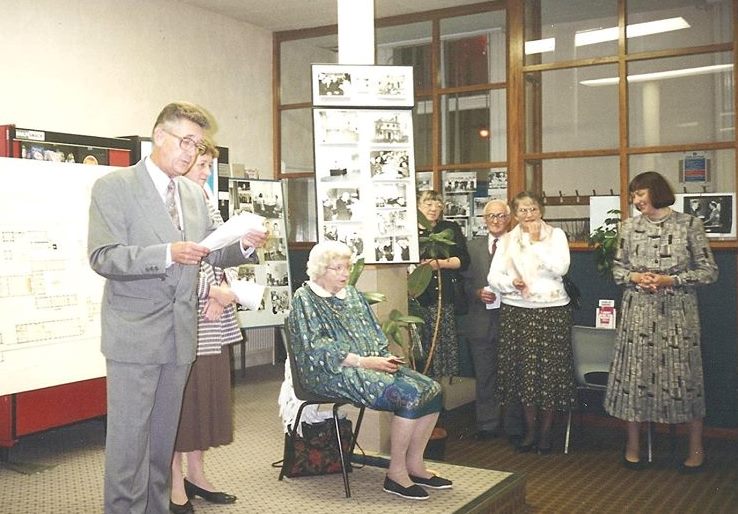 Although “partnership working” has become a buzz word in recent years, it was in practice and part of daily life back then, with Mr Hebblewhite in direct contact with district nurses, council housing teams, social workers and therapists to assist the people who came into the centre.

“It wasn’t just the patients we looked after,” he said. “We were there for their families too and if someone told us they had an appointment on a day their mother wasn’t due to come to the centre, we’d arrange for them to come to us for an extra day.”

In 1992, he returned to Kingston General as site co-ordinator for the newly formed Royal Hull Hospitals Trust and stayed until his retirement four years later.

“My first three months in the job were spent washing lockers in the sluice room, cleaning and emptying bedpans and spittoons, changing and making beds,” he said. “It was superb grounding.

“For the first 11 years, I used to walk to and from work and that was while I was doing a 48-hour week but I didn’t mind. I loved it.

“My wife Sheila tells me I never saw the kids because I was backwards and forwards to the hospital all the time but that was just how it was.

“I miss the people and I do miss nursing in a way but I’ve been retired for 22 years and I’ve got it out of my system now.”