Images of the new ‘infirmary’ which treated around 6,500 army and navy casualties have been released to mark the 100th anniversary of the end of World War One.

The new 220-bed infirmary, then part of the Hull Workhouse, was handed over to the British Government to receive injured military personnel from the front line after war was declared within days of its official opening. 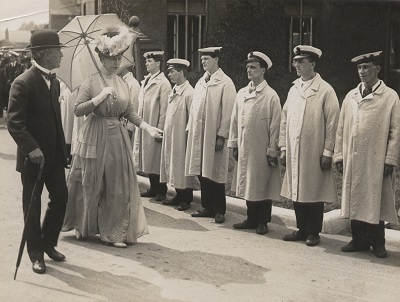 To mark the centenary of the end of World War One, Hull University Teaching Hospitals NHS Trust is releasing photographs of a royal visit by King George and Queen Mary in 1917.

Hospital archivist Mike Pearson said: “The hospital played an important role in the history of the nation, long before the creation of the NHS.

“Trainloads of wounded soldiers and sailors were brought into the city and many of them owed their lives to the dedication and commitment of the staff who worked at the infirmary.”

The infirmary, built on the current site of the current tower block, was opened by Hull Lord Mayor JH Hargreaves on July 16, 1914. However, Germany declared war on France and invaded neutral Belgium on August 3, with Britain declaring war on Germany the following day.

Hull handed over the infirmary to the War Office at York on August 15 with the Dowager Lady Nunburnholme offering to pay for the building to be equipped with stores and provisions. 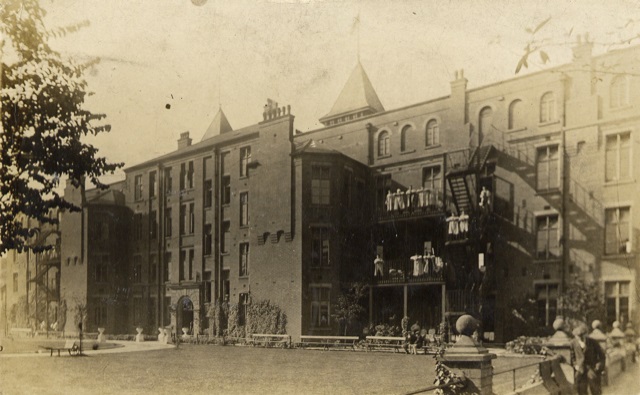 It was to be used to treat casualties from the military and navy with the East Riding Territorial Branch of the St John Ambulance Association Voluntary Aid Committee supplying nurses and staff.

The hospital started accepting casualties almost immediately and between August 1914 and January 1917, almost 2,500 patients, mainly soldiers and military personnel, were treated in Hull. 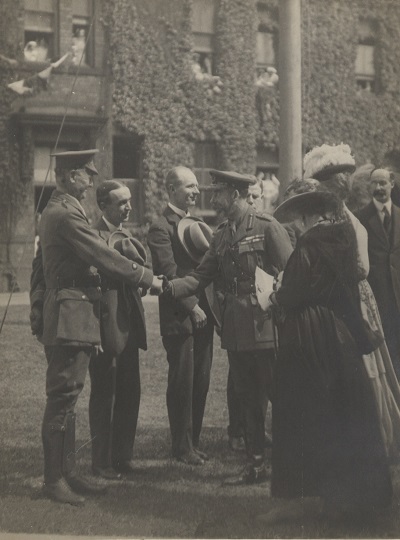 By January 31, 1917, Britain’s naval base hospitals were under intense pressure because of the number of casualties from the war at sea so the Admiralty asked that the hospital should only accept naval casualties.

Six large and six smaller wards were used to treat 204 men and 16 officers. 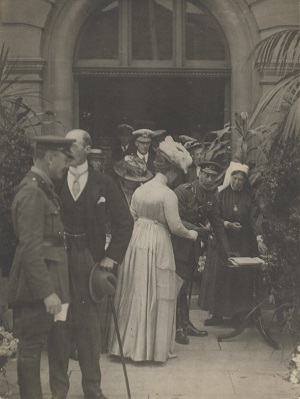 They were brought into the city on board Royal Naval ambulance trains as well as on scheduled services every Wednesday.

King George and Queen Mary visited the hospital, speaking to staff and patients on June 18,1917.

A matron and 12 trained sisters ran the wards with the nurses coming from the Kingston and Western Division of the St John Ambulance Association Voluntary Aid Detachment.

By the time the hospital closed in January 1919 following the end of the war, it had treated a further 4,000 patients.