He sees patients at the hardest times in their lives, not long after they’ve discovered they have cancer.

But Therapy Radiographer Rob Brown also witnesses to their hope for the future experienced by those same patients at the end of their treatment.

Based at the Queen’s Centre, the radiotherapy team see up to 200 patients a day with five of the six special linear accelerator (Linac) machines built into the slopes of the surrounding countryside in constant operation.

Rob has been at the trust for 12 years after completing two years of training and was one of the hundreds of staff who transferred from Princess Royal to the Castle Hill site when the new centre opened this week 10 years ago.

He said: “We were blown away by the centre when we first got here. There was all this light and airiness and it felt such a welcoming place. It’s a cracking building and we’re lucky to have it.” 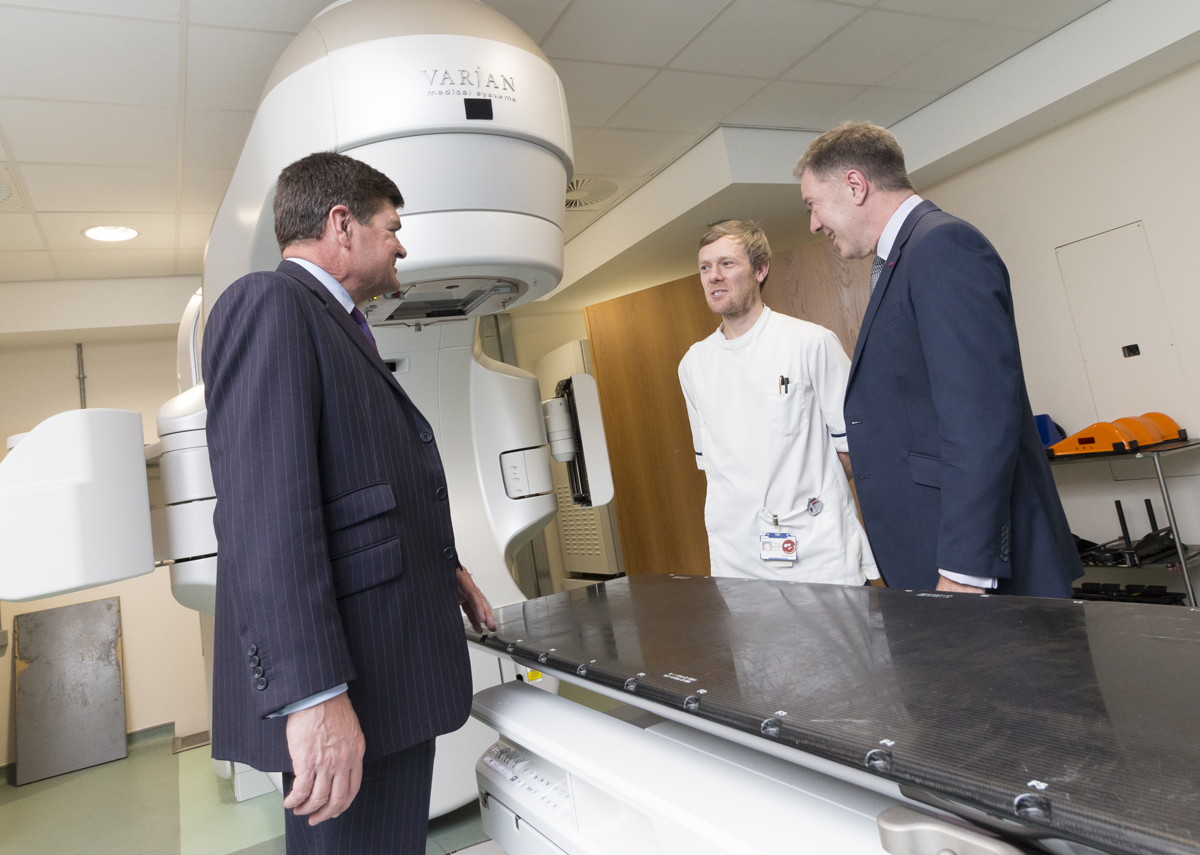 Rob and the team see patients soon after they’ve been diagnosed with cancer. Although each session lasts 10 to 15 minutes, they are able to build up friendships and rapport with some patients who have to come for up to two months until their treatment is finished.

Patients diagnosed with cancer can undergo different forms of treatment, from chemotherapy and surgery to radiotherapy. Some come to the radiotherapy team for one palliative session, others can have up to 37.

First, they have a CT scan to pinpoint the exact location of the tumour. A doctor and the planning team will then draw up a treatment plan, based on the position and shape of the tumour, to ensure the exact site is targeted without damaging surrounding healthy tissue where possible.

Rob and the therapy radiographers then put the plan into action within a couple of weeks, delivering radiation to the exact location and in the exact dose specified by the doctor.

“For a lot of patients, the first day is hard because there is the fear of the unknown,” says Rob. “Still, a lot isn’t known about radiotherapy so people turn up, not knowing what to expect.

“For the treatment itself, patients don’t feel a thing but they can experience side-effects either short or long-term. If that does happen, we can give advice and have an in-house nursing team and registrars who can help them.”

Although the team sees patients at the start of their journeys and don’t always hear about the outcomes, their focus remains on making it the very best experience it can be.

Rob says: “It can be quite sad and we see some people who are distressed when they first come here but we do our best to put them at ease.

“But we also see them on their last day and we’ve got our fingers crossed for them and hope for the best.”

As a way of marking the end of treatment, staff have installed a bell which patients can ring after their last treatment to cheers and applause from the team.

Rob said: “It is very humbling when you see patients with cancer and it puts any problems you might think you have into perspective.”