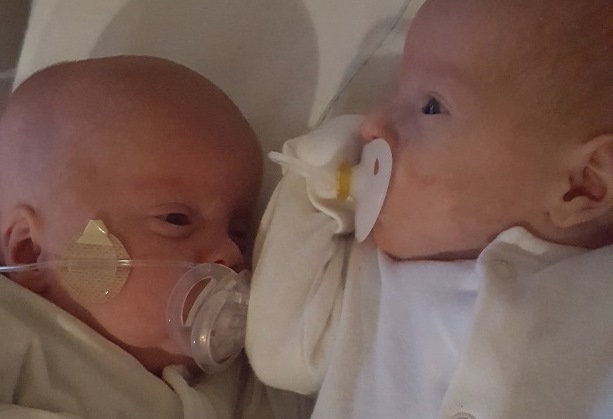 A mum has told how her twin sons are winning their fights for life after they were born 15 weeks early.

“We were taking it hour by hour at the start, not knowing if the boys would make it,” Kelli said. “The staff in NICU are just absolutely amazing.

“It was mind-blowing at the start, with all the machines and the beeping and everything else that goes on. But the nurses were so kind and looked after us as well as Jai and Khal.

“There aren’t the words to thank them enough.” 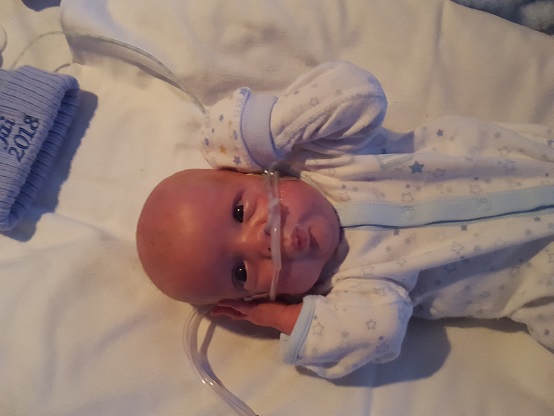 Kelli has five other children – Kadie, 20, Kacie, 18, Jodeci, 14, Kory, 9, and three-year-old Ko-dee – and was over the moon when she and David discovered they were expecting twins.

The couple, who live at Patrington Haven, were given an expected due date of April 14 but when she woke up on January 4, Kelli discovered she was bleeding slightly.

“I thought it was a water infection but I went to hospital for a check-up anyway,” she said. “With this pregnancy being twins, they keep a close eye on you but I still felt ok.”

Tests at Hull Women and Children’s Hospital showed no sign of infection but midwives discovered Kelli was two centimetres dilated and started monitoring her.

“I was having what I thought were Braxton Hicks because I knew it was way too early for me to be having the babies,” she said.

“I hadn’t even bought a single thing for them because I was just getting Christmas and New Year out of the way. I still had four months to go and I thought I’d loads of time.”

She was taken to the hospital’s labour ward where staff monitored her and the babies every 15 minutes. However, after what felt like a stomach cramp, a scan was carried out what showed one of the babies was lying in a breech position.

Staff immediately prepared Kelli for an emergency caesarean section and David’s mother arrived in the operating theatre just in time to see Jai born while David stayed at home with the couple’s children.

Jai had chest  compressions  while Khal was born two minutes later and both boys were rushed to NICU immediately as the battle began to save them. 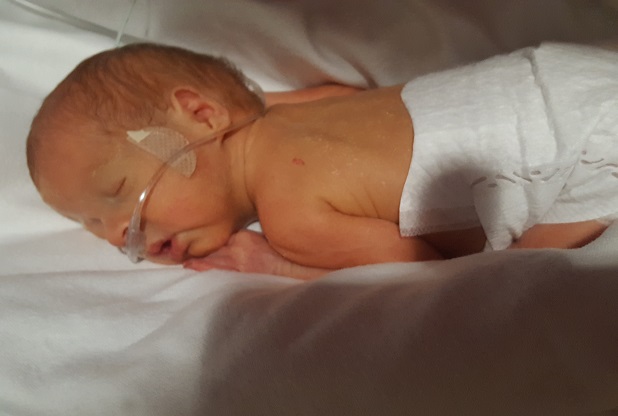 Kelli did not see her sons for six hours although David was able to come in and be with them while she recovered from major surgery.

“It was just like being caught in a whirlwind,” she said. “Everything happened so quickly. I came in, was in labour, was in theatre, the babies were taken past me and I couldn’t see them properly. I didn’t have time to think.”

Kelli will never forget the first time she saw her sons.

“They were just so tiny,” she said. “There are all these machines and the constant beeping. It’s quite scary and it was a bit mind-blowing. But the staff were so fantastic.

“You take things for granted. You never see this side of giving birth until you have to and then you are so grateful they are there.”

Jai thrived in the first week while Khal was very poorly, suffering a bowel perforation and undergoing surgery.

“We nearly lost him then,” said Kelli. “They called us in and asked if we wanted him to be blessed as they weren’t sure if he’d make it or not. But the nurses were shocked by how quickly he began to pick up.”

As Khal recovered, Jai’s condition took a turn for the worse, suffering a severe lung infection and chronic lung disease.

At one stage, he flat-lined, requiring adrenalin to bring him back and he developed pneumonia.

“It was touch and go more than once,” said Kelli.

At the end of February, Jai was taken off the ventilator as his condition improved and he is now doing well.

Both boys have continued to put on weight with Khal weighing 1.5kg (3lbs 5oz) and Jai weighing 1.3kg (2lb 13oz) by the start of March.

“The staff in NICU are just incredible. One nurse, Natalie Cook, stayed with Jai for four nights in a row and she has quite a bond with him. You cannot fail to be so grateful for all they do.”