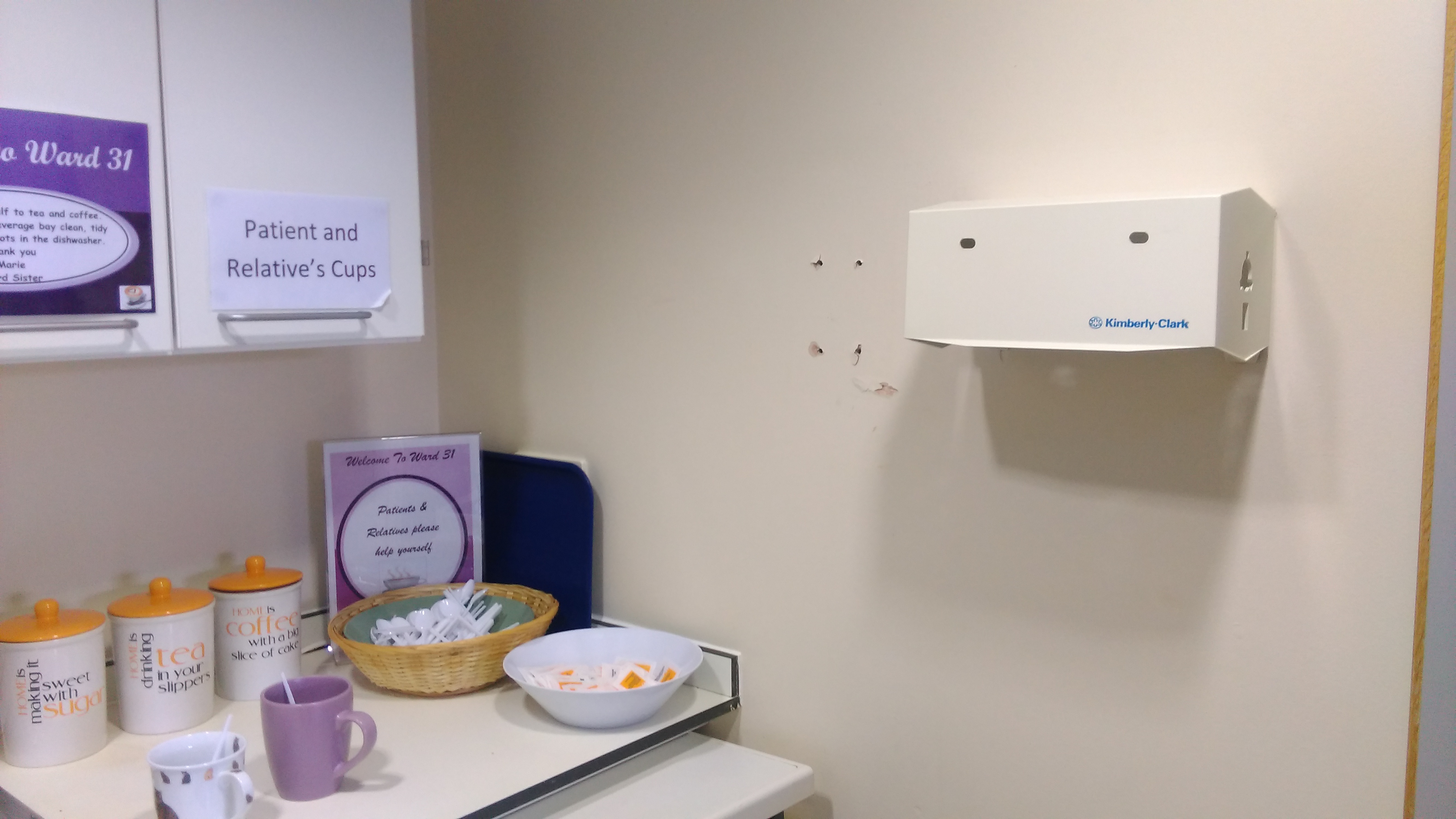 A cash box paying for drinks and biscuits for cancer patients and their families has been ripped off a hospital wall.

Staff on Ward 31 at Castle Hill Hospital bought tea, coffee, milk and biscuits for patients and families in their own time using contributions left by visitors.

However, ward sister Marie Hardcastle was horrified to discover the metal box where families left donations had been ripped off the wall this week.

Marie said: “We’re all just so shocked. This is something we do for families so they can enjoy a cuppa and a biscuit with the people they’re visiting.

“We just ask people to make a contribution and I go out and stock up on supplies in my own time.

“The box was screwed to the wall so someone’s gone to a lot of trouble and taken a risk of being discovered when they were ripping it off the wall.”

The box, similar to the one used for family and friends forms, was screwed to the wall in the beverages bay used by visitors on the ward corridor. 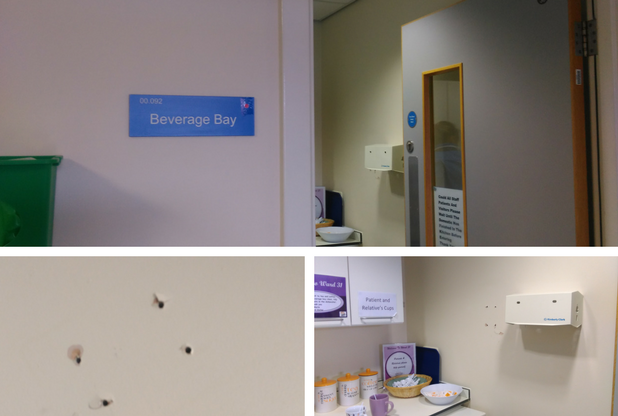 Ward staff have alerted the trust’s security team and an investigation is under way to bring the culprit to justice.

Marie said: “I don’t know how they’ve managed to do it and no-one heard them.

“All I would say is the patients here have cancer and this was a nice thing we were trying to do for them and their families.

“Whoever’s done this would definitely have known what that money was for and it’s just appalling.”

Jonathan Wood, director of operations at Hull University Teaching Hospitals NHS Trust, said the organisation would not tolerate theft on wards and confirmed the investigation had begun.

He said: “We are sickened that someone would do this. This is money which has been donated to help the families of patients at the most vulnerable time of their lives.

“It is completely unacceptable and we will do all we can to bring the culprit to justice.”