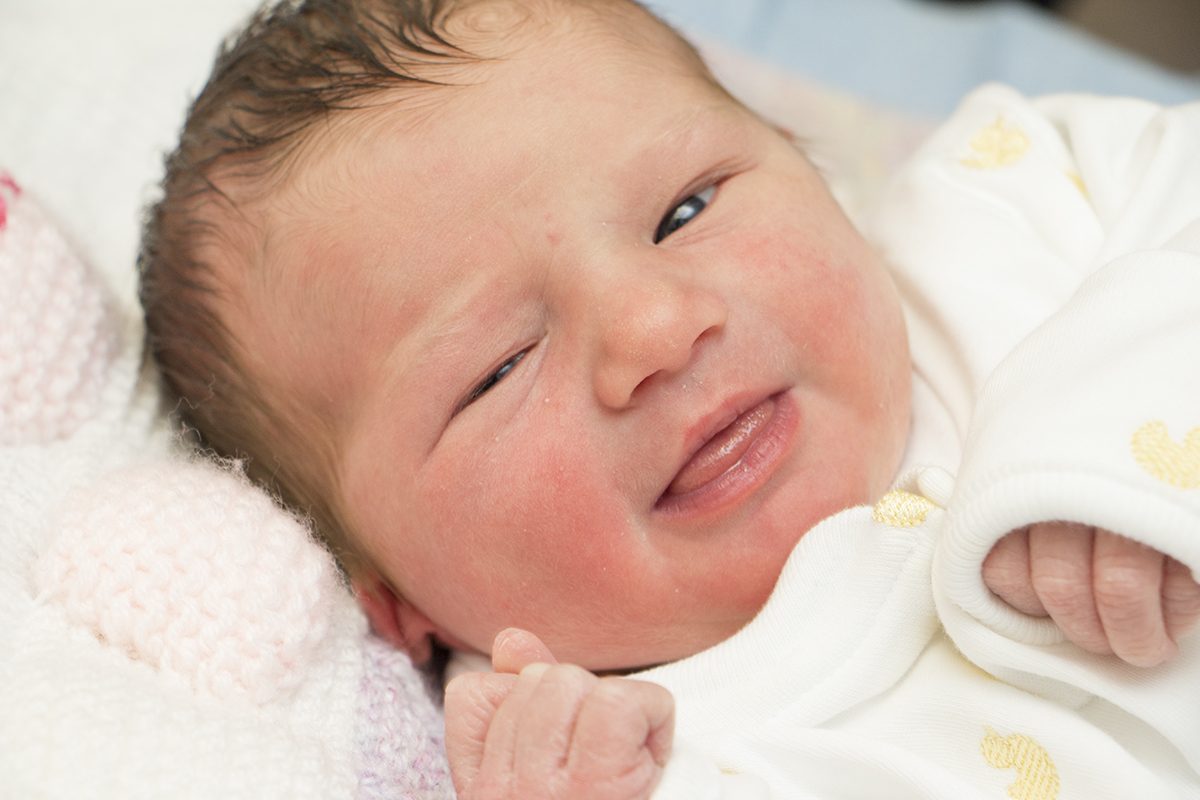 Laura Mason, 31, was the first mum to give birth at the Fatima Allam Birth Centre when baby daughter Florence Annabelle arrived at 58 minutes past midnight on January 2.

Cradling their newborn daughter in her arms, Laura told how she achieved her dream of a good birth by delivering Florence Annabelle under water in the birthing pool with the lights changing colour, music playing and husband Chris by her side.

“It was absolutely perfect,” she said. “I’d arrived at the hospital at 10.30pm on New Year’s Day and gave birth two and a half hours later.

“We hadn’t thought about a water birth before but decided to get in the water when the midwife suggested it. It was just so relaxing, the warm water helped with the pain and it was just a wonderful experience.” 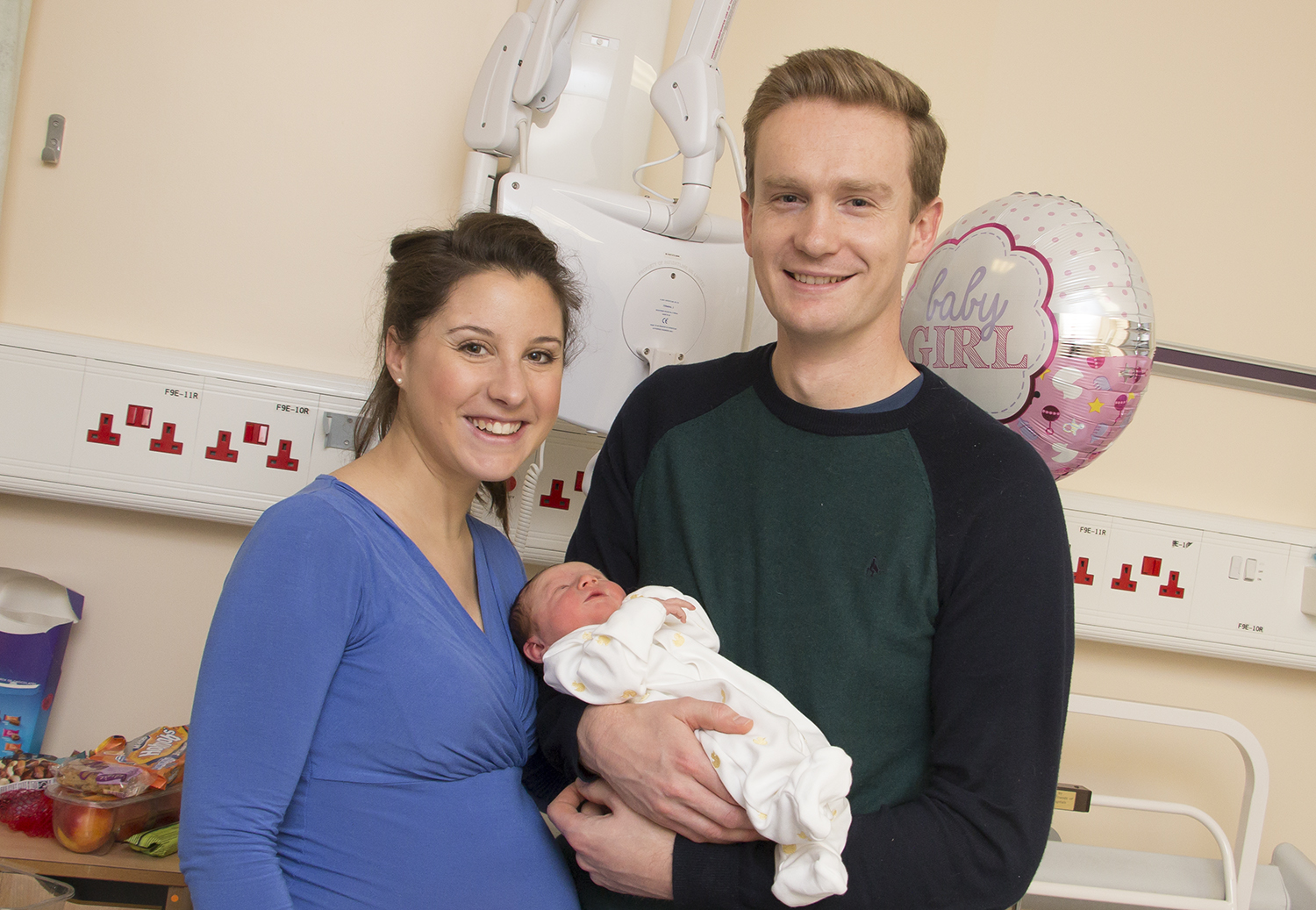 Chris, 31, told how the first sight of his daughter came when Florence Annabelle rose up through the water to meet him.

He said: “It was just brilliant. Laura seemed so much more relaxed than she’d been at home as soon as she got into the pool.

“It worked out perfectly and I saw her open her eyes in the water when she came up to the surface.

“I can’t imagine a more ideal situation to give birth in and the staff were absolutely fantastic.”

The Fatima Allam Birth Centre opened in April 2017 and the midwifery-led service has helped scores of couples have their babies in a calm environment with first-class facilities.

Each of the three rooms is equipped with a birthing pool and platform, wet rooms and birthing balls which help women deliver their babies without medical intervention.

An option for most women with uncomplicated pregnancies, the birth centre is situated on the second floor of Hull Women and Children’s Hospital next to the labour ward.

Women who opt to deliver their babies at the Fatima Allam Birth Centre can access all pain relief except an epidural and should they require medical support, they can be transported to the neighbouring labour ward in seconds.

Laura and Chris, who live in the East Riding, are expecting to return home with their daughter, who weighed 7lbs 1.5oz, today.

“I had really wanted to have her at the birth centre as I’d heard really good things about it from my friends,” said Laura.

“The aim had been to have her at the birth centre and I was so relaxed and comfortable. “ 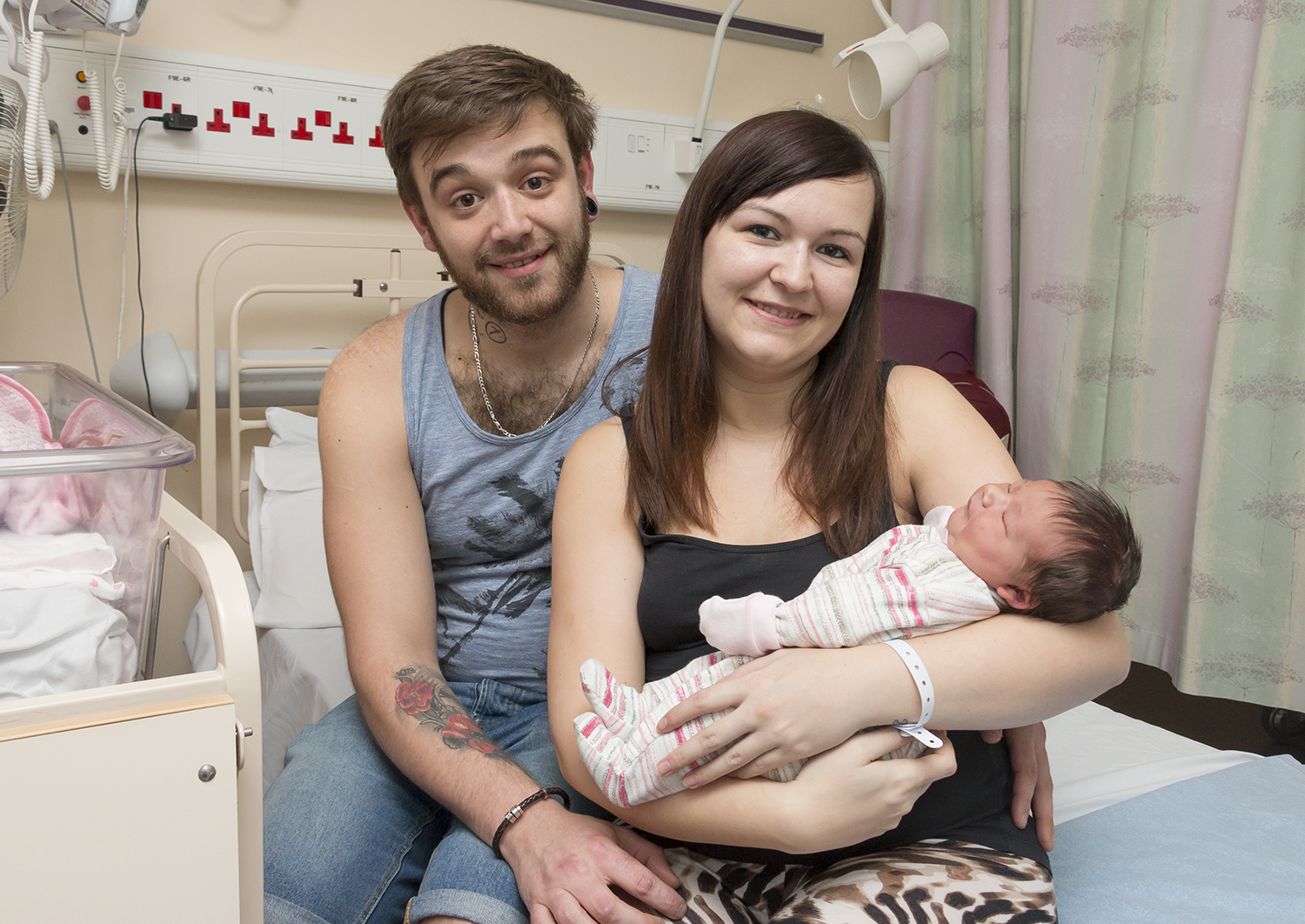 Patrycja Zielke, 28, delivered the unit’s second baby of the new year when daughter Nikola arrived into the world arrived at 11.42am on January 2, weighing 8lb 8oz.

As her daughter slept in her cot next to her bed, Patrycja said she and partner Jozsef Balatinacz were pleased with their birth experience.

Patrycja is originally from Poland and has lived in Hull for six years. Jozsef is Hungarian and the couple, who live in Hull city centre, speak to each other in English. The plan is for their daughter to speak all three languages.

She said: “I’d an uncomplicated pregnancy so could use the birth centre and it was really good.

“She is my first baby and I’m really glad I went to the birth centre.”

Suzanna Lascelles, midwifery sister for the birth centre, said couples can find out more about the birth centre at the next HEY Baby Carousel event at Hull Women and Children’s Hospital on January 31 between 6pm and 8pm.

She said: “We are putting blue and pink buttons in a special jar to mark all the babies born at the birth centre in 2018 so we’re delighted to start with our first two pink buttons.

“The Fatima Allam Birth Centre provides the opportunity to have a very special birth and to welcome your baby into the world in a calming and relaxing environment.

“We’re sure Florence Annabelle and Nikola will be the first of many new arrivals this year.”