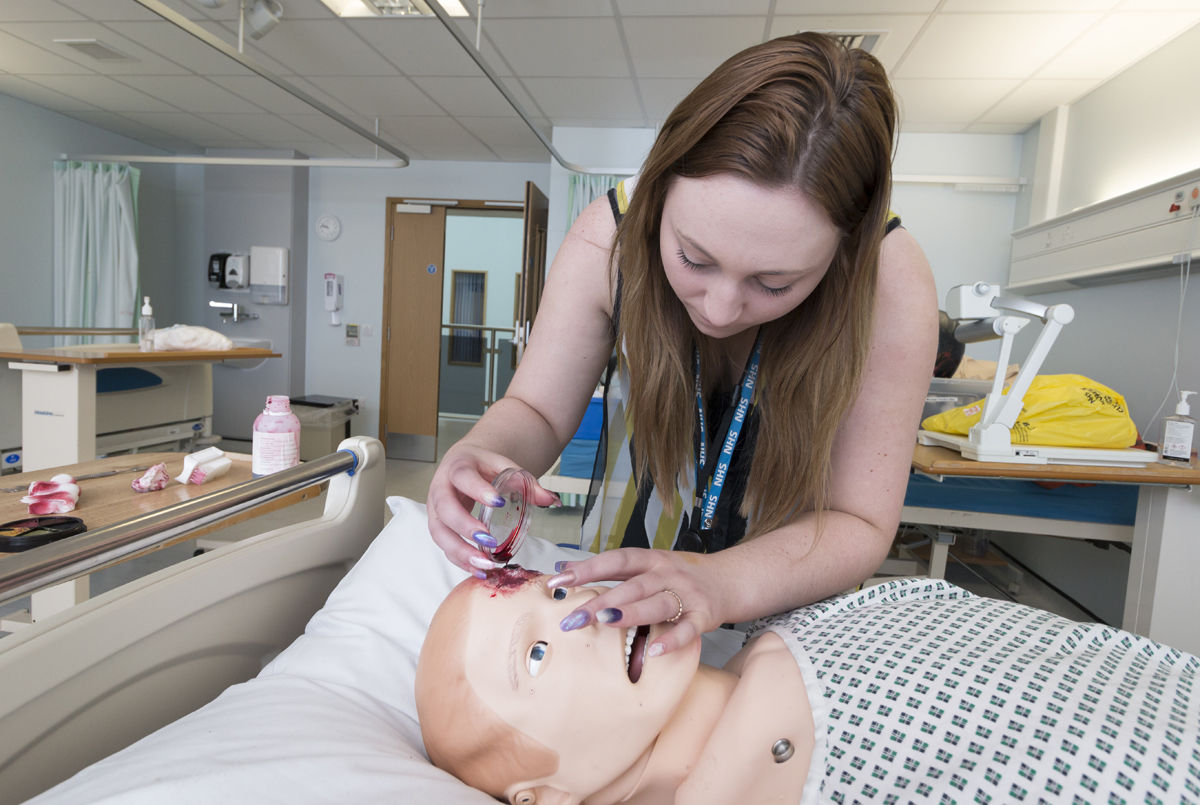 She’s always in demand when the clocks go back and Halloween approaches.

Olivia Charlton, 21, can recreate gunshot wounds, bruises, burns and cuts with a few deft flicks of her make-up brushes.

As “moulage” artist at Hull University Teaching Hospitals NHS Trust, it’s Olivia’s job to make wounds look as realistic as possible to train frontline staff on exactly what they will see when people are rushed to hospital after accidents or medical emergencies.

“I love Halloween,” says Olivia. “It’s my favourite time of the year and my friends are always keen for me to do their make-up. I do it, but not as good as I can do it because I don’t want to cause a panic by making it too realistic.

“One year, I created a slash across my throat and I attracted quite a few funny looks.” 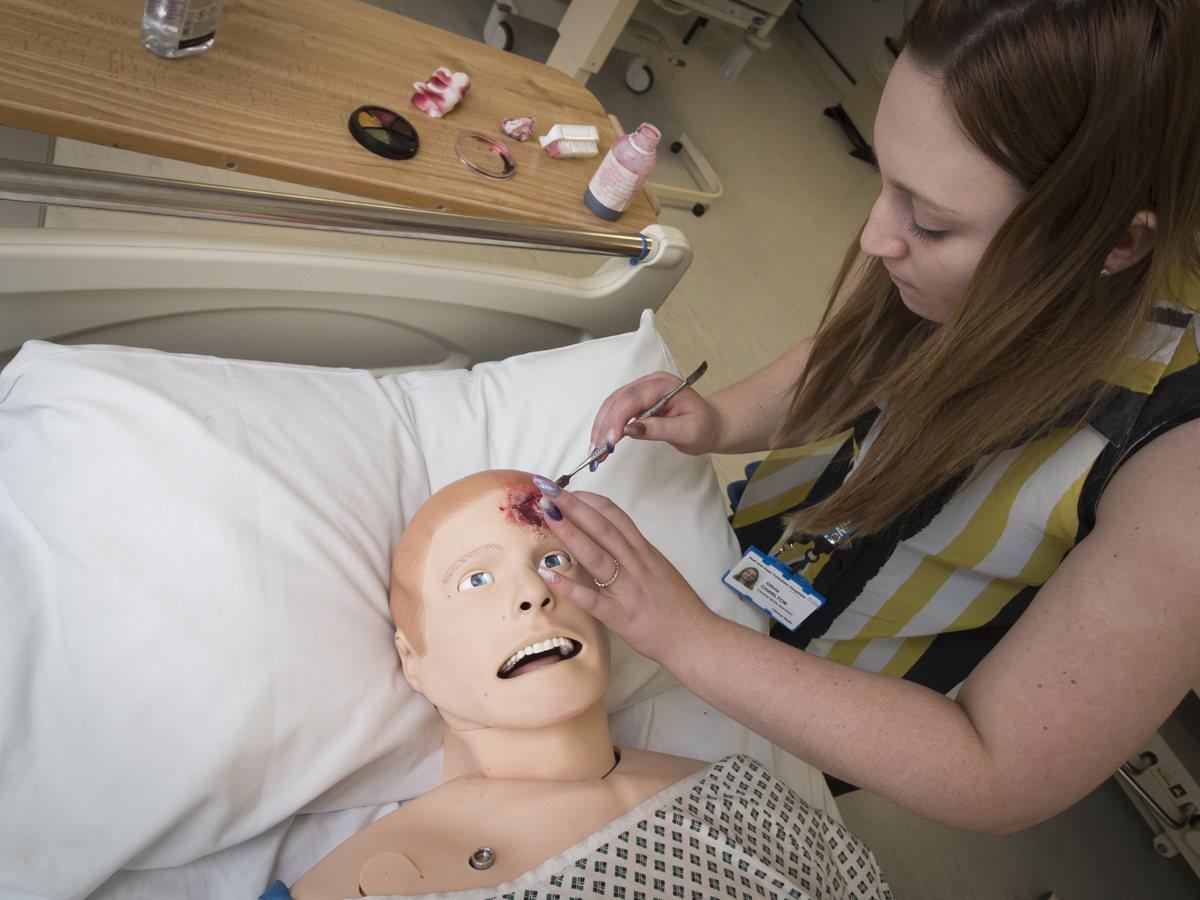 Olivia is a former pupil of Malet Lambert School and joined the trust on a technician apprenticeship after studying her ‘A’ Levels at Wyke College.

The 18-month apprenticeship, run in conjunction with Bradford College, was with the trust’s award-winning Hull Institute of Learning and Simulation (HILS) team, widely regarded as leaders in clinical simulation in the UK.

The team recreate scenarios based on real-life medical emergencies, such as power failures during surgery or a patient’s health deteriorating rapidly during ward transfers, to ensure clinical teams have the skills to cope with unforeseen problems.

While she was keen to embark on a career which combined on-the-job experience and academic learning in an apprenticeship, Olivia had little idea of the crucial role she would be undertaking.

“If the advert had said ‘theatrical make-up’, I might have had a better idea,” she said. “But the Oxford English Dictionary gives the definition as ‘the art of applying mock injuries for the recreation of medical emergencies’.”

Now a qualified technician in clinical skills and simulation after achieving both an NVQ and BTEC, Olivia assists the simulation team in recreating scenarios, applying injuries, wounds and rashes with liquid latex and modelling wax to the family of “mannekins” used by the team.

She also took part in the mock major incident during the summer to test cross-organisational response after a lorry crashed into a group of people, releasing chemicals.

Olivia worked alongside other moulage teams to recreate injuries on “casualties”, including covering some of the volunteer participants in flour to suggest they had been covered in chemicals.

“I do a lot of rashes to show anaphylactic shock and I can recreate anything people want, provided they can describe it to me,” she said.

“I look on Google to see what gunshot or stab wounds look like so I can make it as realistic as possible for the teams. We have to show them what to expect.”