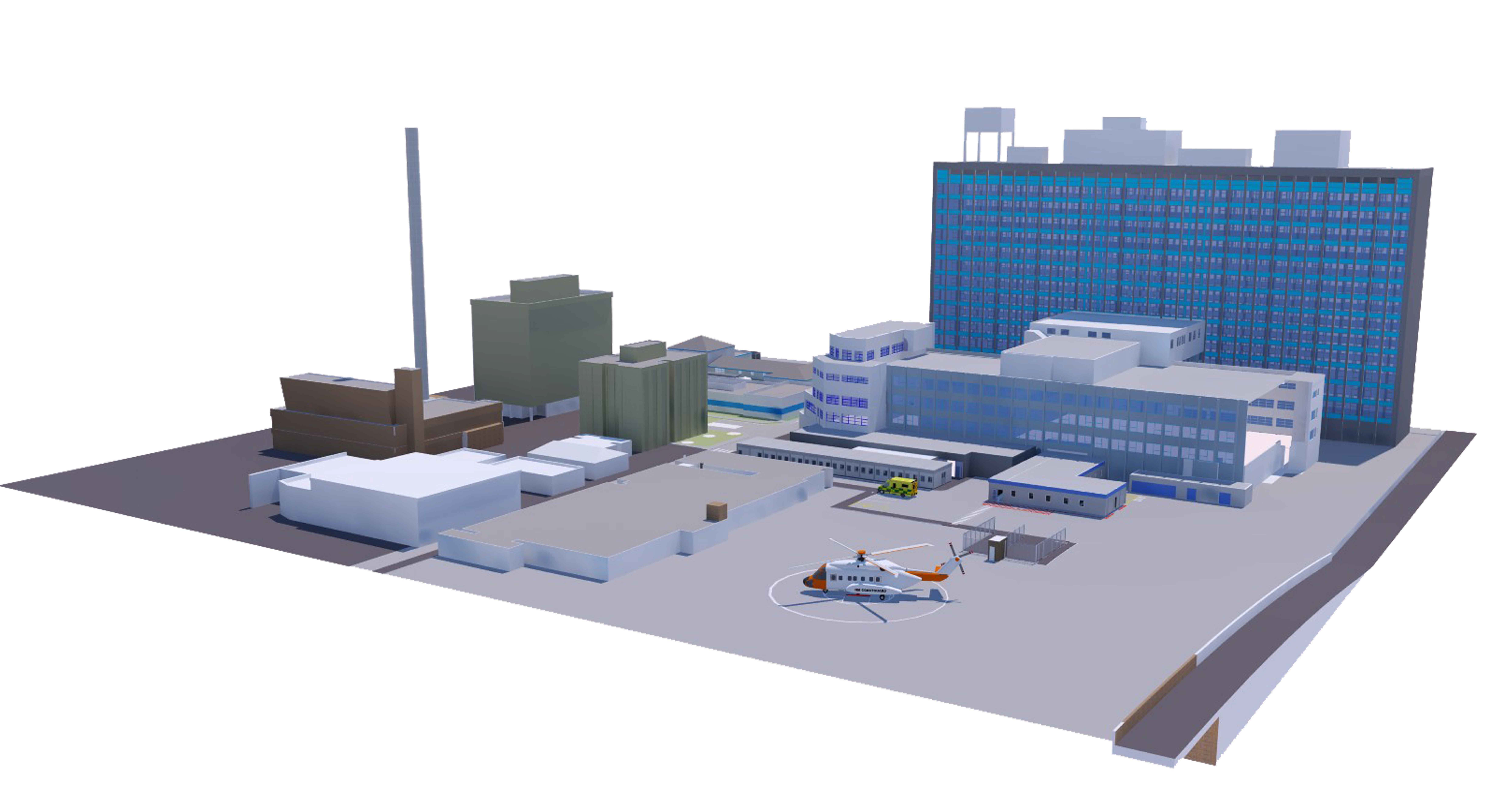 Approval has been given for a new helipad to be built at the rear of Hull Royal Infirmary.

Members of Hull City Council’s Planning Committee gave the green light this afternoon for proposals to demolish three existing buildings on the hospital site and replace them with the new landing pad.

“We’re pleased that our planning application has been approved, as this represents the next step in improving our emergency and major trauma care facilities.

“Hull Royal Infirmary (HRI) is a major trauma centre for the region, so it’s important that we have the estate and the infrastructure to support this role. The recent, multi-million pound redevelopment of the Emergency Department has given us the most up-to-date medical facilities in which to treat patients, so the development of an on-site helipad is the next piece of the jigsaw.

“At the moment, helicopters bring patients to the hospital almost every day, but currently land on a helipad situated in a field just over the road from the hospital. An ambulance is then required to transfer each patient from the helicopter, negotiate the busy junction onto Anlaby Road, and then transport the patient to the Emergency Department. All of this takes time, and in emergency situations, every second counts.

“Having a helipad on site just outside the entrance to our Emergency Department will ensure patients arriving by air ambulance can be taken into hospital to begin treatment more quickly, and will free up traditional road ambulances for duties elsewhere.”

Demolition work is expected to begin early in the New Year. Alternative accommodation for staff currently housed in the buildings which will be demolished has been identified at both Castle Hill Hospital and elsewhere on the HRI site.

The helipad is expected to be ready and operational by the Spring.