Nurses and health workers caring for Hull’s youngest hospital patients are launching a Christmas t-shirt campaign this week to help raise funds to brighten up their hospital paediatric department.

Staff on Ward 130 West and the Paediatric High Dependency Unit at Hull Royal Infirmary and on Acorn Ward at Hull Women and Children’s Hospital will pay to wear Christmas t-shirts from Christmas Eve until night shift on Boxing Day to raise funds to refurbish the wards.

The Christmas T-shirt campaign is the latest fundraising effort by the team to brighten up the wards where some of the city’s sickest children are cared for all year round. 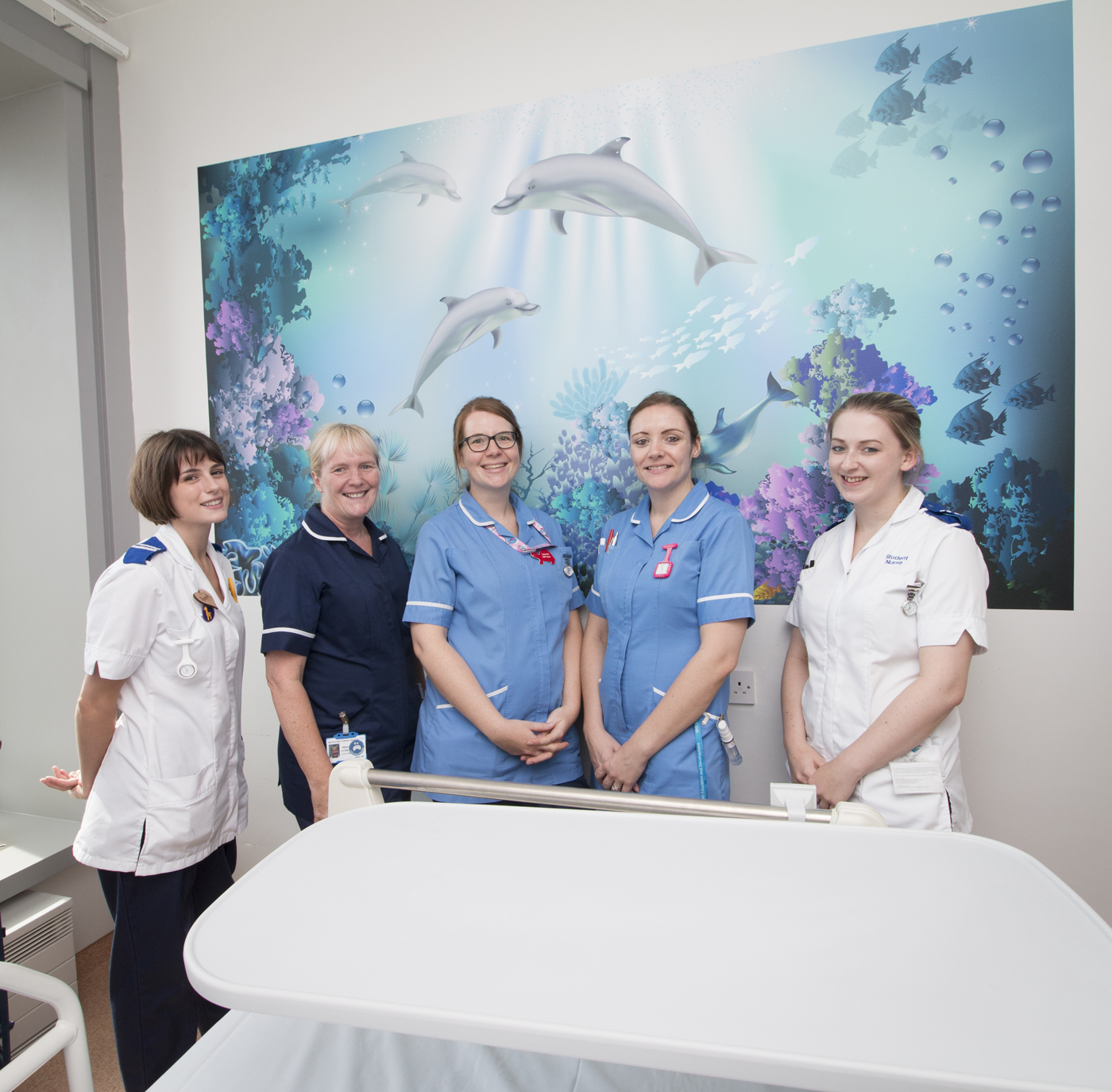 Junior sister Helen Lyon said: “We know lots of workplaces allow staff to wear Christmas jumpers to raise funds for charity at this time of year but we can’t wear anything with long sleeves as we need to remain bare below the elbow for infection control.

“We thought we could get t-shirts so we could still join in the fun and raise money ourselves by paying for the privilege of wearing a t-shirt to work over the next week.

“The public have been so generous to us and we want to show everyone we’re doing our bit too, not just asking everyone else to dig deep to help us.”

The paediatric department has received some funding as part of the trust’s newly developed Arts Strategy.

Woodwork has been painted in calming blue and pastel colours and cubicles decorated with artwork including dolphins and penguin transfers to reflect the city’s fishing history and the success of The Deep. Those cubicles used by older children will also have sunflowers and trees incorporated into the design.

Cubicles used to look after children with cancer and long-term conditions will also be fitted with entertainment systems featuring TVs, DVDs and games consoles after the ward received funding from children’s charity Candle-lighters.

The playroom is also being decorated and the clinical room where children undergo procedures is also going to be refurbished over the coming months.

A carol concert by Church Lads and Girls Band at St Mary’s Church in Beverley played Christmas carols outside Hull Royal Infirmary last week and raised more than £200. Staff are asking the public to support their fundraising instead of bringing toys and selection boxes onto the wards this year. A £5 donation could help buy a wall sticker to decorating cubicles, corridors, bays and the Ward 130 playroom in sea themes.

Anyone who would like to help us can send cheques, made out to the WISHH Charity and send them to Helen Lyon, Junior Sister, Ward 130, Hull Royal Infirmary, Anlaby Road, Hull, HU3 1JZ. They can also make a donation to the WISHH Charity through www.justgiving.com/wishh, marking your donation WALLSTICKERS.