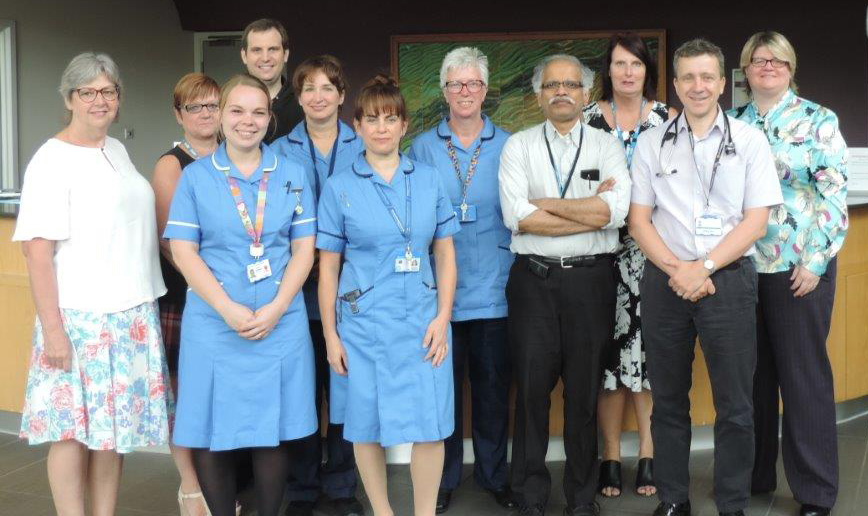 A team looking after hundreds of people with bleeding disorders has received a positive peer review for the quality of care given to patients.

Haemophilia services for 400 patients from Hull, the East Riding and North Lincolnshire underwent the full-day inspection against rigorous national standards as part of the peer review in November.

Now, the service based in the Queen’s Centre has become the first moderate-sized treatment centre in the UK to receive a positive peer review as part of a national programme.

“Patients were uniformly complimentary about the service, which we were really pleased about, and the peer review team made a point of stressing that.”

Haemophilia is a rare condition affecting the body’s ability to clot. Its main symptom is bleeding that doesn’t stop, known as prolonged bleeding, but other symptoms can include nosebleeds which take a long time to stop, bleeding gums and skin that bruises easily.

Although there is no cure, people with haemophilia can receive clotting factor injections to prevent and treat prolonged bleeding.

Patients with inherited bleeding disorders come to the service for regular injections of clotting factors which the team then supports them to do at home.

The team, managed by Dr Allsup and Dr Simone Green, also looks after the patients when they come into hospital with a bleed or for surgery, supporting not just them but their families as well.

Eight members of the peer review, including two consultants, a physiotherapist and a lay person, visited the service at Castle Hill Hospital on November 20.

Dr Allsup said: “While we are already an accredited service, the point of the peer review is to identify and disseminate areas of good practice and pick up on any weaknesses.

“The team were very complimentary and the plan now is to carry on providing that high-quality service for our patients and delivering the best care we can.”