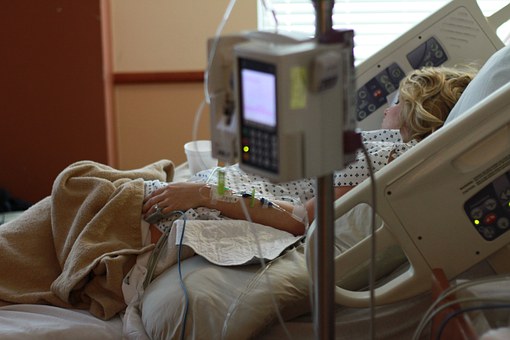 Patients from North Yorkshire and Northern Lincolnshire are to benefit from a service performed at Hull Royal Infirmary to reduce the risk of brain damage or long-term disability after strokes.

Patients taken to district hospitals in York, Scarborough, Grimsby and Scunthorpe will be “blue lighted” by ambulance to the Interventional Radiology Theatres at Hull Royal Infirmary if they are considered suitable for the minimally invasive Mechanical Thrombectomy.

Performed under local anaesthesia or sedation, the procedure involves a wire passed into the patient’s brain to retrieve the blood clot, enabling some people to recover mobility, speech and other faculties damaged by an acute ischaemic stroke.

Improvements can be so dramatic, Mechanical Thrombectomy has been called a “Lazarus procedure” because of its ability to reduce the risk of long-term disability or death in some stroke patients.

Consultant radiologist Dr Paul Maliakal said: “We can now offer this treatment to more patients, which means more people have a better chance of surviving a stroke without brain damage or long-term disabilities.

“The treatment isn’t suitable for all patients but it can make a huge difference to the people for whom mechanical thrombectomy is appropriate.

“Hull is at the forefront of this kind of treatment and we’re attracting national recognition for our work in the field.”

Strokes are caused when patient experiences a blocked artery, usually caused by a blood clot, and the blood supply to the brain is cut off.

Around one-third of patients are suitable for clot-busting drugs, which can be administered up to four and a half hours after the onset of a stroke.

However, drug therapy may not be effective in patients with blockages in large arteries.

Instead, those patients can undergo Mechanical Thrombectomy, effective up to six hours or even up to 24 hours after the onset of symptoms.

Patients in Hull have been able to undergo the procedure for years but NHS England has just commissioned the extended services for patients living across the Humber, Coast and Vale region from November.

The procedure is currently performed at Hull Royal Infirmary between 8am and 4pm, Monday to Friday although the longer-term aim is to create a 24/7 service.

Dr Maliakal, who specialises in the brain and spine, is currently training other colleagues to perform the technique, enabling it to be offered to more patients.

Stroke doctors, interventional neuro-radiologists or vascular radiologists decide on the suitability of a patient for the procedure based on the severity of the stroke and the location and size of the blocked artery shown by a CT scan.

Scientific trials have shown Mechanical Thrombectomy is effective in resolving blocks in more than 90 per cent of suitable patients.

NHS England states: “When used with other medical treatments such as clot-busting drugs and care on a specialist stroke unit/rehabilitation, thrombectomy can significantly reduce the severity of disability caused by a stroke.”