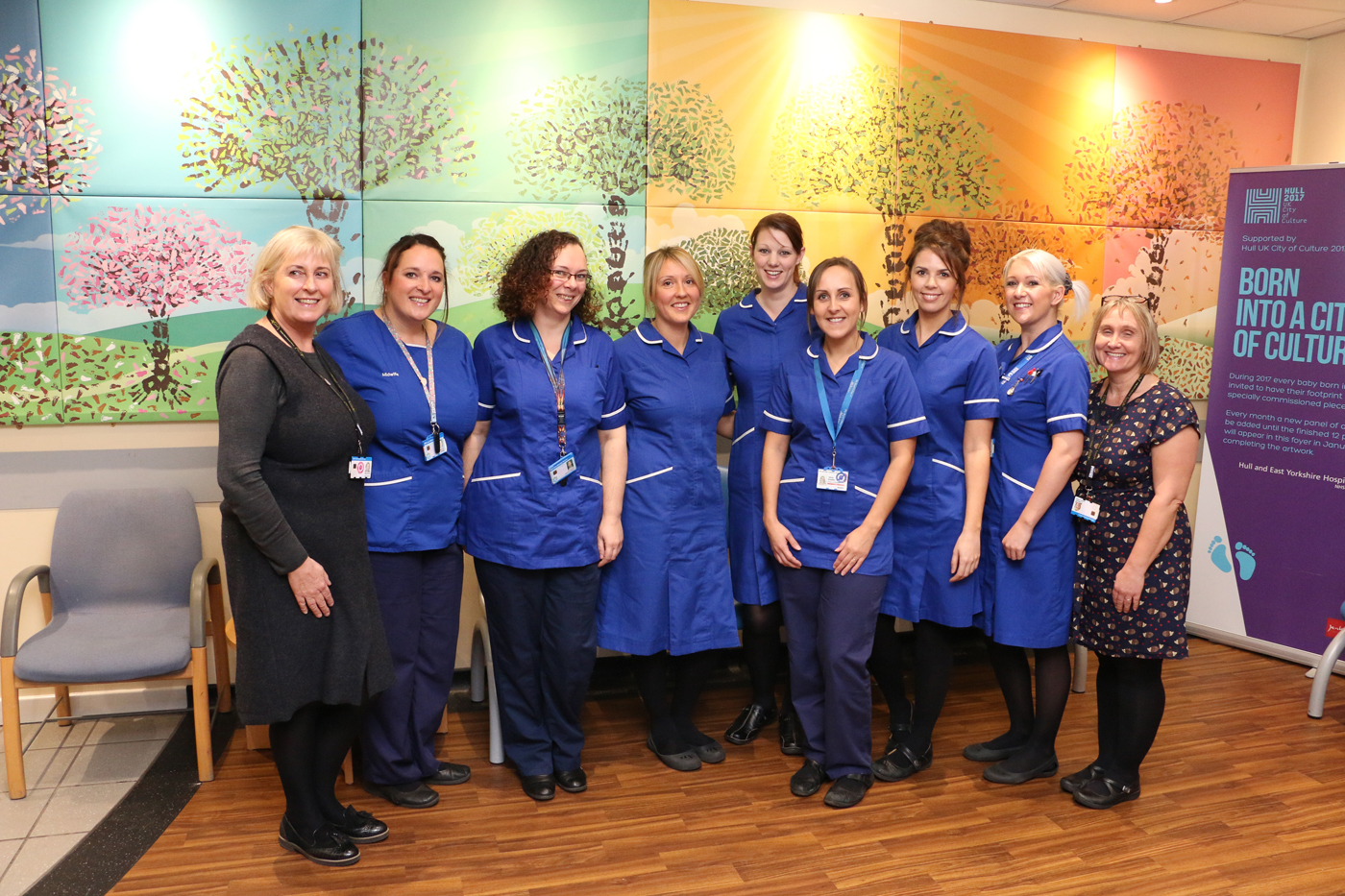 More than 200 women are to become the first in East Yorkshire to see the same midwife from the start of their pregnancies to the birth of their babies.

Known as the “Ivy Team”, the seven midwives will look after pregnant women from their very first appointment right through antenatal visits and parenting classes. Each midwife will be responsible for caring for 35 women.

When she goes into labour, the woman will be able to contact her midwife who will meet her at Hull Women and Children’s Hospital or will come to her house if she has opted for a home birth.

Janet Cairns, Head of Midwifery at Hull University Teaching Hospitals NHS Trust, said: “During a national review, half of the women questioned said they would prefer to see the same midwife during their pregnancies.

“We want women to have a positive experience and this change will enable our team to work closely with them to offer a more personalised approach to maternity care.

“We will start with a small group of women at first and then assess the results. If it proves a success and women tell us it’s what they want, we will look at extending the service.”

Known as “continuity of carer”, closer relationships between a woman and her midwife can empower the woman with a greater sense of control, reduce stress and anxiety and enable the health professional to gain the trust of the woman, allowing them to identify and monitor potential problems.

The new way of working was recommended in a national review of maternity services in 2016 called “Better Births” when women said they saw too many different midwives and doctors during their pregnancies.

Half of the women questioned rated having the same midwife before, during and after birth as five out of five in terms of importance to them, with an additional 23 per cent of women scoring it four out of five.

Professor Jacqueline Dunkley-Bent OBE, Head of Maternity, Children and Young People at NHS England, visited the trust this summer to learn about plans for introducing the new model of care.

While they will have their own group of women to look after, the midwives will be introduced to all of the women and will meet them on regular occasions.

Charlie McSherry said: “While the aim is to ensure the women see the same midwife each time, there will be occasions such as annual leave or when a midwife’s not at work and someone else will step in.

“We want to make sure the women know all seven midwives so they will feel comfortable with whoever steps in on these very rare occasions.”