Sarah Bolton, a Nurse Colposcopist at Hull University Teaching Hospitals NHS Trust, answers questions you might have if you are called for a colposcopy.

What is a colposcopy?

You will be asked to attend Hull Women and Children’s for a colposcopy if your smear test shows abnormal cells in your cervix.

Although these cells are not harmful in their own right and often go away on their own, there’s a risk that they could turn into cervical cancer if left untreated.

A colposcopy examines the cells and determines whether you need treatment to remove them. If you do need treatment, you’ll have it there and then. 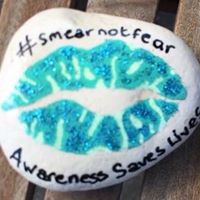 You’ll come for a colposcopy if a smear test has revealed changes in your cervix caused by the Human Papilloma Virus (HPV) or if the nurse or doctor carrying out the smear test had concerns about the health of your cervix.

You could also be asked to come to the hospital for a colposcopy if you’ve been experiencing unusual bleeding during or after sex, in between periods or at any time after the menopause.

I usually see women from their late 20s to their early 40s although my youngest patient was a teenager and my oldest was in her 70s.

It’s good to keep in mind that I rarely see cancer during colposcopies. Instead, it’s all about preventing abnormalities progressing to the next stage.

I’ve been asked to come for a colposcopy so does that mean I’ve got cancer?

No. It’s very unlikely that you do. There are other reasons for your cervix to change, such as having a baby or having the coil fitted.

All it means is that further examination is in your best interests. If abnormal cells have been uncovered during a smear test, they won’t get any worse while you wait for your appointment.

Does it mean either my partner or I have been cheating on each other?

No.  Around 80 per cent of people who are sexually active have HPV. Although it is transmitted through sex, you can also catch it through intimate sexual contact so you don’t even need to have full sex to be infected with HPV.

HPV can remain in the body for weeks, years or even since you first started having sex decades before without you even realising.

That means you could have contracted it during a previous relationship and or they could have caught it from another woman, long before you got together, and it’s lain dormant for weeks, months or even years.

It’s only when abnormal cells develop that it becomes an issue.

No. HPV is a completely different infection to HIV (human immunodeficiency virus) and is not linked in any way to AIDS.

What happens when I’m called for a colposcopy?

Five doctors and I conduct colposcopies at Hull Women and Children’s Hospital.

I see about 55 women at six clinics each week. Appointments last around 30 minutes but the vast majority of that time is spent explaining the procedure to the woman and answering any questions they may have.

I understand people can be anxious so I think it’s important that I take the time to address their concerns and put their minds at ease.

The actual colposcopy lasts around 10 minutes.

I’ll ask you to undress from the waist down, just like you do for a smear test, and lie down in a special chair with padded supports for your legs.

Just like the smear, I’ll use a speculum to insert into your vagina and use a microscope with a light which remains outside your body to examine your cervix.

I’ll apply acetic acid, otherwise known as medicinal vinegar, and any abnormalities will turn white. I’ll then use iodine to mark out the area of abnormality and then take a biopsy.

This involves taking a piece of skin from the cervix. It’ll feel a bit like low-down period pain.

I’ll be able to tell there and then if your changes require treatment. If they do, we’ll do it there and then. No point in hanging around when you’re already there and in position, after all.

The treatment is called a “loop excision of the transformation zone”. Done under local anaesthetic, all you’ll feel is the initial injection which is over in a matter of seconds, just like the injection you’ll get at the dentist.

Once the area is numb, a thin wire loop heated by an electrical current is used to remove abnormal tissue from what’s known as the transformation zone of the cervix, where cervical cancer develops. But if the area has been removed, cancer can’t develop so that’s why we take it away.

What will happen afterwards?

You’re likely to get some bleeding and discharge which will last around three to four weeks. We ask that you only use sanitary towels during this time and avoid tampons, sex and swimming until the bleeding settles.

The tissue will be sent for further tests to make sure the area of your cervix containing abnormal cells has been removed.