She was one of the last four nurses to walk out of Princess Royal Hospital in 2008 after spending almost a quarter of a century caring for patients there.

Clare Norris felt mixed emotions as she travelled across Hull to the new £67.2m Queen’s Centre for Oncology and Haematology at Castle Hill Hospital in Cottingham.

Ten years on from that day, Clare will take a few minutes out of her busy day to think of the thousands of patients who have walked into the centre.

“I can’t believe it’s been 10 years,” said Clare. “I’ve worked in oncology since 1990 and working with such a supportive team makes a huge difference.

“But it’s the patients themselves. We look after patients who go through really aggressive, life-changing treatments. Despite that, they usually remain very positive about what they are going through.

“They are a very special group of people and it is very humbling to be a part of their journey.” 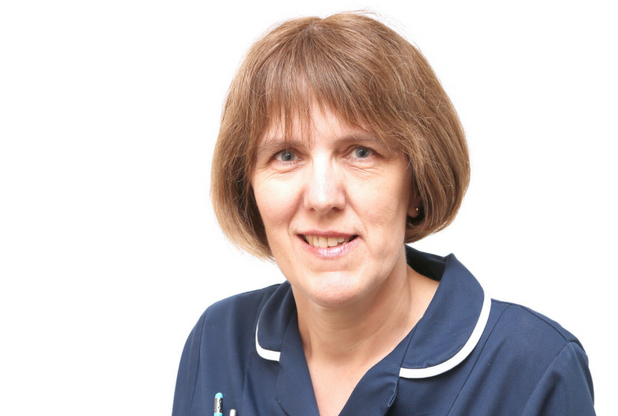 However, she enjoyed working with oncology patients the most and has been with them for 28 years.

Since the move to the Queen’s Centre, Clare has been ward sister on Ward 32, heading the team which looks after haematology and oncology patients, and is currently on secondment as matron.

With her vast experience in the speciality, she tells student and newly qualified nurses they have to adjust their expectations when dealing with such poorly patients.

“Because we work with inpatients, we don’t tend to see the people who come as outpatients for the all-clear or their yearly reviews,” she said.

“We see them when they are so unwell, at their lowest points and it can be hard, especially when they require end of life care.

“I always say to student nurses that you have to change the goalposts. Sometimes, we can’t make people better.

“But what we can do is help them achieve what they want, to achieve a pain-free death with dignity, to die in the place of their choosing whether that’s at home, in a hospice or in hospital and to have the people they want around them in their last few hours or days.”

While the patients remain the focus, the nursing team also extend their care to relatives.

“We have to support relatives through this difficult time in any way we can,” says Clare. “We have to make it as special for them as we can and make sensitive memories of their last days with their loved ones.

“We see people who come in as inpatients and have their treatment, able to go off and enjoy the rest of their lives. But we also see people who aren’t going to get better and we need to look after them and their families.”

On the 10th anniversary of the day patients first started arriving at Queen’s Centre, Clare will take a moment or two to remember the faces of the people she has cared for over the past decade.

“It’s hard work, like anywhere else in the NHS,” she said. “We face constant pressures and everything that goes along with that.

“However, it’s the patient/family feedback  – the cards, chocolates and, most of all, the thanks and acknowledgement people give us – that makes what we do so rewarding.”