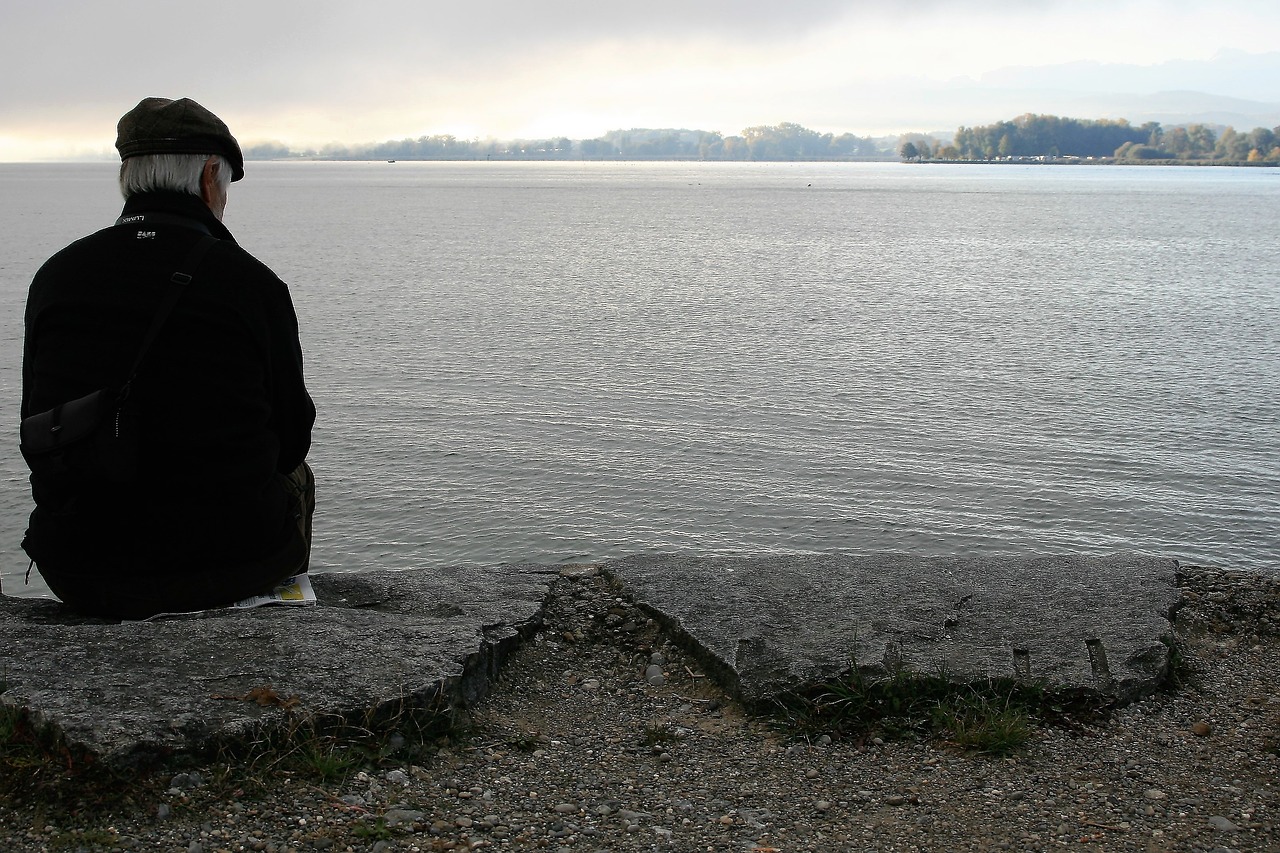 She holds his hand, telling him about mushrooms fried in garlic while the patient tells her about the great meals he’s had traveling the world with his job for an oil firm.

Clinical support worker Julie Williams cracks a joke but he tells her “Don’t make me laugh.”

It’s easy to understand why laughing might not be a good idea. He’s lying on an examination couch while a team in radiology carries out an ultrasound on his prostate.

Within 10 minutes, it’s all over. Sonographer Trevor Parker, working alongside advance practitioner radiographer Andy Hunter, has taken around 10 slivers of the patient’s prostate gland to test for signs of cancer.

Staff nurse Aleisha Kerry puts the samples into pots, ready to be sent to the pathology team.

Back up and dressed, the man returns to the waiting room, his smile allaying the fears of other men waiting to be called who’ve all heard horror stories about giant needles.

“It’s fine,” he tells them. “A bit of clicking and that’s it. Only one was a bit ‘ouch’ but nothing like you imagine.”

What is the prostate and what problems can develop?

The prostate is the size of a walnut and grows larger with age. It sits underneath the bladder and its main job is to make semen. However, men can experience enlarged prostate, prostatitis or prostate cancer. 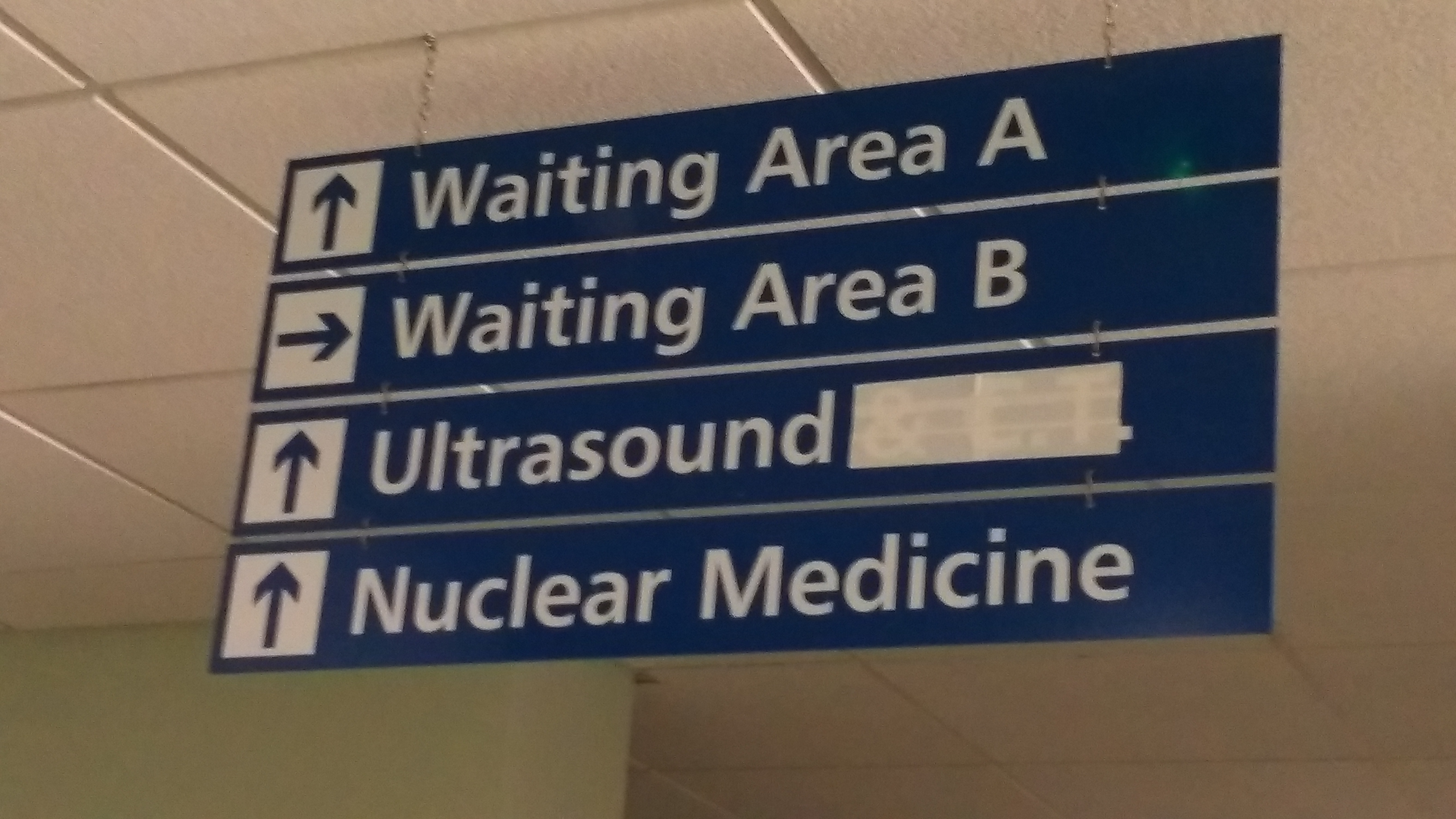 Enlarged prostate is common in men over 50 and can slow down or stop the flow of urine, cause dribbling or the need to urinate more often, usually at night. Blood in urine can also be a symptom.

Younger and middle aged men aged between 30 and 50 can experience prostatitis, caused by an infection or inflammation of the prostate gland. Symptoms include problems passing urine and pain and discomfort around testicles, back passage or lower abdomen.

Prostate cancer can develop when cells start to grow in an uncontrolled way and it affects around one in eight men in the UK. The most common cancer in men, more than 47,000 new cases are diagnosed in the UK each year and it claims the lives of 11,000 men a year. However, 84 per cent of men survive cancer for 10 or more years.

Most men don’t have any symptoms at the early stage. However, changes in urination, hip, pelvis or back pain, blood in urine or semen and problems getting or keeping an erection can all be signs of prostate cancer.

My GP’s referred me for tests. Tell me about the procedures

In a standard biopsy, an ultrasound probe in inserted into the man’s rectum using high-frequency sound waves to create images of the prostate gland. The images guide the sonographer to areas in the gland which can be sampled and analysed for the presence of prostate cancer.

However, the images can’t distinguish between healthy and cancerous tissues and taking slithers from 10 to 12 different parts of the gland mean cancerous cells can still be missed. Some studies suggest up to 40 per cent of cancers can be misdiagnosed.

So, in 2015, the trust became one of the first in the country to introduce “fusion biopsies”. This is a far more precise way to biopsy the prostate as it fuses the ultrasound image with a previously taken MRI scan. Tumours show up as dark spots so suspicious areas can be targeted by the sonographer, healthy tissue unscathed

Results are better too. Significant and high-grade cancers are more likely to be picked up by fusion biopsies. 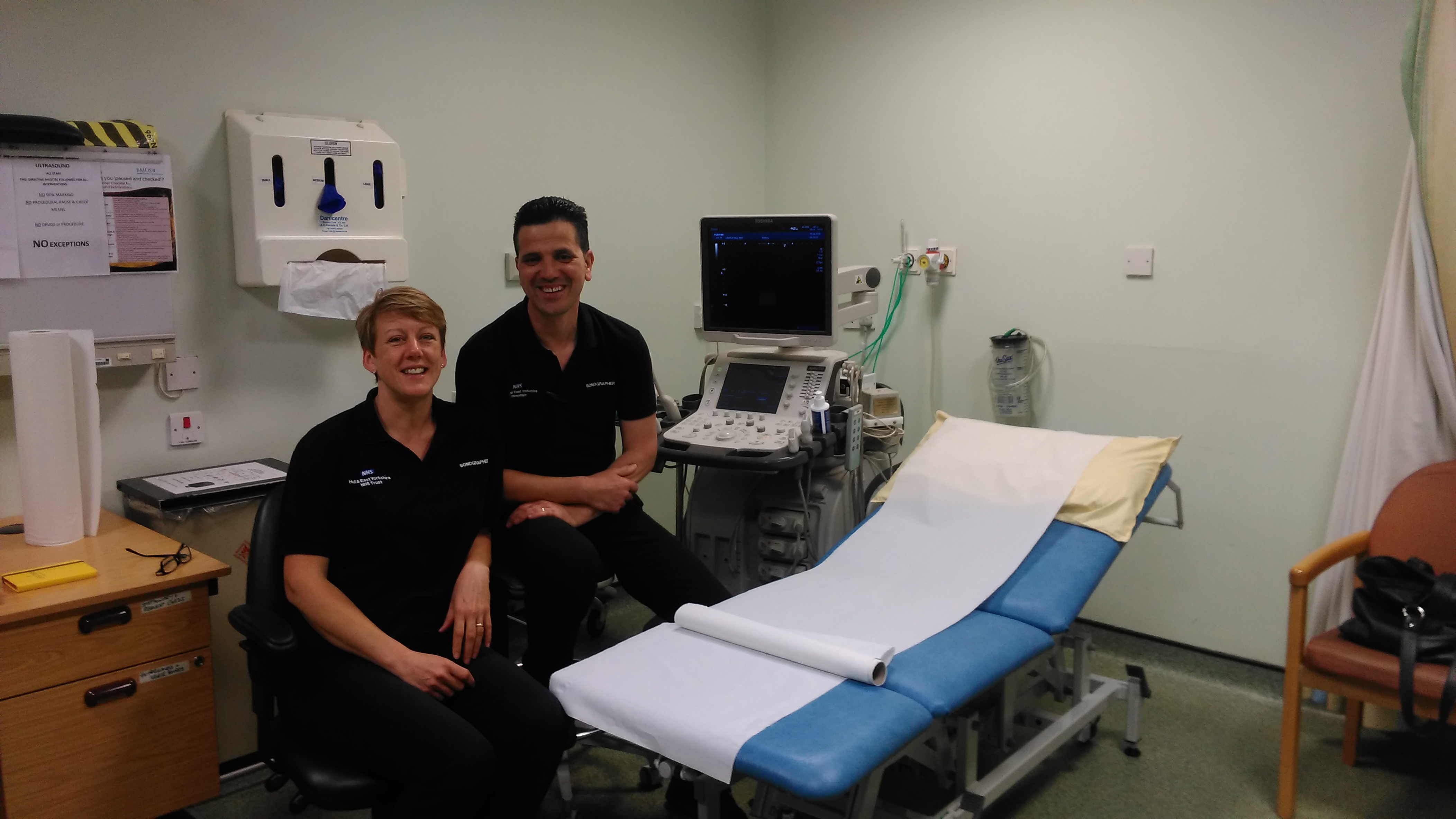 Pam Parker, ultrasound specialty manager, says fusion biopsies have been used for 280 men since the service was introduced in 2015.

“These chaps have gone to their doctors for whatever reason and have been referred to the trust with a prostate issue,” she said. “They’ve been referred to urology and will have already seen a specialty nurse or a urology consultant. And then they come to us.”

Fusion biopsies are usually reserved for men under 70 who have a better chance of surviving prostate cancer and are unlikely to have other health conditions.

“On the fusion biopsy pathway, we are more likely to pick up on significant cancers so, in younger men, it give them a better long-term outlook as appropriate treatment can be started earlier,” Andy Hunter says. “It is selected for patients with a projected life expectancy or 10 years or more.”

This means up to one third of men seen by the clinic will undergo fusion biopsies.

What will happen when I turn up at the hospital?

Although the men spend around four hours in the clinic, the actual biopsy takes around 20 minutes.

Arriving in the radiology department at Castle Hill Hospital just after 8am today, the men are seen by staff nurse Aleisha Kerry, who answers all their questions and tries hard to put their minds at ease. Some have come in with their wives, some are on their own. 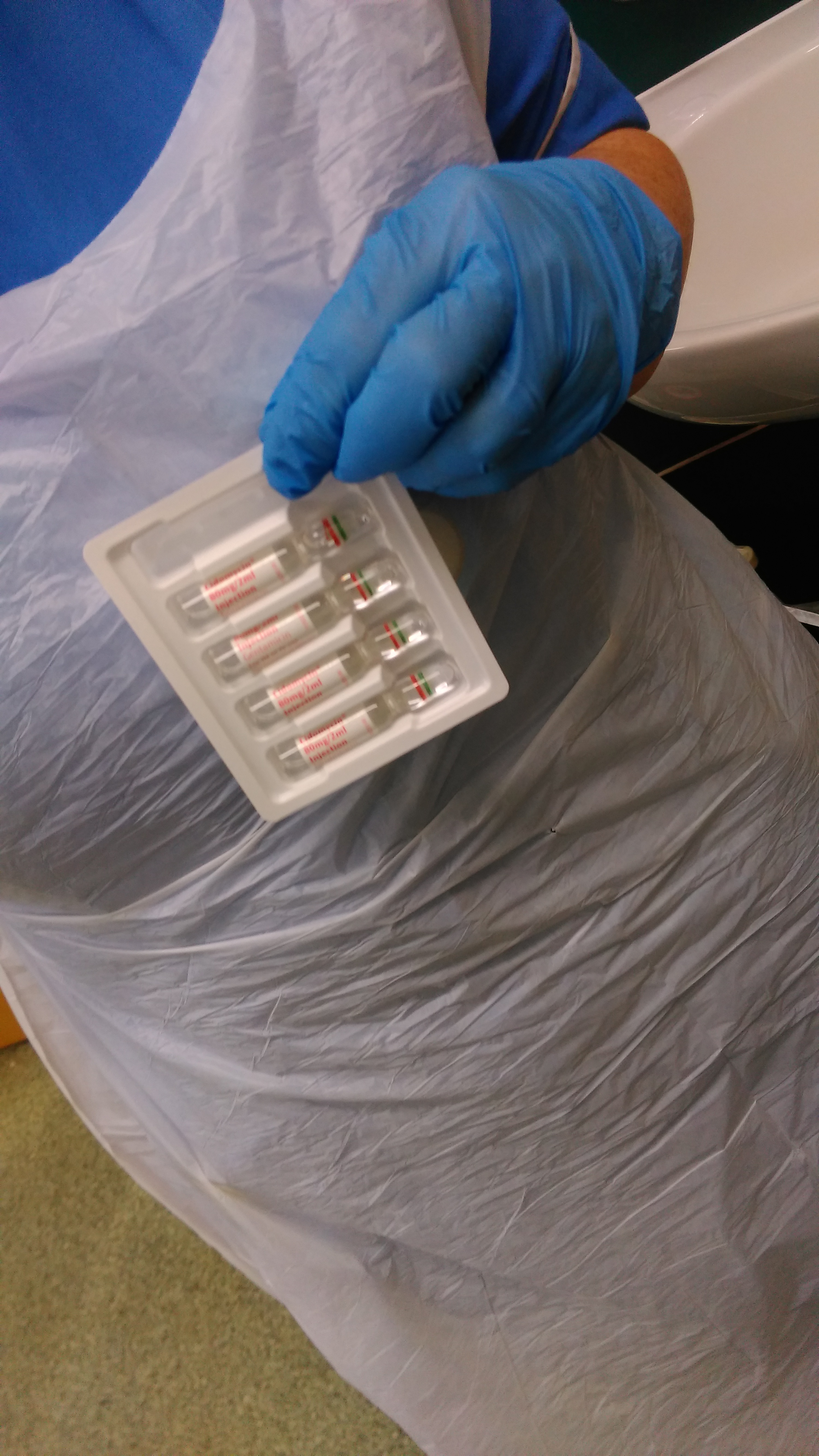 They are then shown into a treatment room with clinical support worker Julie Williams and staff nurse Roslyn Fairbank. Julie has received additional training which means she can insert the cannula as Roslyn prepares the antibiotics.

With the probe going up the patient’s back passage, there’s a risk of bacterial infection so the patients receive prophylactic antibiotics to reduce the risk of septicaemia.

They know that if they experience flu-like symptoms over the next few days, they need to alert urology staff on Ward 15 immediately before heading straight in, bypassing A&E.

Roslyn checks the patient’s blood pressure once more before he is shown to the ultrasound room. The machine carrying out the ultrasound cost £18,000 and was paid for by the family of Mike Clifford, a former urology cancer patient who died in 2014. 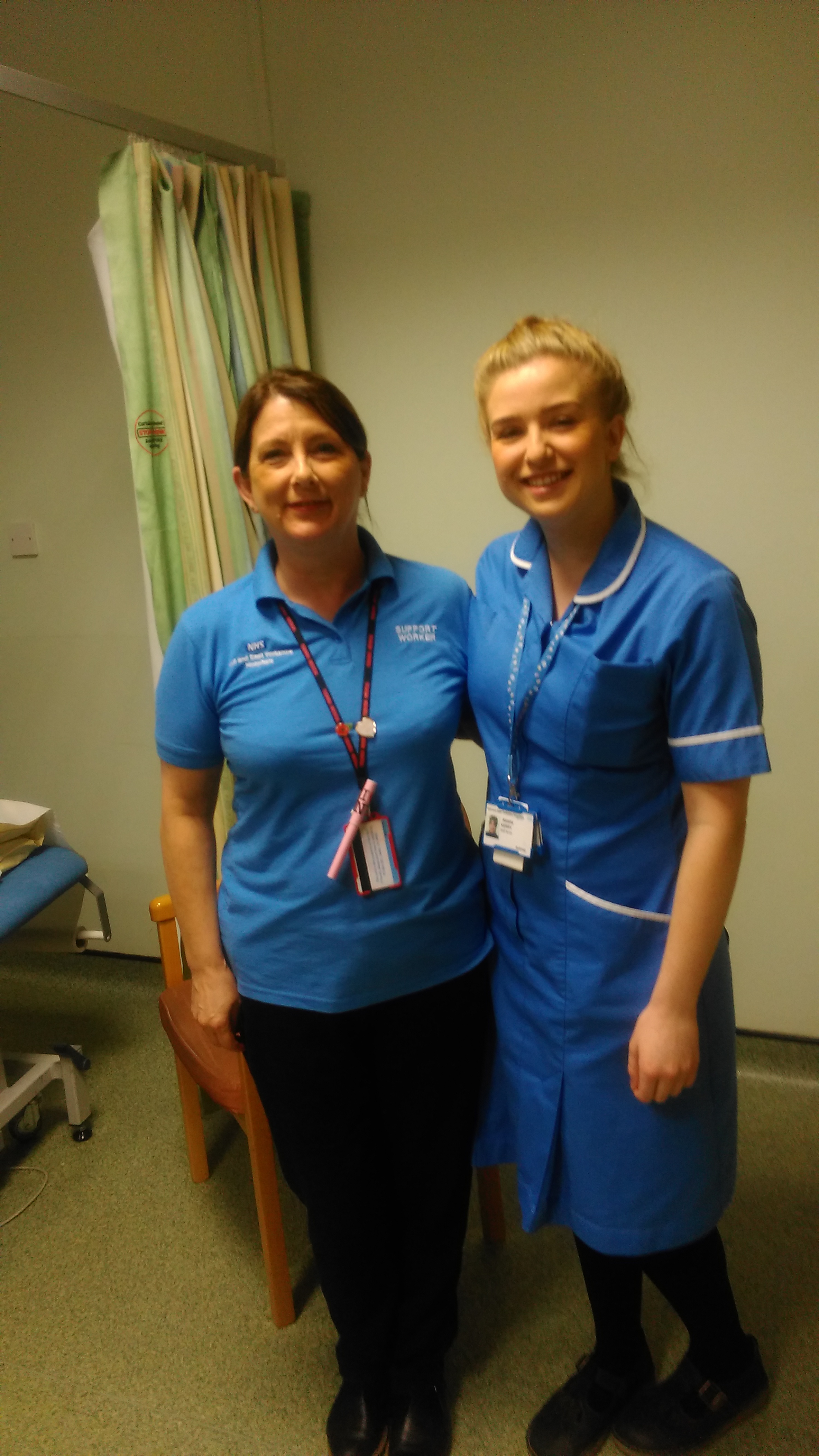 Trevor Parker once again explains what’s going to happen and the patient signs his consent form before changing into a hospital gown. Julie Williams sits by his side, holding his hand and chatting to him all the time to take his mind off the procedure.

Andy says this vital part of the team work has a tag – “Vocal anaesthetic”.

While Trevor and Andy get on with identifying which areas require slicing, Julie and the patient chat away. Trevor tells the patient he’ll hear a loud clicking sound as the sample is taken so “don’t be alarmed”.

The patient’s voice shows no sign of worry or alarm. Instead, he keeps the conversation going with Julie and, within minutes, it’s all over.

Now, it’s over to pathology, where staff will test the sample and report back to the urology consultant. The aim is for the patient to get his results within two to three weeks.

You can see the relief in the patient’s face that a difficult morning is over. But he was never concerned about the standard of care he’d receive.

Even better, two weeks later, he received his results. No cancer has been detected.

“It’s great news to have such a short time after having a PSA blood test,” he said. “I just need a daily pill to reduce my enlarged prostate followed by regular PSA blood tests. It makes me think more men should have PSA blood tests over 55 on a regular basis.”