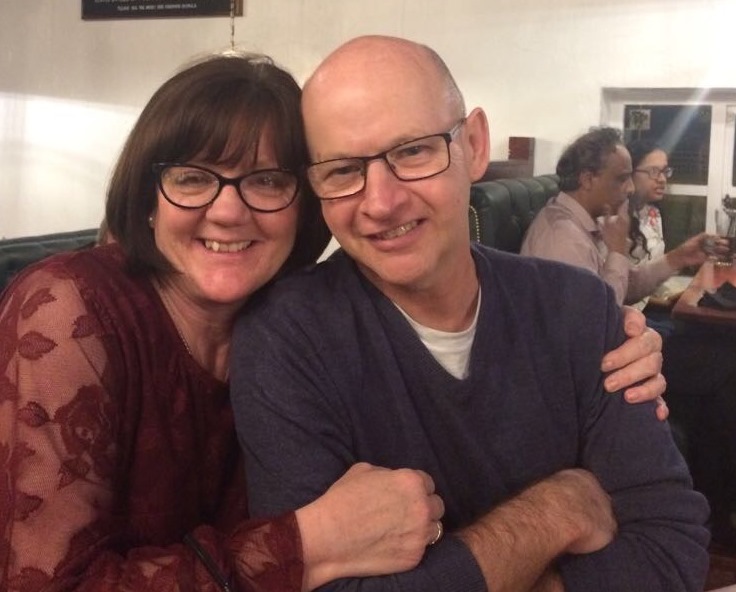 He could feel a lump in his throat, making it difficult for him to swallow. But it didn’t hurt so Terry Pipes was in no rush to see his GP.

Six months passed and Terry thought he’d nip to the doctors for antibiotics to clear up whatever it was before setting off on a Mediterranean cruise with wife Joanne.

Instead, he ended up fighting to survive in Castle Hill Hospital after he was diagnosed with tonsillar cancer.

Now, two years after he first noticed the lump, Terry is preparing to celebrate Father’s Day with his four children, celebrate the birth of his first grandchild within weeks and take his place at the top table for his eldest son’s wedding. 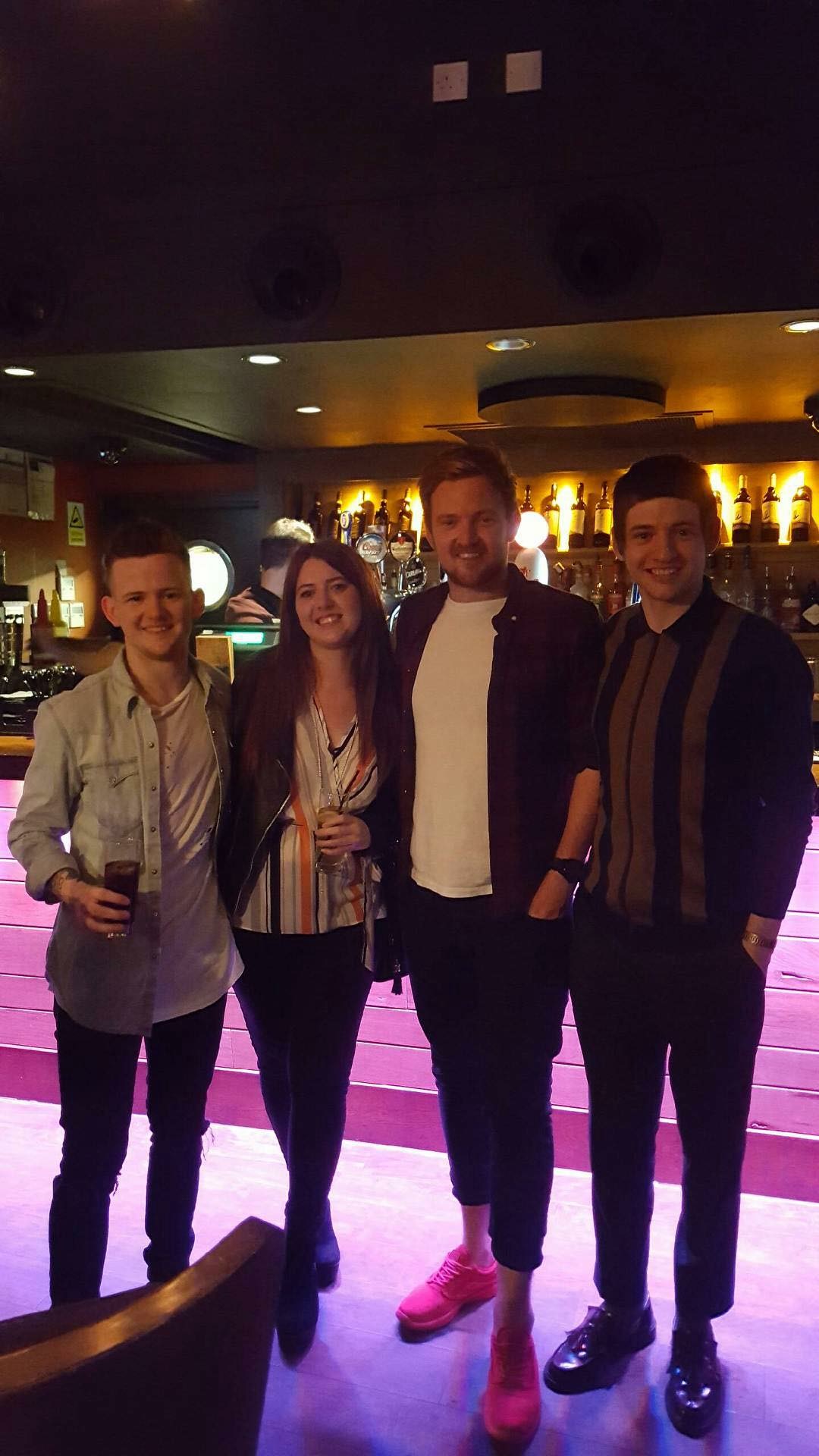 “I might not have been here to see all this,” he said. “I live every moment now and I don’t have the words to thank everyone at the hospital who helped me.

“Every person was so kind to me. I will never forget what they did for me.”

Terry, of west Hull, runs a property maintenance firm with his sister and noticed a lump in his throat which was making it difficult for him to swallow in spring 2016. Painless, he thought he’d get round to going to the doctor sometime or it would just clear up on his own.

He had booked a week-long cruise and a holiday in Majorca so thought he’d nip to the GP to collect some antibiotics so it would be cleared up by the time he set off.

However, he was shocked when the GP recommended an urgent referral to Castle Hill Hospital in Cottingham.

He went on holiday, pushing any negative thoughts to the back of his mind, but had to come home early from Majorca as he struggled to breathe in the heat.

Sent to Castle Hill Hospital for tests, he and Joanne were devastated when they were told he had tonsillar cancer.

“I was absolutely gutted,” he said. “You just think that’s it – cancer.”

He began his treatment including six doses of chemotherapy and 30 doses of radiotherapy. He had to have a feeding tube fitted but was overcome by nausea and his weight plummeted five stone, from 13 stone to just over eight.

Exhausted, he struggled through Christmas Day, trying his best to stay cheerful for his wife and children, Rob, Ash, Mike and Steve, but collapsed on Boxing Day and had to be rushed into Castle Hill. He was allowed home but collapsed again on New Year’s Eve as the world prepared to see in 2017. 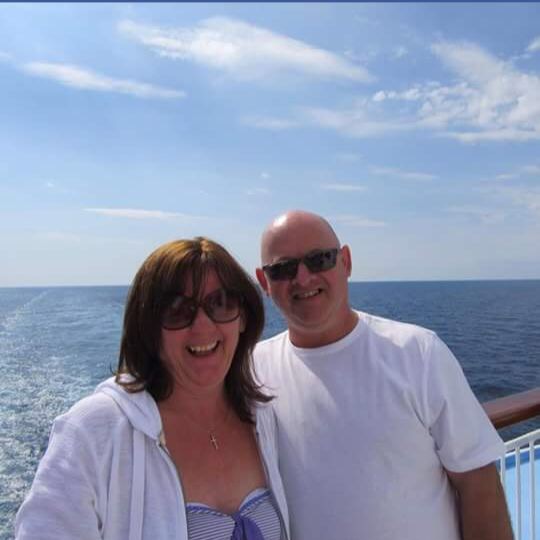 Terry and Joanne before his illness

This time, he came into Castle Hill and stayed until February 6 while dieticians, speech and language therapists (SLT) and nursing staff attempted to rebuild his strength and help him overcome his swallowing difficulties.

Part of the SLT team’s assessment included assessing Mr Pipe’s swallowing on different consistencies of fluid to ensure he was able to swallow safely.  Thickened drinks and a pureed diet were recommended for a short time during Mr Pipe’s recovery until he could progress to normal drinks and more solid foods.

But still he struggled. Eventually, he underwent a procedure to dilate or stretch his throat to improve his swallowing.

“That’s when things really took off,” he said. “I’d struggled so much until then, even with liquids, but this made all the difference.”

Now weighing 10 and a half stone, he’s able to eat almost anything. He has to have gravy with meat and a drink with bread to help him swallow but, other than that, he’s back to living life to the full with a week in Santorini, a cruise to Croatia and another week in Majorca all on the cards.

He feels like he’s been given a second chance.

“My whole outlook has changed and I can’t speak highly enough about the care I received from staff at Castle Hill,” he said. “Every person in that hospital was absolutely fantastic.

“It’s thanks to them that I’m here to celebrate Father’s Day with my kids and have all these things to look forward to.”

According to the Office of National Statistics, around 38,600 people were diagnosed with head and neck cancer in 2016. Around 10 per cent of patients admitted to Hull Royal Infirmary or Castle Hill Hospital have swallowing problems at any given time.

Nicola Morton, a speech and language therapist working for Hull University Teaching Hospitals NHS Trust, said she was delighted to see Terry was well on the road to recovery.

She said: “This can happen after strokes or if they are living with cancer, brain tumours, head injuries or neurological and respiratory conditions.

“But we can help these patients to ensure they can manage food and drink safely.  This may involve thickening drinks and recommending appropriate foods to eat.

“Some patients may have long-term swallowing difficulties while others may return to near-normal eating and drinking.

“We’re glad to see Terry is doing so well and wish him the very best for the future.”