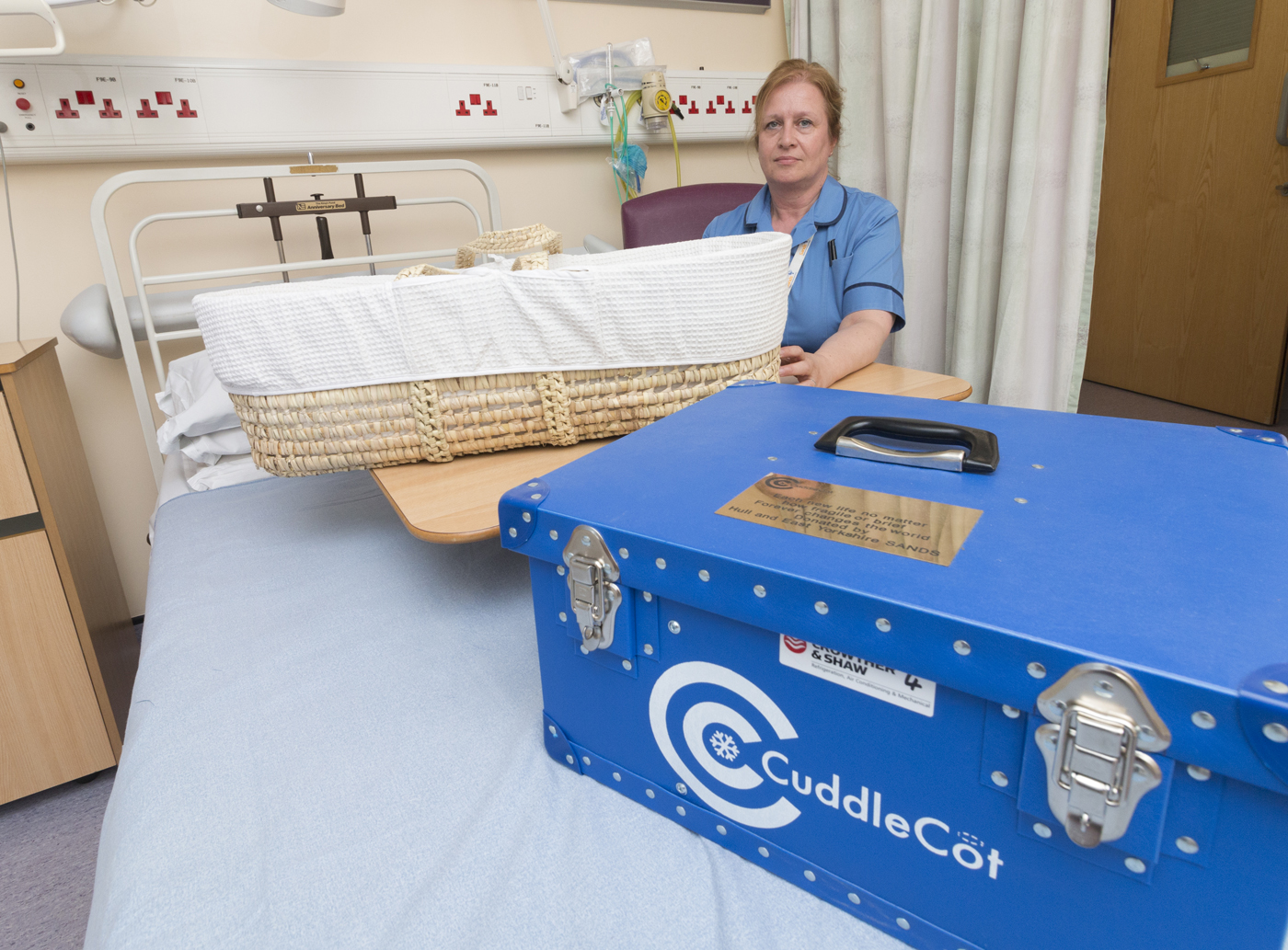 Families of babies who die before or just after birth will be given the chance to spend precious time with their children in their own homes.

Specialist bereavement midwife Sue Cooper said: “The introduction of the two portable cold cots is another step forward in improving our support for bereaved families.

“It was difficult for us to offer that service in the past because you need special conditions to look after a baby in a home environment.

“Now, thanks to the generosity of Sands charity and a family who wanted to help our Neonatal Intensive Care Unit (NICU), we have two portable cold cots allowing families to take their babies home if that’s what they want to do.” 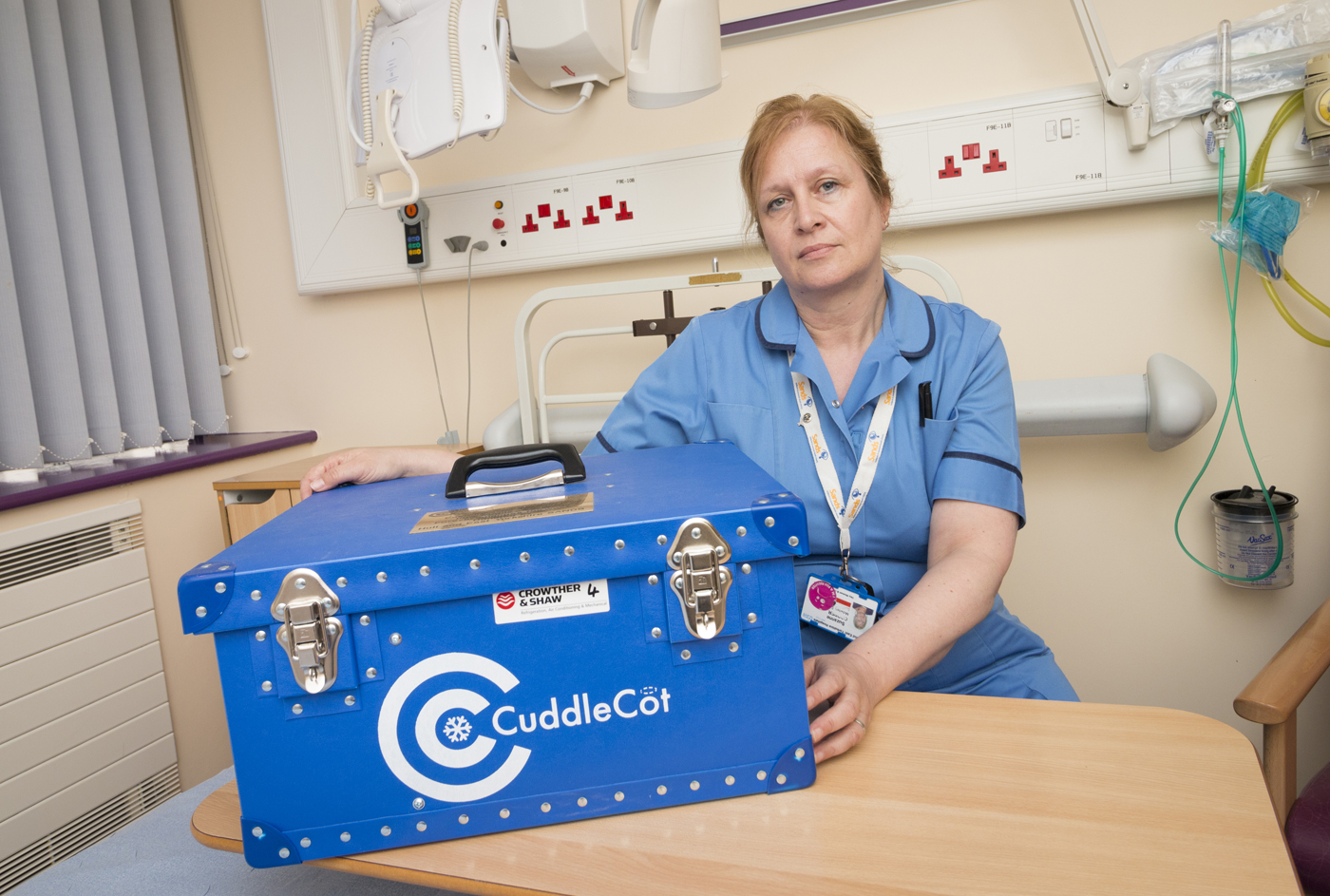 National charity Sands recommended all hospitals have a specialist bereavement midwife role and the trust introduced Sue’s role in February 2017, with support from a local charity Abbie’s Fund.

A new maternity strategy was produced alongside a national commitment to improve bereavement services around the country as grieving families had not always received appropriate care.

Hull was one of 11 hospital trusts chosen in October to trial new National Bereavement Care Plans covering five areas – the loss of a baby in early pregnancy, terminations linked to foetal abnormalities, stillbirth, neonatal death and the sudden death of a baby up into the age of one.

The trust recently introduced a new policy to offer scans and “Forget-Me-Not” memory boxes to women suffering early miscarriages, ectopic and molar pregnancies. Memory boxes are also given to families experiencing the death of their babies before or just after birth.

A dedicated room, away from the other labour rooms, has also been set up at Hull Women and Children’s Hospital where women who have been told their babies have died can be in a peaceful setting up to and after the birth of their child.

Supported by Sands, the maternity service is looking to provide a second room for additional capacity so families are not rushed to leave as they grieve their babies if another requires the special suite.

Cold cots were already available in the labour ward and in NICU but, until now, families have not been able to take their babies home.

The new portable cold cots have cold plates which can be fitted inside a Moses basket , allowing families to leave hospital and take their babies home before their funerals if they wish.

Sue Cooper said: “We want to make sure our families have options so they can begin to grieve for their babies in the best way for them.

“We are determined to ensure our service responds to people as individuals rather than adopt a blanket approach.

“At this trust, we are determined to listen to families, respond to feedback and ensure we provide women and their partners with the right support, tailored to their needs, when they experience the death of their child.”