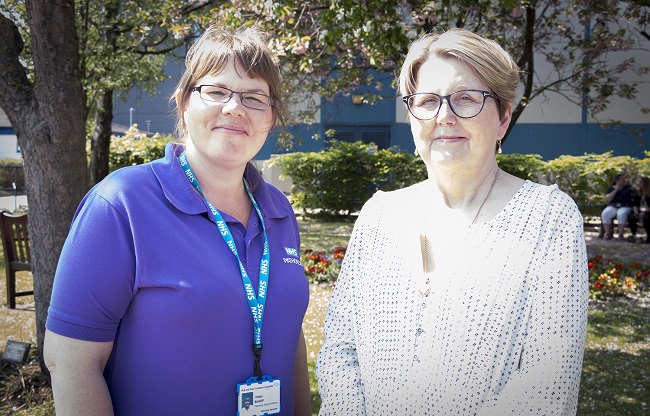 The women, who worked for Hull University Teaching Hospitals NHS Trust, say the support from each other and their workmates helped their recovery.

Helen said Mandy’s experience gave her hope while she was on the transplant list.

“You can speak to other people about it but no-one can really understand unless they’ve been through it,” She said. “Mandy and I become good friends and still see each other for a coffee and a catch up,”

Mandy was diagnosed with Langerhans cell histiocytosis (LCH), a rare disease classified as a cancer, around 15 years ago.

She developed primary scelorising cholangitis (PSC) in summer 2015 and underwent a liver transplant at St James’s Hospital in Leeds on Easter Sunday 2016 after three false alarms.

She was back working in the pathology department when she discovered Helen also needed a transplant.

Mandy said: “I knew Helen by sight but we met up a few times and I hope I was able to help her.”

Helen, who lives in Hull with husband Richard and their two children Joshua, 7, and three-year-old Ruby, had Crohn’s disease. Blood tests highlighted problems with her liver function and doctors discovered she had primary biliary cholangitis (PBC).

Although she had already lost five stone through Slimming World, Helen lost her appetite, became jaundiced and lethargic and went off sick.

Her friend and workmate Sharon Newlove put her in contact with Mandy, then recovering from the transplant.

After three months on the waiting list, Helen received the call to say a suitable liver has been found and she underwent transplant surgery in March 13, 2017, after two false alarms.

“My life has changed completely,” Helen said. “I feel fantastic.

“I can do stuff with my kids now when, before, they would know Mummy wasn’t feeling good so had to go to bed.”

Touched by their friends’ experience, staff in the pathology department were determined to raise awareness and increase the names on the organ donor register.

Sharon Newlove, a supervisor at blood sciences, teamed up with medical lab assistant Karen Hudson to arrange a charity football match against Hull City veterans and a variety show at the Northern Academy of Performing Arts earlier this year, raising £1,728. 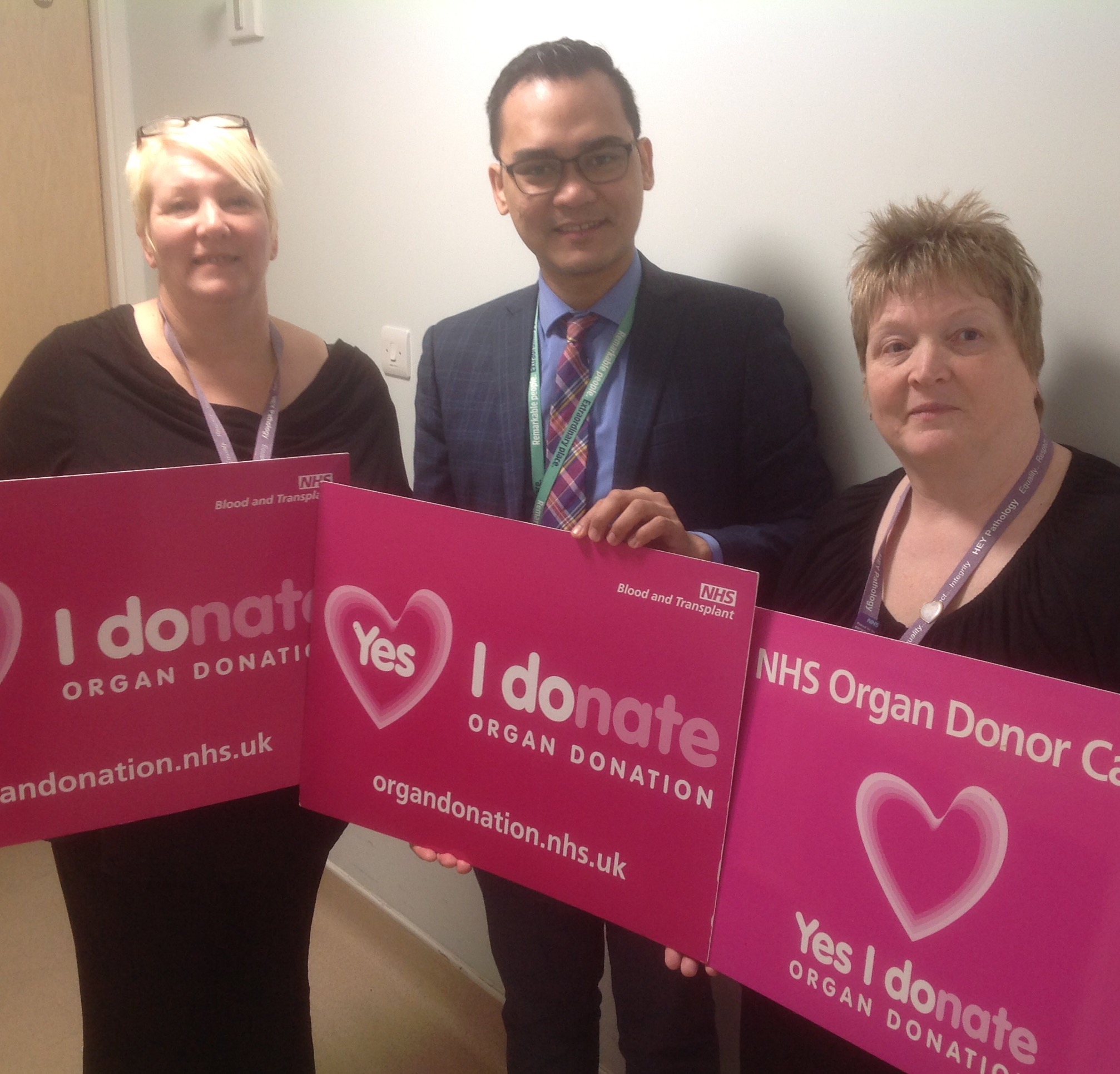 Sharon said: “We thought there was something more we could do to help and what started out as a peanut of an idea became this big thing.

“The response was just so amazing and we can’t thank the people who supported us and our friends enough.”

Some of the money will be used to buy a television for transplant patients visiting the Bexley Wing at St James’s Hospital and some will be given to the trust’s own transplant team, which recently achieved its most successful year after 35 families agreed to donate organs from their loved ones.

Mandy said: “It’s meant such a lot to see what our workmates have done. I can’t find the words to say how much I appreciate it.”

Helen said: “I want to do whatever I can to promote organ donation and I’m really grateful to the people at work. They’ve been brilliant.”