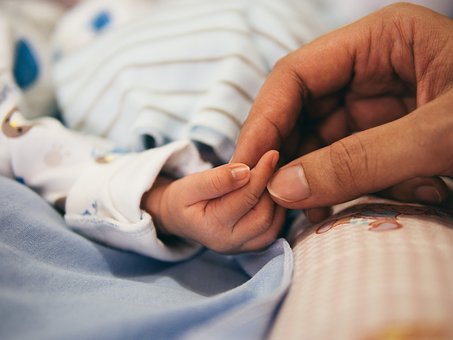 1902: ‘Legitimate’ midwives were created with the passing of the Midwives Act

1905: The first Supervisor of Midwives was appointed by Hull Corporation on 1 March

1912: Hull opens its first maternity home for women at risk of complications during labour and birth at 569 Holderness Road. Although the service was free, women had to pay £1 on admission to the six-bed home. However, 10 shillings was refunded when the woman was discharged home along with bedding and clothing for her baby.

1918: The home in Holderness Road is extended, taking in the neighbouring property at 567 to create a home with 14 beds. The number was reduced to 11 two years later after the Ministry of Health expressed concern that the home was overcrowded.

1921: The East Riding gets its first maternity home, a two-bed home alongside the Infants Clinic in Church Street, Driffield. It had later increased to 11 beds by the start of the Second World War.

1924: A temporary home was found at maternity services in Cottingham. The 36-bed maternity block was established at the City Hospital for Infectious Diseases, now the site of Castle Hill Hospital.

1929: The former sanatorium in Hedon Road, first opened in May 1887, becomes Hull Maternity Hospital. And it’s state-of-the-art, with two labour lifts, two receiving wards and an operating theatre. There are 83 beds, including 49 for maternity and 10 isolation beds.

1938: Hull Maternity Hospital has increased to 120 beds. The Townend Maternity Home with 10 beds opens next to Hull Hospital for Women in Cottingham Road

1939: Maternity wards with 16 beds are opened at the Avenue Hospital in Westgate, Bridlington, by Minister of Health Walter Elliot MP. Hull Maternity Hospital on Hedon Road becomes a receiving hospital for war casualties because of its proximity to the docks.

Emergency maternity cases are sent to Hull Hospital for Women in Cottingham Road. And 46 beds for Hull women are provided at Gate Burton Maternity Home near Gainsborough in Lincolnshire. Women who required treatment here were taken across once a week by a special bus service. Women from the East Riding went to a similar emergency home in Malton.

1940: Hull Maternity Hospital reopens when the feared air raids failed to materialise. However, it was closed within three months as the Germans stepped up their attacks on the city.

1941: Once more a casualty receiving hospital, Hull Maternity Hospital is bombed four times. The final attack on the night of 8th to 9th May, the worst night of the Blitz on Hull, put the hospital out of action for the rest of the war.

Hull Hospital for Women is also bombed and is out of action for three months.

A Greystones Maternity Home in Northgate, Cottingham, opens with 12 beds as emergency provision.

1945: Hull Maternity Hospital starts accepting maternity cases once more, this time with a reduced provision of 48 beds and eight cots.

1961: An antenatal clinic opens at Hedon Road as part of the move to centralise all maternity services at the site.

1974: A new maternity hospital for Hull, next to the Hull Royal Infirmary tower block is planned.

1986: The £1m Alan Bibby Wint increases the capacity at Westwood Maternity Hospital to 54 beds with 10 Special Care cots and a modern theatre.

1988: Diana, Princess of Wales, visits the Westwood to open the unit, presented with a posy by Sister Needham, the hospital’s longest serving midwifery sister. Her visit on September 29 lasts just one hour before lunch at Willerby Manor.

1997: The last baby is born at Beverley Westwood, with services transferred to the new Department of Women’s Health at Castle Hill Hospital.

2012: The Jubilee Birth Centre closes due to staffing concerns. All services are transferred to Hull Women and Children’s Hospital.