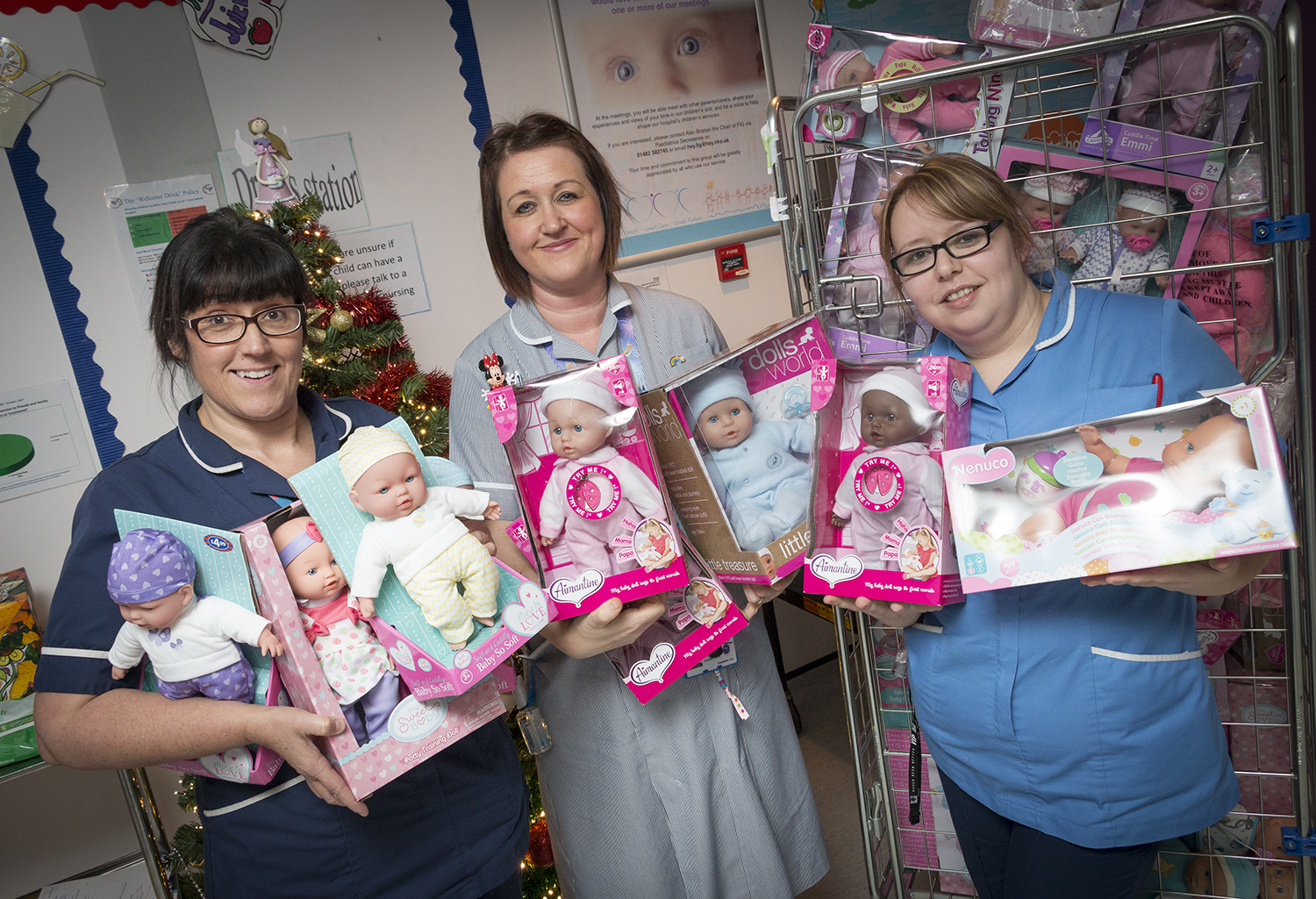 She was on shift when a colleague from the Department of Elderly Medicine arrived with a story which moved her to tears.

Health care assistant Sally Hilton, 39, was working on Acorn Ward in Hull Women and Children’s Hospital when a member of staff from the 8th floor appealed to them for help.

Sally said: “She asked if there was any chance we could help them because they had a patient who was due to go home the next day but wouldn’t go home without ‘their baby’.

“We have dolls on the ward here so we gave her one for the patient and they went home quite happy but it just really choked us.”

Sally, who has worked for the trust for more than eight years and became a health care assistant on Acorn 18 months ago, had planned good deeds alongside treats such as a holiday and shopping trips to mark her 40th birthday in June.

And she decided to add the ambition of collecting 40 dolls in 40 days to help calm and comfort patients with dementia coming to Hull University Teaching Hospitals NHS Trust.

“I used the power of Facebook to post a status and it just went crazy,” said Sally.

“Within two weeks, I’d collected 64 dolls and it’s now gone up to 77. It was lovely to see the generosity, not just of my friends and family, but of people I didn’t know who heard what I was doing.

“I’d people coming up to my door to give me dolls and you should have seen my living room by the time I was finished.”

Supported by ward sister Joanne O’Connor, Sally was able to hand over the dolls to the Department of Elderly Medicine to give to patients on Ward 8, 80, 9 and 90.

Joanne said: “We’re all very proud of Sally. I was on shift with her when it happened and it moved us all, thinking about the patient.

“But Sally was determined to do something about it and we’re thinking of making it an annual event.”

Debbie Hamer, business manager for the wards, said: “Some of our patients go back to their younger days and like to have a little cuddle with a doll or a teddy.

“This was just such a lovely gesture by Sally and patients are free to take them home.”