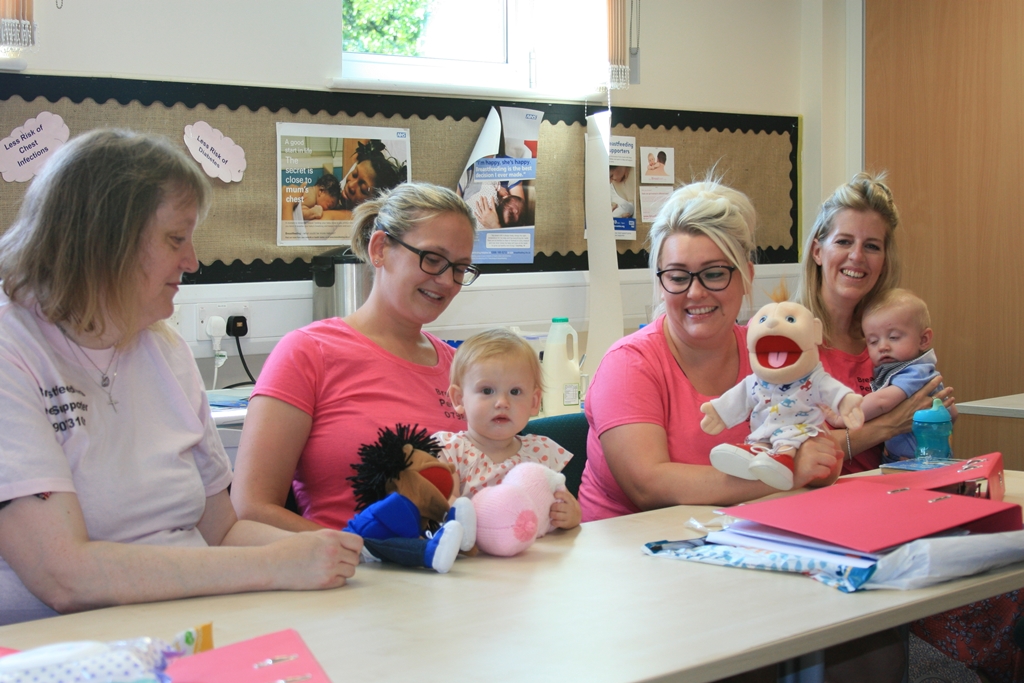 Specialist clinics designed to help new mums in the crucial early days of breastfeeding will be launched in Hull next week.

The benefits of breastfeeding have been widely known for some time, but despite some mums’ best efforts, they still have difficulty giving their baby the best possible start.

The clinics will be held in relaxed surroundings within the Fatima Allam Birth Centre, and will be supported by the Goodwin Breastfeeding Peer Support Team*.

“Women have lots of different things to think about when they’ve just had a baby and, naturally, feeding is often high up the list. It is well known that, if women are given access to specialist advice and support with breastfeeding in the very early stages, they are more likely to be successful. In turn, breastfeeding can strengthen babies’ immune systems in the early months, helps to create a strong bond between mum and baby, and can even reduce a woman’s risk of breast and ovarian cancers longer term.

“For several months, we have been holding a number of ‘pilot’ clinics to determine how best to offer breastfeeding support to new mums in the early weeks, and determine what they would want out of such a service. Using the feedback we’ve received, we’re now pleased to announce a regular series of clinics will begin this week within the Women and Children’s Hospital to help with issues such position and attachment, baby weight loss and increasing milk supply.  Our specialist midwives will also be assisted in the clinic by members of the Goodwin Breastfeeding Peer Support Team, who can offer general breastfeeding advice and mum-to-mum support.”

Nicola Jones was one of the first mums to attend one of the pilot clinics. She says:

“We needed a lot of support in the beginning with position, and then it was just about reassurance that what I was doing, and how my baby was feeding, was right.

“The clinic support really helped and gave me confidence to carry on. Six months on and it seems like second nature.  I can’t believe it was ever that difficult. I’m so glad I was able to get the support and advice I needed to stick with it.”

The infant feeding clinics are open to any woman who has given birth in the Hull and East Riding area.  Women will be referred to the clinics for specialist breastfeeding support by their community midwife if there are issues around weight loss or supply which they have been unable to support to improve.  Women can also refer themselves for peer support by contacting the Goodwin Trust.

The launch of the clinics is just one initiative taking place locally to mark Breastfeeding Awareness Week. The Infant Feeding Coordinators and Peer Supporters will also be talking to women in the antenatal clinic, and gifting each with a ‘golden moments’ keyring. The keyring is designed to introduce the topic of breastfeeding and highlight its benefits for both mum and baby’s health and wellbeing.

Midwives and nurses from the neonatal and children’s wards will also have a stand in the entrance to the Women and Children’s Hospital throughout the week.  They will be sharing advice and displaying information about the ‘Big Latch On’ events taking place regionally and nationally, where women gather to breastfeed and offer peer support.

This group of staff has also come together to form several new internal working groups aimed at improving and ensuring best practice for breastfeeding mums and babies under the group name, “HEY! Let’s support our mums to breastfeed.”

More details about the ‘Big Latch On’ events can be found at www.biglatchon.org  The team will also feature on the City of Culture’s ‘Challenge Hull’ page throughout Breastfeeding Awareness Week , where you will also be able to find out more about support and activities in relation to breastfeeding throughout the city.