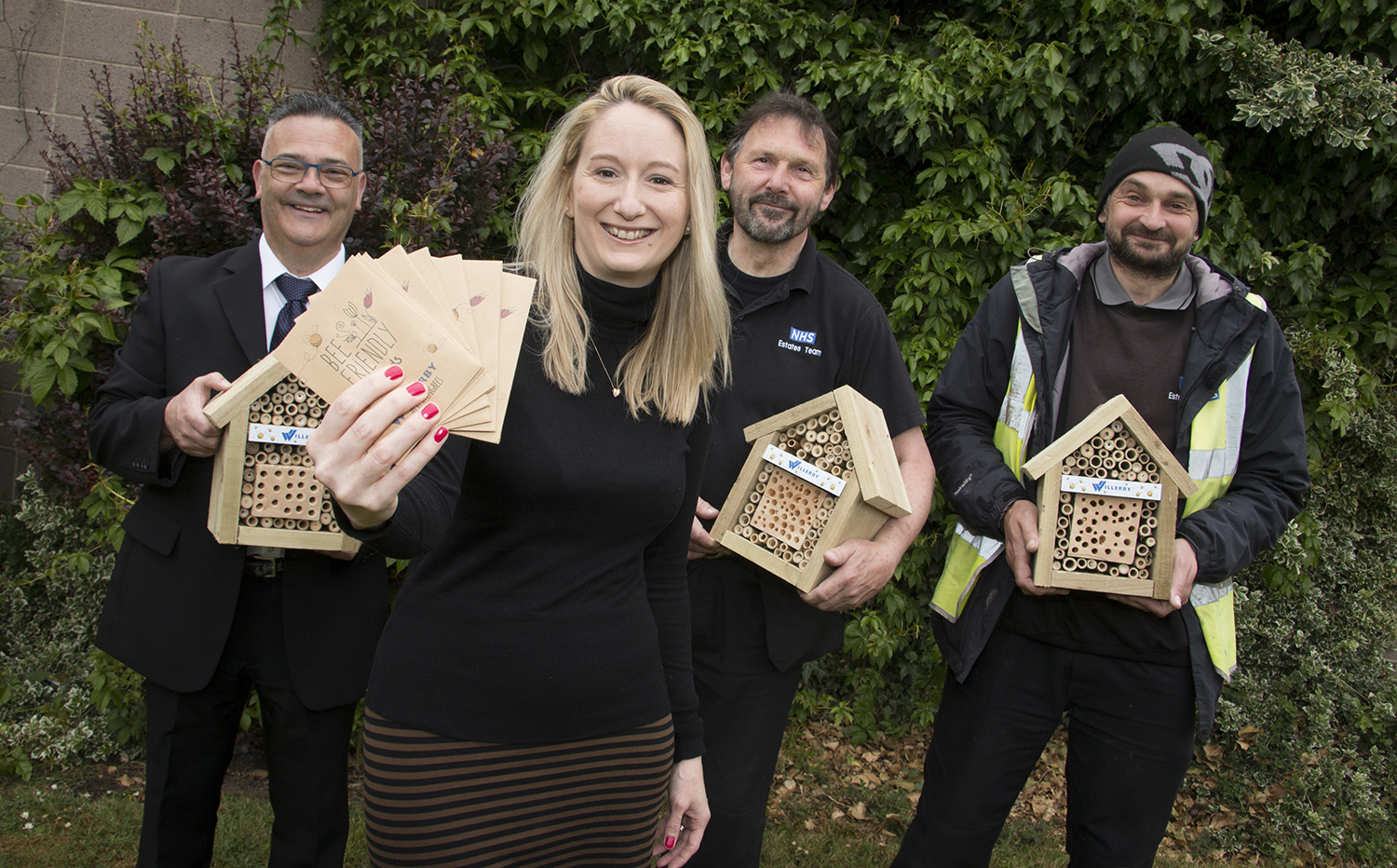 Hull-based manufacturer Willerby has got hospital staff and patients buzzing about its new WillerBee campaign, thanks to a donation of 500 packets of special bee-friendly seeds and four handcrafted bee houses.

Hull Royal Infirmary has taken the holiday home manufacturer’s campaign under its wing, with gardeners from the hospital planning to create a small patio area outside the hospital’s therapies centre and plant more seeds in new flower beds across the site.

In the coming weeks the bee houses, which have been crafted specially for Willerby’s campaign by prisoners at HM Prison Hull, will be situated around the therapies centre, where there are already plants and shrubs which are known to attract bees.

It’s hoped that as well as supporting the conservation of the bumblebee, the flowers and boxes around the Hull Royal Hospital site will brighten up the grounds for staff, patients and visitors alike.

“We really appreciate Willerby’s kind donation of wildflower seeds and bee houses. By planting flowers and creating areas which will attract wildlife, we’re hoping to make the hospital environment that bit more pleasant and relaxing for patients, visitors and staff.”

Willerby recently became a corporate member of the Bumblebee Conservation trust and this latest partnership with Hull Royal Infirmary is just one of a string of collaborations, as part of its year-long campaign. Armed with more than 20,000 packets of special bee-friendly wild flower seeds to rebuild the native bumblebee’s disappearing habitat, Willerby is enlisting the help of schoolchildren as well as its staff, suppliers, customers and members of the Willerby Owners’ Club to ensure they reach every corner of the UK this year.

“The response to the Willerbee campaign has been phenomenal so far – we’ve distributed thousands of packets of seeds and it’s fantastic to see how Hull Royal Infirmary in particular has got behind the campaign. We’re looking forward to seeing the wildflowers once they start to bloom and see the difference they make to our environment.”