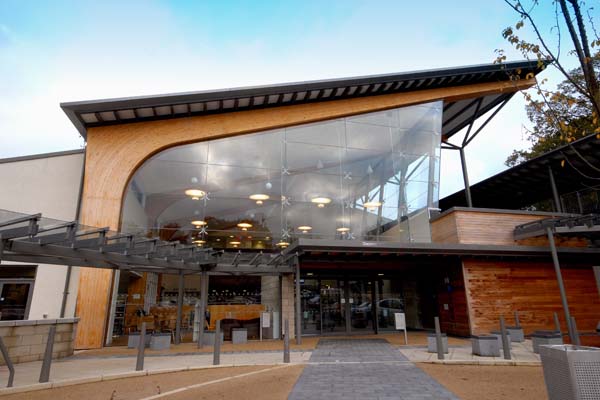 Plans to install Wi-Fi at the Queen’s Centre for Oncology and Haematology in Cottingham have been brought forward thanks to the campaigning efforts of one local man.

Terry Garnett tragically lost his wife, Beverley, to pancreatic cancer in February after she was diagnosed with the disease last August. Whilst receiving treatment in the centre, which forms part of the Castle Hill Hospital site, Beverley found it difficult to stay in touch with loved ones due to a lack of mobile phone reception and data signals.

Beverley’s dying wish was to enable more people in receipt of cancer treatment to keep in touch with family and friends whilst in hospital; a mantle which Terry took up with Hull University Teaching Hospitals NHS Trust shortly after her death.

“Beverley was diagnosed with terminal pancreatic cancer in August and, shortly afterwards, she was admitted to Ward 32 for treatment. Beverley spent two weeks in the Queen’s Centre, and largely had to rely on visitors to the ward to be able to speak with family and friends; there was no other way for her to be able to talk to or stay in touch with loved ones.

“At such a difficult, stressful and upsetting time, it’s so important to be able to keep in touch. My wife felt frightened, upset and isolated, and we, her family, were missing out on precious time with her.

“On numerous occasions when I was visiting the ward, I noticed other patients having to move to communal areas to try and get a mobile signal in order to have very personal and moving telephone conversations with their loved ones. This is something that patients undergoing going cancer treatment simply shouldn’t have to worry about.”

Terry took it upon himself to begin to raise money in Beverley’s name, and through the efforts of his friends and family, and with the generous support of the local community touched by his campaign, Terry has now raised well over £10,000.

“I wish to thank the local people for their generosity which highlighted the support for this campaign and equally the media support given to my campaign by David Burns of BBC Radio Humberside. I am pleased that Chris Long was so understanding and receptive to implementing the Wi-Fi installation. It is of some comfort knowing that I have now fulfilled the promise to my dying wife to have Wi-Fi installed at the Queen’s Centre within Castle Hill.

Terry recently met with Chris Long, Chief Executive of Hull University Teaching Hospitals NHS Trust to discuss Beverley’s experience, and Chris has since moved to bring forward plans for free public Wi-Fi in the Queen’s Centre. Originally scheduled for 2018, work to install free Wi-Fi within public and clinical areas of the building is now expected to be complete by October.

“It was incredibly moving to hear Terry’s story and I’d like to thank him for bringing this matter to my attention.

“Patients receiving treatment for cancer have enough to worry about without having to think about when they’ll next speak to their partner or children, and I fully appreciate just how difficult and upsetting this can be for both patients and their families.

“There is already a secure Wi-Fi system in the Queen’s Centre which is used exclusively for internal clinical systems, and we do have to prioritise this to ensure patient information, such as scans and test results, can be shared quickly and securely between clinical teams.

“Plans to install public Wi-Fi at the hospital were already in the pipeline, as part of a two-year IM&T strategy, however following discussions with Terry and our IT team, we will be looking to bring this work forward with a view to patients and visitors being able to log on from the autumn.

“I can see just how much potential there is for Wi-Fi installation to benefit patients and improve the overall experience of people in our care, so it seems only right to expedite this work.”

The start of the works will be subject to a successful procurement process by the Trust. As the Wi-Fi installation was scheduled to be carried out by the organisation, Hull University Teaching Hospitals NHS Trust will pay for this work, while funds raised by Terry will be used to purchase portable devices and equipment, such as iPads and tablets, for use by patients while in hospital.