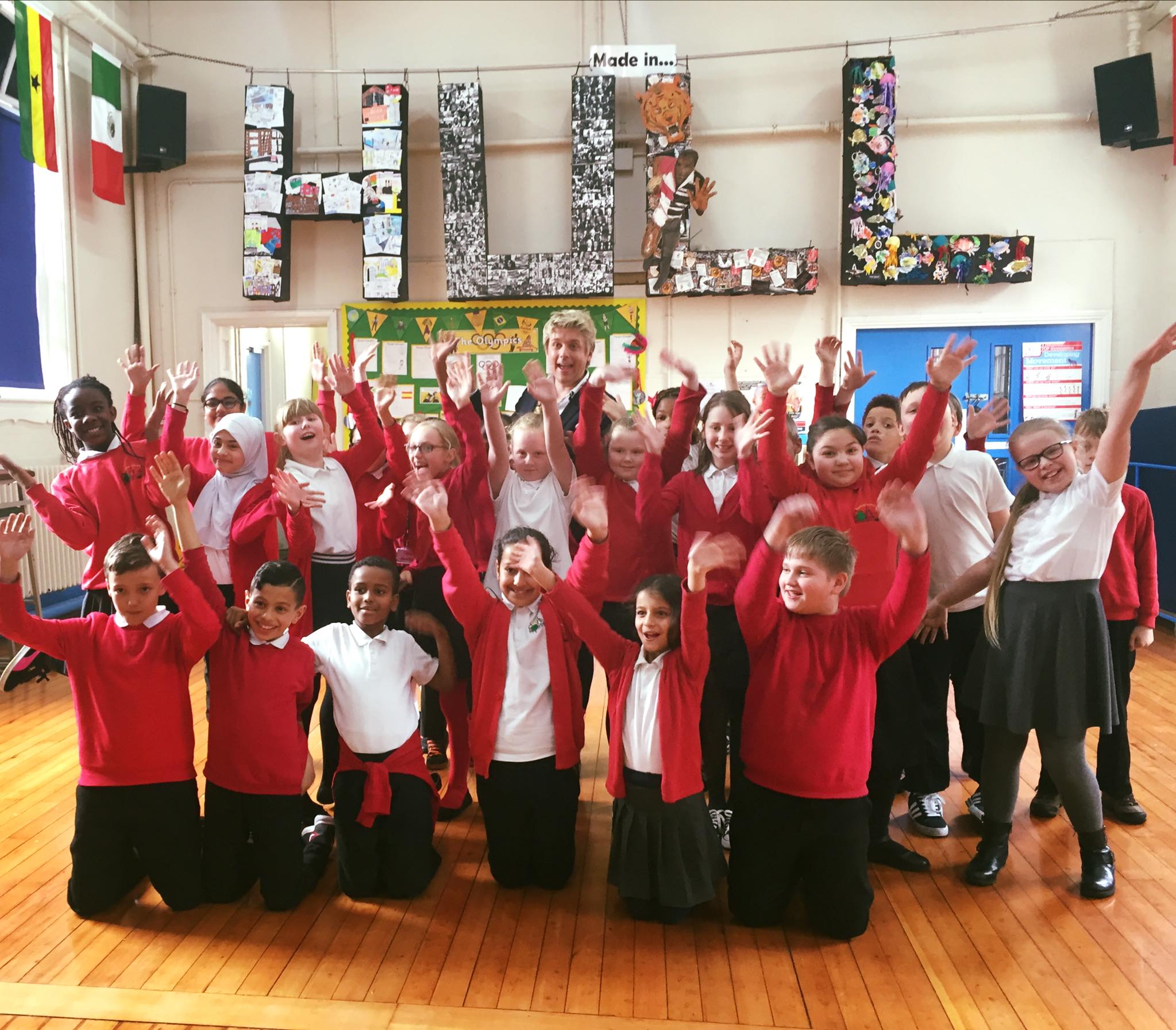 Pupils from four local primary schools will take the first steps towards penning ‘A Song for Hull’ today when they receive a visit from two special guests.

Students from eight schools across the city have been invited to take part in the Song for Hull project; one of 60 projects to be supported this year with a City of Culture Creative Communities grant.

Pupils will talk about what Hull means to them, how the City of Culture is inspiring them, and then get their thoughts down on paper in the form of a poem. Using these poems and the work of other pupils in participating schools, Nineties Boy will then create lyrics for the Song for Hull.

The song will be performed by around 240 school pupils at Hull City Hall in October, supported by members of Hey Let’s Sing; the Hull University Teaching Hospitals NHS Trust staff choir, along with Jonathan, Nineties Boy, and Britain’s Got Talent starts, the Garnett Family.

The aim is to instill pride in young people, raise their aspirations, and give them a once-in-a-lifetime opportunity during the 2017 City of Culture year which they will never forget.

“This is exactly what Creative Communities is all about – showcasing local talent while giving young people an opportunity to develop that talent by working with national artists. Not only will the children be sharing the stage with a multi-platinum selling artist in October, but they will be performing a song specially written for them based on their own words.”