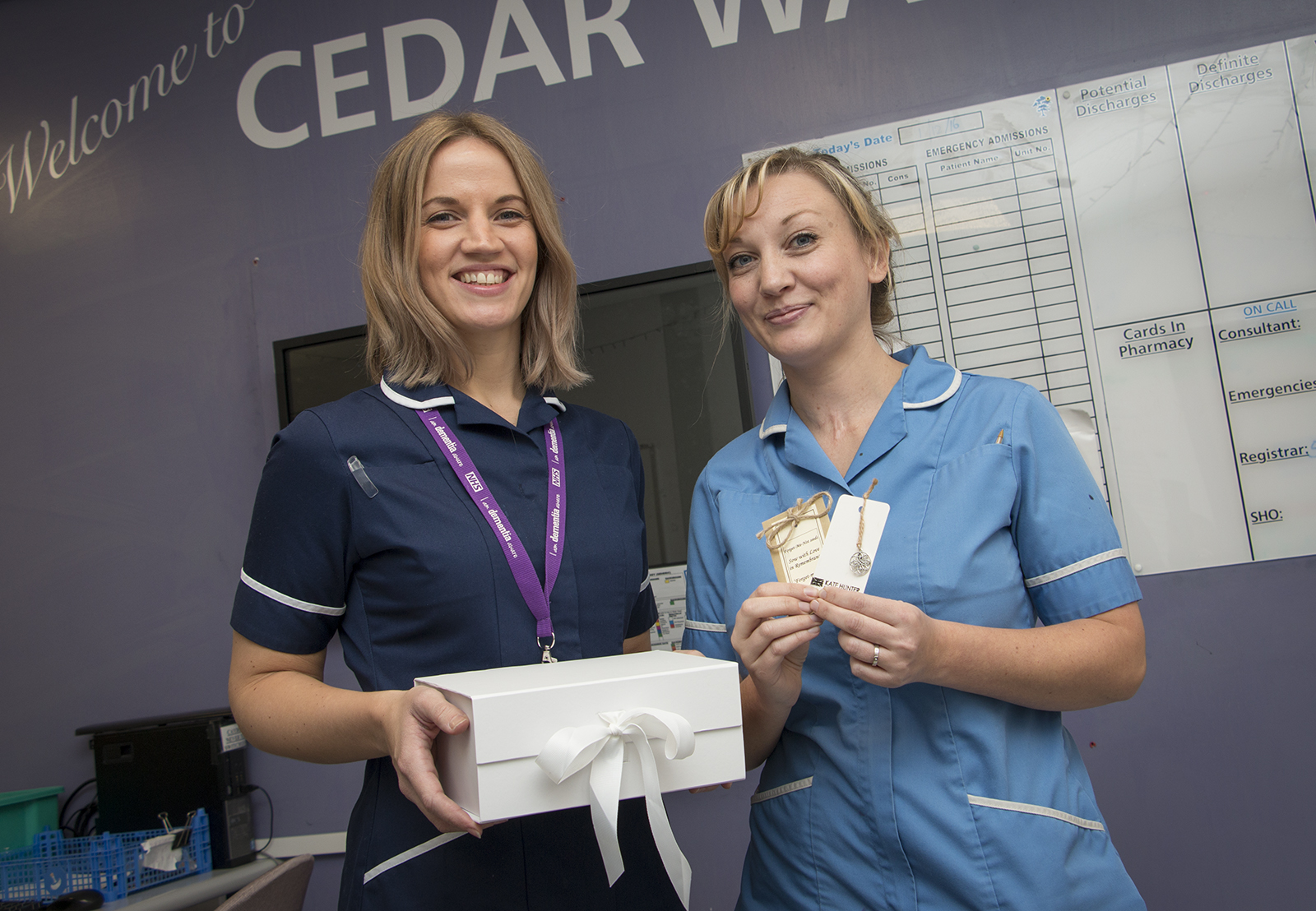 Families in East Yorkshire who lose a baby at an early stage of pregnancy are set to receive special ‘Forget-Me-Not’ memory boxes to bring comfort and help them grieve.

Hayley Ellenton, a Staff Nurse at Hull Women and Children’s Hospital, Hull Royal Infirmary, recognised the need to create something more bespoke for parents who lose a child either due to miscarriage, ectopic or molar pregnancy.

Hayley has since set up the Forget-Me-Not Fund to raise money to purchase and fill the boxes, which will be given to women who have suffered the early loss of a baby on Cedar Ward at the Women and Children’s Hospital and via the Early Pregnancy Assessment Unit (EPAU).

“Early pregnancy loss can often be overlooked or not seen as important, but from the moment a couple know they’re expecting a baby, they start to make plans and look forward to their new arrival. The grief felt when this type of pregnancy is lost is real grief, and can be very hard to come to terms with.

“As nurses and doctors, we can do our very best to support women going through early pregnancy loss by making sure they are physically safe and providing short term emotional support, but as miscarriage is something very close to my heart, I wanted to go beyond that and provide something that would be of comfort longer term.

“I set up the Forget-Me-Not Fund as a means of raising money for the memory boxes and their contents. We already have memory boxes to give to parents who lose a baby in later pregnancy, which are beautiful, but can contain some things which aren’t appropriate for an earlier loss, such as items for hand and foot prints.

“Not all women will want a memory box or find comfort in their contents, but we recognise everyone grieves differently, and we feel it’s important that these early losses are seen as no less significant than later losses.”

The Forget-Me-Not memory boxes are set to contain:

The pendant has been designed specifically for the Forget-Me-Not Fund by Willerby-based jewellery designer, Kate Hunter. As well as offering her services for free to support the project, Kate has also kindly agreed to donate a further pendant herself for every pendant which is sold via her website. Pendants are priced at just £3.50 including P&P, and can be ordered via www.katehunter.co.uk

“Working with Hayley and our local NHS has been an emotional experience and one to be remembered. Hayley asked me to design the piece loosely around the forget-me-not flower, so I have designed the keepsake remembrance piece as a silver circular flower pendant, encased with stencilled petal leaves, an angel wing, and a gold tone glass bead.

“This was a very sensitive and heartfelt project, and I was very honoured to be a part of it.”

“This is a fantastic idea, as we have never had anything special to give to parents following this kind of early bereavement. Boxes are donated to maternity services from charities to give to parents who have lost their babies in the later stages of pregnancy or at birth, which are lovely, but not always appropriate for an early pregnancy loss.

“Hayley is so thoughtful, and has spent a lot of time and energy getting this project off the ground. She has already raised money for the Forget-Me-Not Fund with a sponsored ‘Choc Stop’ during October, which was Pregnancy and Infant Loss Awareness Month, and is now in the process of organising a Christmas Raffle.

“The pendants are also a really welcome and unusual fundraising addition, as not only will women who have suffered an early pregnancy loss have a bespoke pendant to keep with them in remembrance, but others can also show their support by wearing them, knowing that they are also supporting newly bereaved families at the same time.”

Forget-Me-Not pendants can be purchased via the Kate Hunter website: www.katehunter.co.uk for £3.50 each (incl P&P).