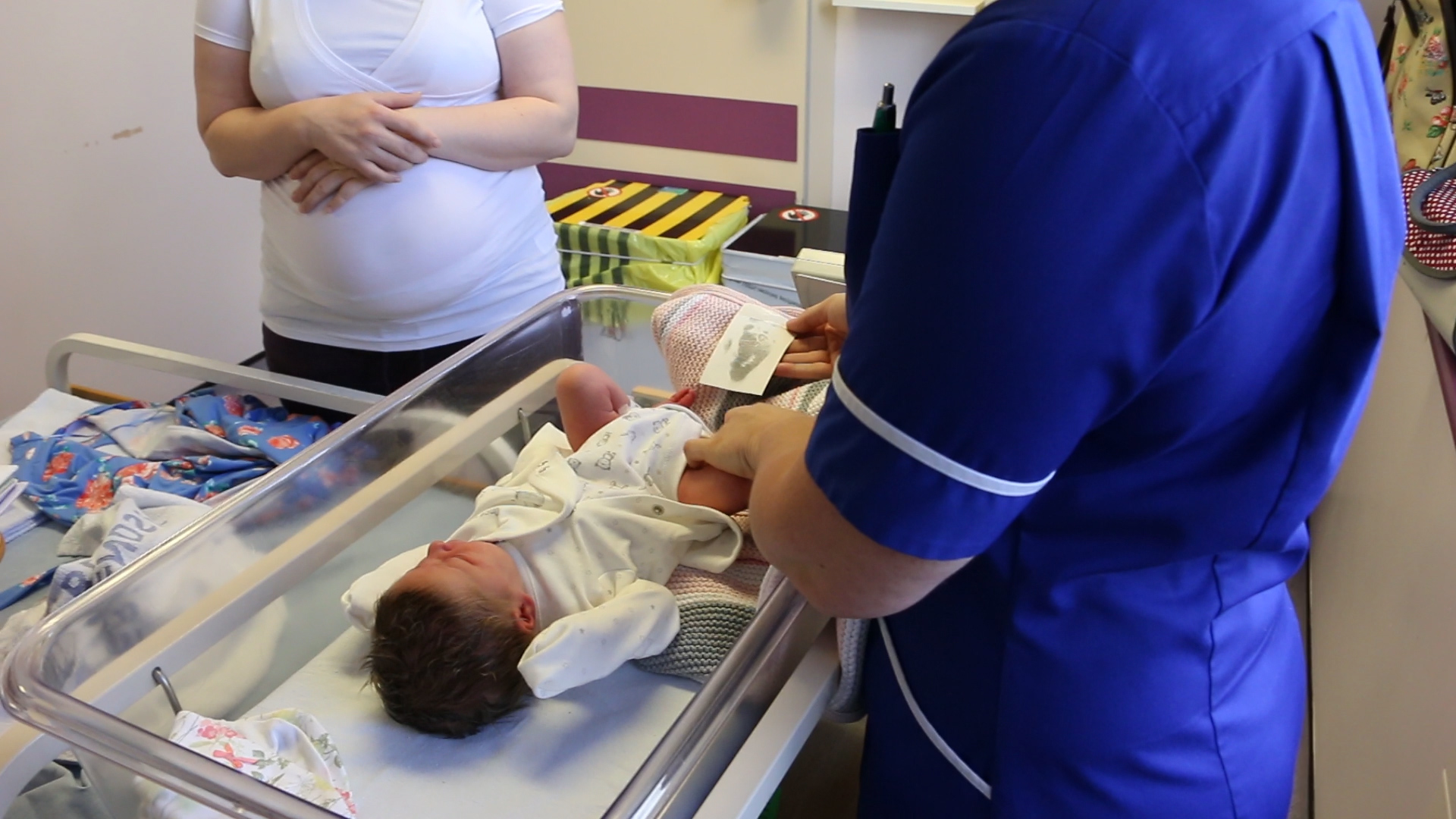 A team of local midwives is celebrating after being chosen to receive funding for a special project from the Hull City
of Culture Team.

‘Born into a City of Culture’ will see footprints taken from every baby born in Hull in 2017 and used to create a
mural in the Women and Children’s Hospital. The artwork will depict trees throughout the seasons, month by
month, with the leaves and branches formed from baby footprint impressions, and the supporting trunks made
from the handprints of local midwives.

The artwork is the brainchild of Sallie Ward, Community Midwife for Hull University Teaching Hospitals NHS Trust,
and will involve both hospital and community midwives across the Trust for the duration of the year.
Sallie says:

“2017 is going to be a very special year for the city, so I thought it would be great to try and mark this in some way
for every baby born in Hull next year too.

“As a service, and as a city, we’re welcoming of everyone, and so what I love about this project is that it enables
everyone to be involved, even if people don’t think culture is their thing or wouldn’t normally be inclined to get
involved in arts projects. It will also create a lasting legacy, as once the artwork has been displayed in the Women
and Children’s Hospital for the year, the plan is to then move it elsewhere in the community so more people can
see and enjoy it.

“For around 6,000 children born in 2017, they will become part of something special straight away, and for their
parents, it will be something for them to talk with their children about for many years to come.”
Janet Cairns, Head of Midwifery for the Trust says:

“Hull University Teaching Hospitals NHS Trust is one of the city’s biggest employers, so it’s great that our staff are
getting actively involved in the City of Culture preparations and celebrations.

“Sallie’s idea for ‘Born into a City of Culture’ really captures the imagination and will be a brilliant addition to the
Women and Children’s Hospital next year. We’re all looking forward to helping out and watching the artwork grow
as the months go by.”

‘Born into a City of Culture’ will be displayed in the main entrance to Hull and East Yorkshire Women and Children’s
Hospital on the Hull Royal Infirmary site throughout 2017, and has been made possible through the generosity of
the City of Culture’s Creative Communities Programme.