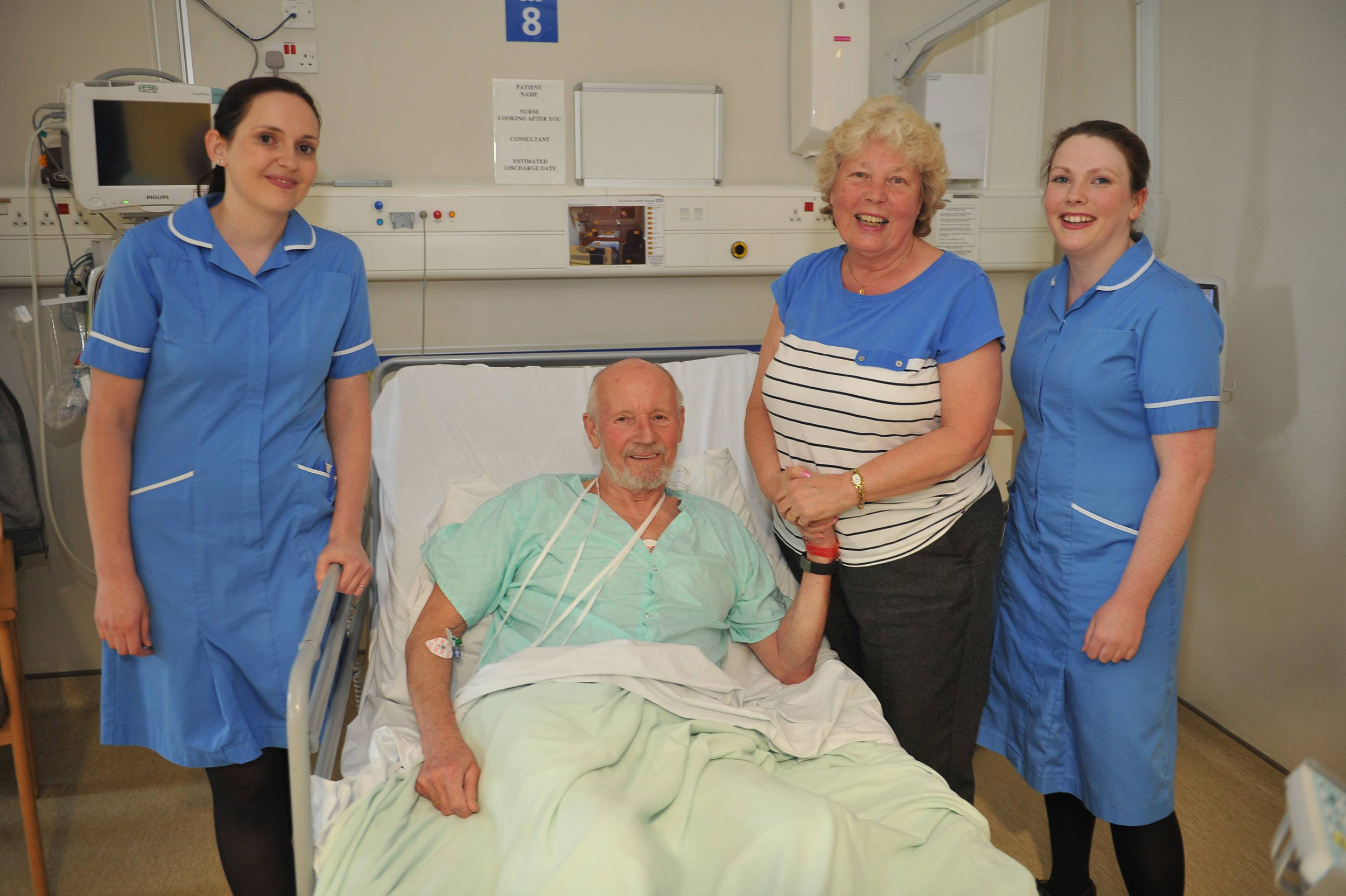 Two off duty nurses from Castle Hill Hospital in Cottingham saved the life of a local man this week after he became unconscious whilst swimming.

Christina Scurr and Kristina Peat, both Staff Nurses on Ward 26, were enjoying a dip in the pool at Total Fitness in Willerby when the incident happened on Tuesday night.

After hearing cries for help, their swift actions and years of nurse training ensured they were able to pull Tony Nichols, from Kirk Ella, out of the water and restore his breathing before an ambulance arrived.

“Kristina and I had just been swimming a few lengths when, all of a sudden, we began to hear cries for help from the other end of the pool. We looked over and saw Mr Nichols face down in the water.

“At that point, we didn’t hesitate: I swam over whilst Kristina got out of the water and ran round to help.

“We didn’t really think about our actions at the time; as nurses we’re trained to deal with the unexpected.  We’re just pleased to hear that the action we took has helped Mr Nichols and he’s now on road to recovery.”

The two nurses’ manager, Tracy Drury, is the ward sister on Ward 26 at Castle Hill Hospital. She says:

“It’s often said that a nurse is never off duty, and this was certainly true of Christina and Kristina in this case. What they did was fantastic, and we’re all pleased to see that there has been a positive ending to this story.

“Christina and Kristina are an inspirational pair of dedicated nurses, and every member of their team is incredibly of proud of them.”

Mr Nichols is now recovering well from the incident, and both he and his partner have passed on their thanks in person to the two nurses when they met at Castle Hill Hospital on Wednesday evening.